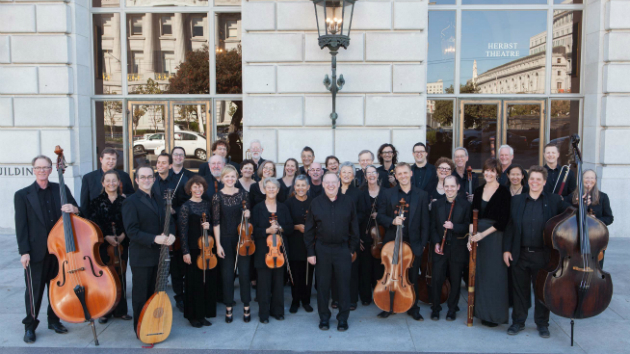 If  ever a competition were held to demonstrate that classical does not equal stodgy, Philharmonia Baroque Orchestra Music Director Nicholas McGegan would sail through the challenge with ease. In Philharmonia’s Friday, Dec. 4, pre-holiday performance of Purcell and Handel, these mainstays of the proper English tradition were honored with fluent, graceful performances.

Triumphing over the partially ameliorated, still-dry acoustic of San Francisco’s Herbst Theatre, the orchestra, chorus, and soloists began dispensing joy with Purcell’s Te Deum and Jubilate in D, Z. 232. With an instrumental break for the Suite from the tragedy, Distressed Innocence, Z. 577 – we should all be so lucky to live “distressed” lives that end with jaunty minuets – the evening extended through two vocal gems by Handel, the duet “Tra amplessi innocenti” (In innocent embraces) from Cecilia, volgi un sguardo, HWV 89, and the Ode for St. Cecilia’s Day, HWV 76. 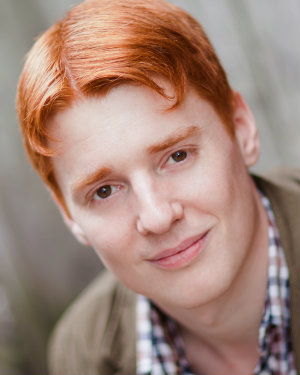 Every work offered rewards, and the stars were many. Vying for top honors, besides McGegan and the orchestra, were the two vocal soloists, the ruddier-than-a-cherry Canadian-American tenor, Isaiah Bell, and the delightful Indian soprano and Yale faculty member, Sherezade Panthaki.

Bell boasts a strong, glorious voice with heroic, oratorio-style ring. Soaring easily into light sweetness at the start of the duet, he subsequently demonstrated that he can produce multiple colors lower in the range and darken his instrument to proclaim with authority when necessary.

True, the extra weight and body he adds to his head voice seems produced by ignoring his instrument’s natural tendency to sweetness, and results in a few slight bumps in the range break. But Bell’s sound is so classic English, and so fresh, that one can simply hope that he will sing as wonderfully as he did on Friday for decades to come.

While Bell sang with a strong leading edge, copious undertones, and a steady, albeit appropriately even and modest vibrato, the “creamier” Panthaki often sang with straight tone, a drier low range, and astounding, gleaming-like-a-knife strength on top. An odd vocal match with Bell in the duet, to be sure, but oh so enjoyable as her character flirted seductively with Bell, and he could not help but blush with bemusement.

When she sang solo in praise of St. Cecilia, Panthaki’s sincerity was palpable, and her trill superb. In her “soft complaining flute” duet with flawless flautist Stephen Schultz, she may have chosen to leave all softness to the instrument, but her rise to the top of her range was marvelous. Of special note was her perfect, non-showy, rapid coloratura in the air, “Orpheus could lead the savage race.” Hers is not a virginal sound, but when she and the chorus sang, “The trumpet shall be heard on high,” like a trumpet she did resound. 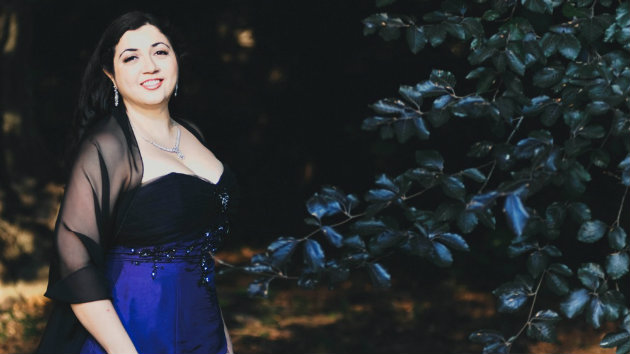 Other vocalists vying for top honors were the members of Bruce Lamott’s Philharmonia Chorale, who sang as sonorously as ever, and countertenor Clifton Massey. As part of a quintet of soloists in the opening Purcell, Massey brought so much color and focus to his part that it was hard to believe that he was singing falsetto. His duet with mezzo-soprano Heidi Waterman was filled with felicitous touches.

Trumpeter Kathryn Adduci was brilliant in her solos, and subbing keyboardist Ignacio Prego played the organ beautifully. His prowess on the harpsichord, however, was difficult to assess in the dryness of Herbst.

Which leads to a discussion of the halls’ partially revamped acoustics. Without question, Herbst’s sound has improved. Thanks to a new acoustic shell that includes a significantly lower, angled “ceiling” to project sound forward, no longer are the musicians and choristers at the rear of the stage sentenced to sonic purgatory. Nor is the sound of the flute, at least the lighter weight baroque flute, compromised by an over-emphasis on its breathy “phhh.” Every instrument and vocalist, no matter where situated, emerged with musically appropriate weight and clarity.

Nonetheless, the treble brilliance so essential to the poetry of period instrument baroque performance still dies off much too quickly as the listener moves farther back in the orchestra. Having intentionally switched seats, sitting in aisle seats in orchestra C 2 and D 101, as well as G 104 in the course of the evening, I experienced the paradox that when vocal soloists, chorus, and orchestra finally came into balance in the seat farthest back, some of their top (including most of the harpsichord) was dimmed.

The good news is, while Herbst’s improved acoustics remain less than ideal, the hall finally allows you to hear just how great and well-balanced an orchestra Philharmonia Baroque is. It was a glorious evening.