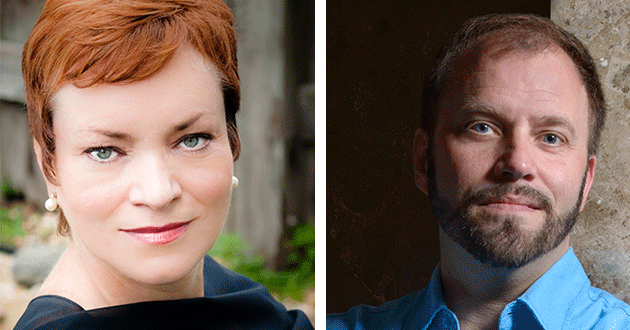 Cheerful trumpet flourishes and festive traverso virtuosities festooned ‘A Joyous Christmas: Vivaldi and Zelenka’, the Philharmonia Baroque Orchestraʼs holiday concert series led by Music Director Nicholas McGegan. But the absolutely most joyful contribution to the ensemble’s performance on Friday night at San Franciscoʼs Calvary Presbyterian Church was delivered by the amazing Philharmonia Chorale, with all due respect for the members of the orchestra and an exquisite quartet of guest soloists.

The Philharmonia Chorale, directed by Bruce Lamott, almost always surprises me in the most agreeable way, but the ensemble was in the best form that I ever heard at Friday’s concert.

The magnificence of that performance should be described in superlatives: Their voices together created a single warm, flexible, ultra-responsive and alert instrument, with superb diction and phrasing and a deep understanding and expressive, rich command of the intention and meaning of text and music.

This was particularly noticeable in Vivaldi’s Dixit Dominus, RV 807, with its many contrasting movements and shifting musical perspectives. 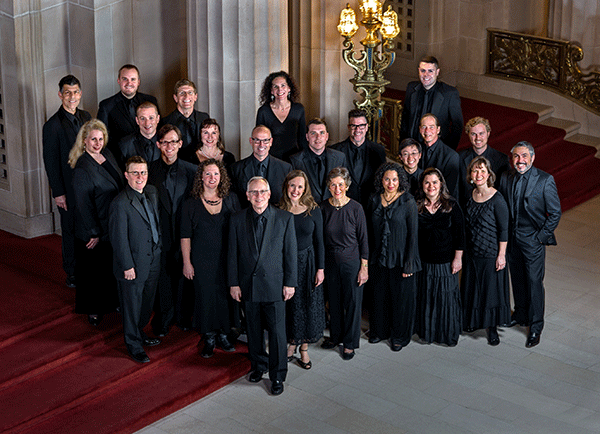 Two of the Chorale’s members, soprano Angelique Zuluaga and tenor Kevin Gibbs, descended to the main stage to sing the second voice in two attractive duets with guest soloists Dominique Labelle (soprano) and Thomas Cooley (tenor), who was impressive in the dazzling speed and precision of his coloratura passages.

Their voices together created a single warm, flexible ultra-responsive and alert instrument, with expressive, rich command of the intention and meaning of text and music.

As soloist, Labelle demonstrated her versatility early in the program with the subtle character changes in the finely drawn meanderings of Prince Paul Esterházy’s Nativity lullaby “Cur fles, Jesu” (Why do you weep, Jesus), and in Franz Joseph Haydn’s “Ave Regina Caelorum” (Hail, Queen of Heaven).

The Haydn cantata contained one of the most memorable and delicately beautiful moments of the concert at the end of Labelle’s cadenza, when McGegan gently picked up the entire ensemble and gave it a little push across the few remaining measures of the composition. Those few seconds alone contained an entire universe of music making.

The concertʼs center of gravity, however, was the Missa nativitatis Domini (Mass of the birth of our Lord) by the Czech composer Jan Dismas Zelenka (1679-1745), who is unfortunately not nearly as much of a household name in Baroque music circles as he deserves to be.

Less well balanced was the “Crucifixus” duet between countertenor Christopher Ainslie and soprano Labelle. Ainslie had one of his better moments in the aria “De torrente in via bibet” (He will drink from the stream) in Vivaldi’s Dixit Dominus, but his refined voice didn’t always carry enough volume to match Labelle’s clarity and projection.

Perhaps because Zelenka uses the Latin Ordinary without any specific references to the Nativity (other than in the title), his Christmas Mass does not automatically generate an association with the holidays. But it does culminate in one of the most beautiful choral fugues that you have never heard (but should) on “Dona Nobis Pacem” (Grant us peace).

And there is not a better message for this season than that, and again, it was a simply superb Philharmonia Chorale that delivered it.