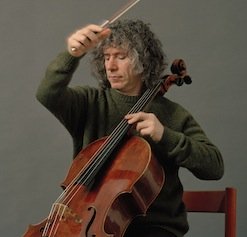 At first glance, a concert of music by Mendelssohn, Schumann, and Brahms may seem an odd choice for a period-instrument ensemble that styles itself a “Baroque” orchestra. But then the Philharmonia Baroque Orchestra’s programming has rarely been confined to the boundaries of the “Baroque” era, as conventionally defined. Of course, music historians have long recognized the inadequacy of the term — while the word Baroque was occasionally used as a pejorative adjective in the 18th century, it wasn’t until the early 20th century that it came to be employed as a style-period designation. Perhaps it is time to consider dropping this confusing and anachronistic word from the name of one of the Bay Area’s finest orchestras.

PBO’s program on Sunday, at the First Congregational Church in Berkeley, opened with Mendelssohn’s seldom-programmed concert overture The Fair Melusine, Op. 32, of 1833, which is actually a kind of sonata-form miniature tone poem on a classic water sprite or mermaid theme. The piece features lots of undulating “watery” motivic work, which evidently served as inspiration for Wagner’s Rheingold, paired with gossamer textures reminiscent of Mendelssohn’s Midsummer Night’s Dream. Although the opening bars were a bit muddy, the ensemble quickly found its footing, and both Music Director Nicholas McGegan and his orchestra handled the work with a suitably light touch.

I have heard many fine performances from Steven Isserlis, soloist for Robert Schumann’s Cello Concerto, Op. 129, yet his playing in Sunday’s concert far exceeded my already high expectations. Although his approach differs in significant ways from that of most period-instrument performers, he has always performed on a cello set up with all-gut strings, and he was among the first “modern” cellists to perform and record concertos with period-instrument orchestras. He is also one of the more brilliant interpreters of Schumann’s music on the concert stage today, with an exceptionally thorough and intelligent understanding of the composer’s quirky idiosyncrasies.

The Cello Concerto is a relatively late work, written at a time when Schumann was concerned with synthesizing the classical craft of composition with his Romantic vision of cyclic form. Much of the drama in the first movement is accomplished through the composer’s deployment of the conventions of sonata form in unconventional ways. The result is a more “symphonic” concerto form, with a key scheme that is often out of phase with conventional thematic markers of the form, and in which the relationship between soloist and orchestra is more of a partnership than a contest.

Whenever I have heard Isserlis play the Schumann with modern orchestras, the contrast between his gut strings and the steel ones of the tutti strings has often been problematic. No such problem arises with Philharmonia, of course, but the advantages of the partnership in Sunday’s performance went far beyond the simple issue of balance. The greatest revelation was the incredible range of articulations and tone colors that Isserlis and the orchestra were able to draw on, from almost imperceptible nuances in the shaping of sostenuto passages to wonderfully explosive sharp articulations. The duet with principal cellist Tanya Tomkins in the lyrical slow movement was particularly moving.

I have rarely been convinced by performances of the concerto’s last movement, which often comes across as a kind of athletic event, with the soloist barely managing to clear the technical hurdles Schumann throws in his path. In this instance, Isserlis’ effortless technique, along with Philharmonia’s sympathetic responses, made it possible to keep attention squarely on the unfolding of Schumann’s whirling, rhapsodic rondo.

The greatest revelation was the incredible range of articulations and tone colors that Isserlis and the orchestra were able to draw on.

Acknowledging an enthusiastic standing ovation, Isserlis offered one of Pablo Casal’s favorite encores, the Catalonian folk song Song of the Birds, performed on Sunday in a charming, postmodern arrangement by Scotswoman Sally Beamish, who happened to be in attendance.

Philharmonia has a well-deserved reputation as one of the foremost interpreters of 17th- and 18th-century music, with a distinctive identity characterized by carefully nuanced attention to details of articulation. Although period-instrument ensembles in Europe have been successfully pushing into 19th- and even 20th-century repertoire since the mid-’80s, Philharmonia’s forays into this territory have been more limited, and the resulting performances, though promising, have been mixed.

While PBO’s considerable strengths served it well in the Mendelssohn and Schumann, in the Brahms Serenade No. 2 in A Major, Op. 16, which concluded the program, it was somewhat less successful. This Serenade is another rarely programmed work, in large part because of its unusual orchestration, which features a wind band and a string ensemble with lots of violas but no violins. While the vibrant tone colors and ensemble timbres of the 19th-century instruments were a revelation, there were serious intonation problems among the wind instruments. To be fair, wind players face far greater challenges in adapting to the differences between 18th- and 19th-century instruments, which were subject to much more extensive technological developments. On the other hand, while I would have preferred a more sustained legato approach to extended lyrical passages, Sunday’s performance offered some of the finest string playing to be found in any Bay Area orchestra, with rich dark textures and exemplary ensemble work.