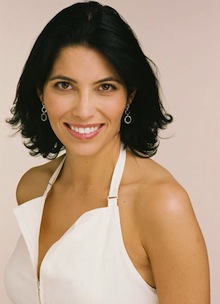 Philharmonia Baroque brought mezzo-soprano Vivica Genaux to Berkeley on Saturday, and her singing brought down the house. Her first group of arias were by Vivaldi. The second included arias by Nicola Porpora and Riccardo Broschi, written for the celebrated castrato Farinelli.

Her low voice is gorgeous, and the beauty of her sound carries throughout her range. Her mastery of florid passages and added ornamentation — including inventive cadenzas — is peerless. Her tuning is impeccable. And her connection with her audience is enhanced by her vivid portrayal of character in every role she assumes.

The two excellent arias by Porpora were deeply felt and delivered. Singing as Acis in recitative and aria — Oh, volesser gli Dei (Ah, would the gods ...) and Dolce freschi aurette (Sweet, cool breezes) — she expressed wonderfully Acis’ love for Galatea and his description of her favorite haunts.

Yet the two arias that brought roaring approval from the audience were one by Vivaldi, Alma oppressa da sorte crudele (The soul afflicted by cruel fate), and the other by Broschi, Qual guerriero in campo armato (Like an armed warrior in the battlefield). Both were suffused with fireworks describing the pain and uncertainty of love, and both came to a triumphant conclusion. The audience’s enthusiasm led to an encore — another fiery Vivaldi aria. The orchestra matched the singer with splendid playing.

Her low voice is gorgeous. ... Her mastery of florid passages ... is peerless. Her tuning is impeccable.

Genaux’s singing exhibits some technical difficulties that will probably result in a short career. Her jaw is terribly tense, moving with every note. This results in distracting facial expressions, and affects slower passages, for instance in Vivaldi’s Cor mio che prigion sei (My heart, held prisoner), in which a phrase on “ah” comes out not as one “ah,” but as “wa wa wa.” It is amazing how well she performs with this jaw tension, but it will eventually take its toll on that lovely voice.

And Now for the Woodwinds

The concert began with a Concerto for Two Flutes, Two Oboes, and Two Bassoons in D Minor, by Johann Friedrich Fasch, which was performed in memory of oboist Bruce Haynes and bassoonist Dennis Godburn. The two flutists were Janet See and Mindy Rosenfeld, the oboists Marc Schachman and Stephen Bard, and the bassoonists Danny Bond and Marilyn Boenau. These players were also featured in other instrumental and vocal pieces.

Telemann’s Concerto in D Major (“Sinfonia Spirituosa”) was a delight, and Philharmonia ended the concert with a sprightly account of an orchestral suite from Rameau’s La Guirlande (The garland), a one-act ballet/opera. As always, Rameau’s gift for orchestration is abundantly displayed in this ballet score — here a piccolo, there a tambourine — bringing a variety of dance forms vividly to life.