As someone coming from that neck of the woods, I will walk the plank with this about Eastern Europe: Notwithstanding the many splendid composers of the region, it has not done well as a source of great operas. 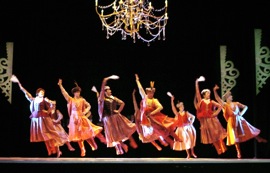 There are exceptions, of course: all of Moravian Leoš Janácek’s works, and Hungarian Béla Bartók’s Bluebeard’s Castle. Perhaps a notch below that (these matters being strictly subjective) are Czech Antonín Dvorák’s Rusalka and Bedrich Smetana’s Bartered Bride, plus Romanian George Enescu’s Oedipe.

Yet the 19th century, on the whole, was not kind to the native genre over there. Chances are you never heard, or even heard about, “national operas” from Hungary (for example, Ferenc Erkel’s Bánk Bán and Hunyadi László), from Croatia (Ivan Zajc’s Nikola Subic Zrinski and Jakov Gotovac’s Ero s onoga svijeta), from Bulgaria (Emanuil Manolov’s Siromahkinia), and from Serbia (Stanislav Binicki’s Na uranku).

And so we come to Poland and its most famous opera, Stanislaw Moniuszko’s Halka. Although it, too, is little known in the West, it remains a staple of the Warsaw Opera, and even in Budapest I saw it performed several times. (I was not particularly impressed, but don’t take my word for it.) 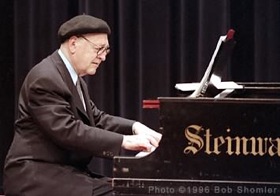 Against that background comes Pocket Opera’s Donald Pippin, now 84, to rejuvenate and invigorate the 1848 opera, giving the premiere of the “Pippin English Language Version” last weekend in the Legion of Honor.

Bottom line: It was an experience superior to that in the Budapest Opera. I certainly don’t remember the carousing chorus singing “We are plastered!” in the Polish version. Pippin’s new libretto is clear and lively, a major factor in making a pretty good opera better.

The title role of Halka in the opera’s first half is reminiscent of Donna Elvira in Don Giovanni — pursuing relentlessly the man who wronged her — and of Lucia di Lammermoor in Acts 3 and 4, going insane while singing grandly.

Pippin, in addition to his usual peerless narration and a lively, meaningful English translation, ensured the success of this new Halka by engaging Polish-born, San Francisco–trained soprano Patrycja Poluchowicz to sing the title role. This recent attention-winner (as a resplendent Annchen in the West Bay Opera Der Freischütz) sang an exceptional Halka.

Poluchowicz has not only a good voice and excellent musicianship, but also a volume that would serve her well in the War Memorial Opera House. Alas, this was the Legion’s tiny Florence Gould Theater, where Poluchowicz and all but one member of the cast oversang grievously.

Pippin now wears a microphone for his narration, and it seems that it was left on all the time. If not amplification, then it was the musical direction at fault for shaking the rafters. It’s not only unnecessary, but counterproductive in the Florence Gould, where Pocket Opera has been performing for many years; the problem is not lack of familiarity with the venue.

The cast member who did not oversing was Darron Flagg, in the role of Jontek, Halka’s faithful friend. The tenor did everything right: deliver a beautifully modulated performance, with clear diction, projection fitting the theater precisely, and a forward-placed voice that made its best impression in the big aria, the lament over Halka’s fate.

Halka has several lengthy folk-dance numbers, with some of Moniuszko’s best music in these mazurkas. Can a small company’s production on a tiny stage include them?

Pocket Opera’s does: With the help of the Polish Arts and Culture Foundation and six dancers from local folk-dance groups, the available 12-square-foot space downstage became a dance arena. You had to see it to believe it.

The Pocket Philharmonic was at its best, though also amplified and/or too loud. First violinist Yasushi Ogura had some fine solos, and three other strings played together, supporting good work from Diane Grubbe (flute), Jon Arneson (oboe), Diana Dorman (clarinet), and Erin Irvine (bassoon). Pippin’s piano, representing the rest of the orchestra, sounded as strong as ever.

Phil Lowery is the stage director, while Lowiczanie Polish Folk Ensemble Artistic Director Mary Kay Stuvland is responsible for the choreography and the lavish Polish costumes.