In a very local and personal interpretation of its mission to perform “newly commissioned works of promising composers,” the vibrant young choral group International Orange Chorale sang a program on Friday of diverse and original work by contemporary California composers. The group’s performance of each of these challenging works, at the Solarium at 55 Second St., San Francisco, was always engaging and brilliant. 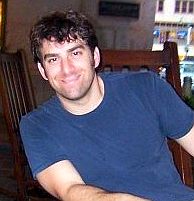 The 29-member chorale, named after the color of the bridge linking San Francisco and Sausalito (Golden Gate trips off the tongue more liquidly than International Orange Gate Bridge, despite the inaccuracy of its name), was founded in 2003 by Jeremy Faust, Elaine Robertson, and Cole Thomason-Redus. And its sound is everything a choral enthusiast dreams of.

The group’s intonation was spot-on spectacular, especially in pieces such as the setting of e.e. cummings’ poem “I thank You God for most this amazing day,” one of three songs of faith composed by Eric Whitacre. Rife with clustered chords, the song slips at one point into 12 parts. Beginning with warm, complex chords, the beautifully blended sound of the chorus reached a bell-like purity. Soprano Chelsea Hollow provided lovely fragmentary solos rising out of the chorale’s shifting harmonies.

Shaffer McGee’s The Bird of Night, set to Randall Jarrell’s poetry and also part of a projected three-song grouping, provided another challenge to the chorale. The song continuously shifts key throughout, a practice dependent on accidentals, or notes that aren’t in the designated key’s scale. This was another monster of a dare that the chorus took on. Did I mention that the chorus sings a cappella? McGee had the basses singing at their lowest pitch in Jarrell’s homage to the owl. And at one point the mixed sound of altos and tenors embodied a smooth, rich, silky quality that can only be described as creamy.

The chorale also has an extremely clean attack: a necessity for works with complex threads of text that repeat and interweave, such as those found in the program’s opening song, Georgia Stitt’s Joyful Noise. It’s set to the text of Psalm 100: “Make a joyful noise unto the Lord all ye lands./Serve the Lord with gladness,/Come before his presence with singing.” Stitt’s song was one of three premieres in the program.

New works are one of the directors’ goals in their selection and development of repertory. The chorale aims to be on the cutting edge of choral music, hence premiering works is a major component of their musical philosophy, along with choosing compositions that vary musically and that partake of a wide range of musical origins and backgrounds.

Given that commitment, the directors, Zane Fiala and Jeremy Faust, should be applauded for their unerring choice of works with graceful melodies and pleasing, albeit hair-raisingly complex, harmonies. The compositions they chose never erred on the side of difficulty for difficulty’s sake while sacrificing musicality and flow — a common flaw of contemporary music and composers who seem to feel that beauty of sound is something to be shunned. Art, I suspect, is finally about seeking out the many forms of beauty, and beauty is not a simple thing. It is not found among one class of physical manifestations — a sort of perfect blond and blue-eyed sexual freshness — but rather in the contemplation of the original and unexpected. It is an intelligent thing that seeks out deeper, heart-gripping connections between the self and the world.

Songs Conveying FaithFaith or conversations with the gods formed a second theme throughout the program, with David Conte’s Ave Maria, Eric Tamm’s Kyrie, and Hugo Distler’s Singet dem Herrn ein neues Lied (Sing to the Lord a new song) among them. Conte, who teaches at the San Francisco Conservatory, was one of Nadia Boulanger’s last students, and his version of this prayer to the Virgin Mary had an accessible, gratifying harmonic fullness. Tamm’s work is the latest manifestation in a 30-year love affair with a melodic theme that began as a piano prelude. 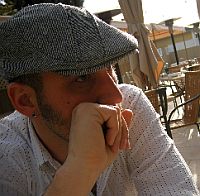 Distler’s composition was postmodern in concept, blending plainchant and modern harmonics. Within the work the sopranos were required to sustain a long note while the other vocal groups wove in, out, and around. Several pieces used this demanding musical trope, and the chorale seemed to have no problem sustaining the pitch consistently, a tribute to its singers’ cultivated and unflagging energy.

Which leads me to my favorite piece on the program, Robin Estrada’s Awit sa Panginoon, a praise to the Lord written in Tagalog. Combining contemporary musical approaches with Filipino folk song, the work careers between a number of vocal sounds: whoops, murmurings, and vocalise among them. It is lively and texturally crowded, a paean to the joy of faith: Ang abang may hapis at tigmak sa luha sa buong magdamag/Sa bukang-liwayway ay wala ng lungkot (The poor [feel] sorrow and [are] drenched with tears throughout the night/In the breaking of dawn, there is no more sadness). The excellent soloists included Lilia Tamm, Valerie Moy, Nick Grishkoff, Elaine Robertson, and Nori Heikkinen.

The program was rounded out by three Emily Dickinson poems, set by Jake Heggie in an edgier style than is usual for him; Halsey Steven’s Go Lovely Rose, a richly colored setting of 17th-century poet Edmund Waller’s exhortation to life and love; and director Zane Fiala’s wonderful setting of Pablo Neruda’s poem Es la mañana llena. Emmy Lou Diemer’s Verses From the Rubaiyat closed this remarkable and satisfying program.

Performing quarterly at various venues around the Bay Area, this auditioned, volunteer-based chamber choir is full of dedicated and extraordinary talent.