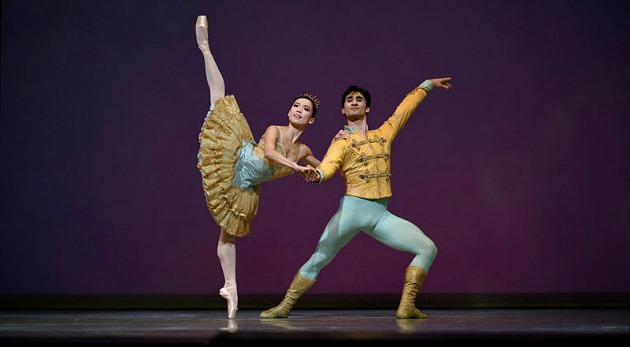 The holidays are officially on, courtesy of the San Francisco Ballet and the throngs of kids, big, little, and overgrown, who showed up at the War Memorial Opera House Wednesday (Dec. 16) for opening night of The Nutcracker. It’s never been better, thanks to a stageful of superb dancers, nor more warmly delivered.

Many of the company’s hometown favorites were onstage: Val Caniparoli was the magical toymaker Drosselmeyer, Vanessa Zahorian was the Sugar Plum Fairy, Davit Karapetyan was the Nutcracker Prince. But the evening’s most revelatory performance was Frances Chung’s in the Grand Pas de Deux.

Beautifully partnered by Karapetyan, Chung, who has no character name but embodies the child Clara, all grown up and transformed into a tiara-wearing queen (we can call her the Nutcracker Queen; she probably won’t mind) was brilliant and carefree, executing each pirouette, jeté, plunging arabesque, and daring fish dive as if it were the easiest, most natural thing in the world, a joyful deployment of her formidable technique.

Clara, winsomely portrayed by Sienna Clark, is the leader without portfolio of all the accomplished ballet students from the company’s San Francisco Ballet School, who acquitted themselves with professional aplomb, smiling through every little step. The children are in alternating casts, and casting of the principal roles varies throughout the Nutcracker season, which ends Dec. 31.

At this level of performance, balletomaniacs may want to take it in more than once. Conducted by musical director Martin West, the San Francisco Ballet Orchestra, celebrating its 40th anniversary (until 1975, the pit held pickup musicians), made beautiful music together.

As the Queen and King of the Snow, Jennifer Stahl and Luke Ingham were lively yet regal, impeccably leading the corps of Snowflakes in well-carved whirls through a thick and most satisfying blizzard -- sort of a San Francisco fog of fluff.

The second act of the fantasy unfurls in a Bay Area environment of healthy flowers, not sugar candy (yes, the children can still get those treats in the lobby), but the imagery and the pure energy embodies all the sweetness and spice of the holidays. 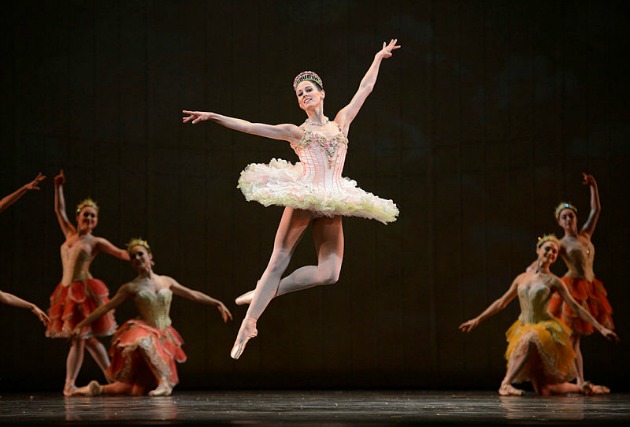 Yes, Virginia, there is still a Sugar Plum Fairy, danced to bright perfection by Vanessa Zahorian, leading the multicolored blooms of the company’s Waltzing Flowers in lovely port de bras. The world tour of variations remains enchanting, with Lonnie Weeks’ leaps astounding in the Chinese dance, underscored by five students, rippling along as one fire-breathing red dragon. Equally compelling was the Russian dance, with Esteban Hernandez, Francisco Sebastiano, and Blake Kessler popping out of three Faberge eggs, tumbling and soaring. As Madame Du Cirque, in her tent of a dress, Louis Schilling rode herd on his ballet school charges, little kids in black and white clown suits frolicking with Diego Cruz’s sleepy, somersaulting brown bear, who (spoiler alert) lives under Madame’s ample skirt. 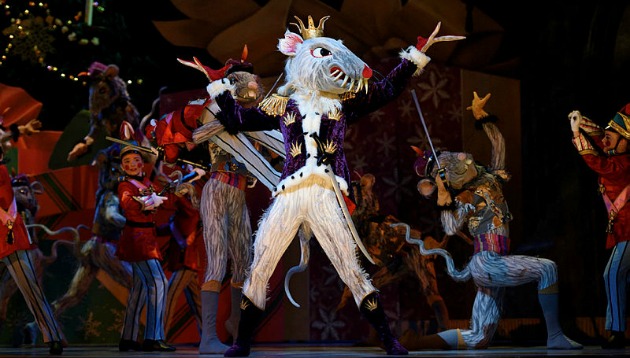 Visually sumptuous, Michael Yeargan’s scenic designs, set in 1915, the year of the City’s Panama Pacific Exposition (the Palace of Fine Arts was built for it), and Martin Pakledinaz’s costumes retain all the glow of the premiere, as do the lighting and projection designs of James F. Ingalls and Wendall K. Harrington, respectively.

Christensen was onto something, and it was contagious. In its myriad versions at ballet companies everywhere, The Nutcracker has become a cash cow, a reliable annual moneymaker. But if cash cow it be, this one is simply – if you’ll pardon the expression -- moo-velous.