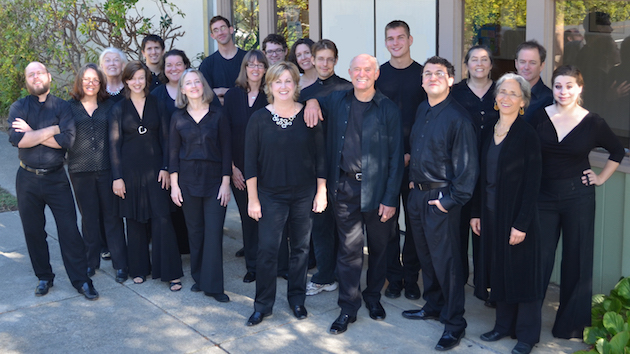 San Francisco Choral Artists certainly made good on the subtitle of its spring program, called “Witches, Saints, and Mothers: Music by and About Women.” At a time when music composed by women is shockingly rare on the schedules of most big American musical organizations, SFCA had no difficulty at all putting together a big and varied program on which fully 75 percent of the works were by female composers.

Not only that, the program spanned centuries, from the 12th-century German composer Hildegard von Bingen right up to composers still living, with stops in the Renaissance, 19th century, and early 20th century. Once you’ve seen — and heard — a program like this, you know that there are no excuses for any organization to continue with seasons consisting exclusively, or nearly so, of works by men.

The superb opening, called “In the Beginning,” paired the recently-deceased Pauline Oliveros’s Rock piece with Hildegard’s O Virtus Sapientiae (O Power of Wisdom). I can’t have been the only audience member who jumped a bit before recognizing that Rock piece, composed in 1979, isn’t a choral work, but a minimalist instrumental piece in which the performers strike pairs of rocks of varying sizes together. The chorus then segued smoothly into Hildegard’s antiphon, which features a single voice over a drone. The pairing was startlingly modern and unexpected.

The balance of the program was similarly structured, with three or four works grouped thematically and with talking program notes delivered by SFCA’s artistic director, Magen Solomon, who also conducted most of the program. None of the subsequent groups worked together musically as well as the opening did, and because the program included 19 composers, it was difficult to get much of a fix on any particular creator.

I found the nearly 90 minutes of program aurally tiring and suspect that the rapid-fire style shifts were a challenge for the chorus. Perhaps structuring the program chronologically would have worked better. It would have benefitted, too, from greater contrast in rhythm and dynamics — too much of the music was in duple meter at a moderate tempo and volume. 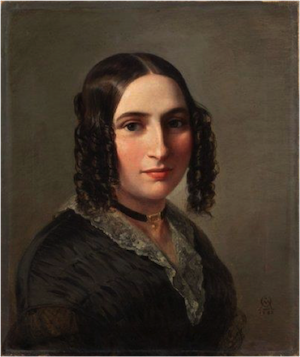 That said, how wonderful to hear work by Vittoria Aleotti, Maddalena Casulana, and Juana Inés de la Cruz, who were active in the late Renaissance and early Baroque eras. These three composers’ works give their male contemporaries a run for the money, with Casulana’s setting of Vincenzo Quirino’s  poem of lamentation, “O notte, o cielo, o mar” (O night, o sky, o shore), a standout. SFCA Assistant Conductor Tina Harrington’s Cantation is a lovely modal setting of the composer’s own text, a poem asserting an all-encompassing identity (“I am the song and I am the singer / I am the sunlight and I am the sea”).

Fanny Mendelssohn Hensel’s winningly harmonious Lockung (Lure) is a fine and representative mid-19th-century German part-song, the kind of song that makes you want to hear more, much more, by the composer. Dame Ethel Smyth’s rousing March of the Women, written during the Suffragist era, could easily be revived for today’s struggles. 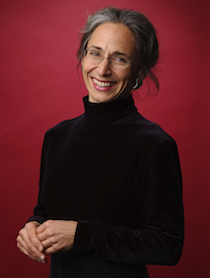 Some of the recent works were less successful than others. Elinor Armer’s gentle setting of Judy Grahn’s “She Who Continues” struck me as out of step with the character of the “She Who” poems, but the poet was present at the concert, and evidently happy with it. The last work on the program, Patricia Julien’s A Large Crow, to a poem by April Bernard, is full of charm, but needed more swing and would have worked better performed by a quartet comfortable in its jazzy style.

The standouts among the more recent works included James May’s arresting The Garden, a New Voices Project winner here given its world premiere. It’s an intricate and intense setting of a poem by Hilda Doolittle, known as H.D., about a rose cut in rock. Linda Mankin’s vigorous Haleluyah, a setting of Psalm 150, featured almost-medieval shifts of rhythm and meter, and seemed to demand a larger chorus to make its full effect.

“Alas, we still need to make extra effort to hear women’s compositional, poet, political, and public voice,” as Magen Solomon said in her written introduction to this concert. We owe thanks to her and SFCA for their work in making women’s voices heard, loud and clear.