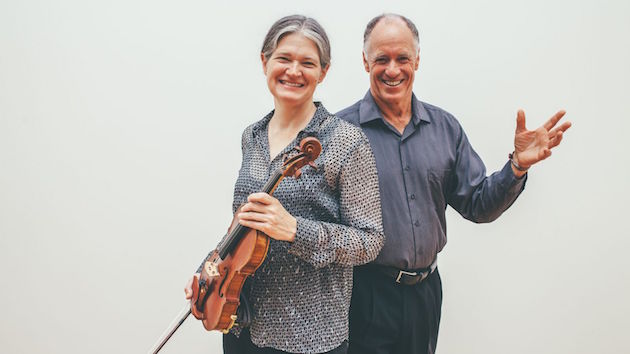 Rarely do chorus and string quartet converge in a program of contemporary music — let alone performers as celebrated as Volti (conducted by Robert Geary) and the Left Coast Chamber Ensemble. That’s why their October 24 concert, at the San Francisco Conservatory of Music, was such a treat — despite the unevenness of some of the music. Love letters and their writers were the subjects of two commissioned works for string quartet and chorus, one by Mark Winges another by Onur Türkmen, as well as one piece for each ensemble: David Lang’s a father’s love for chorus and Leoš Janáček’s String Quartet No. 2, “Intimate Letters.”

The performance was titled “A Close Correspondence,” and indeed, the partnership of Volti with Left Coast proved deeply rewarding. But because each composer responded to text in a different way, there wasn’t necessarily a close correspondence between foundational text and finished musical product.

Take Lang’s a father’s love (2009). Its text derives from the poignant goodbye letter written by Union Army officer Sullivan Ballou to his wife. Concerned with preventing the text “from becoming too overpoweringly emotional,” however, Lang fragmented the letter into dependent clauses which he then alphabetized (“a father’s love / after having eaten / always / always”). The contours of this abstract text are further obscured by the high register of female solo voices, of whom Cecilia Lam stood out.

Lang generated a similar catalogue of text in his multimedia work the day, which recently premiered at SFJAZZ — but a father’s love has no projections propping it up. At least the music is pleasant: He sets the text’s brief phrases to repetitive and simple, commercially palatable harmonic progressions. The singers’ shifting physical configuration, which helps highlight the emerging solo lines, also helps prolong the shelf-life of Lang’s idea. 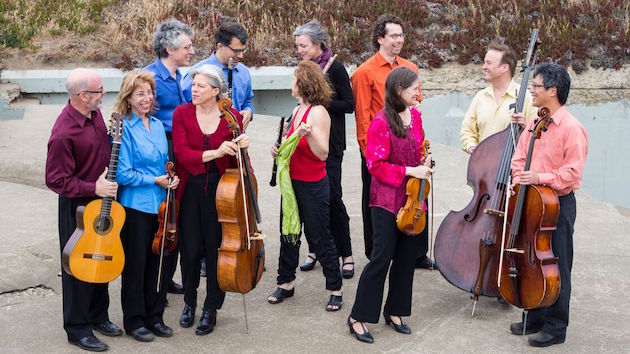 In Janáček’s quartet — a surprisingly representational work — the viola represents the woman the composer adored, the much-younger Kamila Stösslová, to whom he wrote hundreds of letters. To this effect violist Kurt Rohde’s performance was deliciously passionate (although Stösslová reportedly never returned Janáček’s feelings).

In this difficult work, accompanying lines often involve prohibitively challenging arpeggios that can unduly constrain the melodies. In this respect Monday’s performance, particularly in the outer movements, sometimes felt too studied. But there were many beautiful moments in this performance by Rohde, violinists Anna Presler and Phyllis Kamrin, and cellist Leighton Fong.

The ghost of Janáček hovers over the whole of Winges’s Letters, which frequently quotes the quartet’s characteristic intervallic and trilling motifs. But nowhere in this three-movement work, whose texts range from the medieval era to Virginia Woolf, do these quotes overwhelm Winges’s own writing. Each movement elaborates on the character of its source text: contemplative, impressionistic harmonies for the stately letters of 12th-century lovers Abelard and Héloïse, and swift, syllabic passages for Janáček’s tempestuous ones.

Winges — Volti’s resident composer — writes competently for the combined forces, who performed magnificently throughout the evening. “I wanted to make a piece that would not bore you or bludgeon you,” Winges quipped before the performance — and indeed, Letters did neither. But neither was it truly memorable. 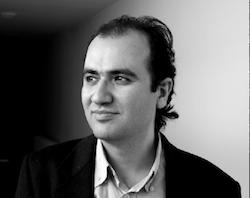 What was? Türkmen’s but you alone. The text (a letter by Goethe to Charlotte von Stein) is straightforward in presentation — but even if Volti had sung nothing but vowels, this piece still would have made its mark.

Türkmen devises a sophisticated constellation of pitch centers based on Turkish maqams (similar to scales or modes), as defined by his own concept of hat. Pitches within modes are not independent entities, he explains of this system, but rather, “are inextricable occurrences of a pitch space as a unified existence.” The explanation goes on — but it’s a rare occasion in which a composer’s complicated-sounding program notes ring true to, and even enhance, the listener’s experience.

Sumptuous harmonies drift in and out of focus; ingeniously, the singers use the strings’ harmonics to tune their just thirds. Cruelly, it’s a short work, yet nevertheless, one that feels complete. 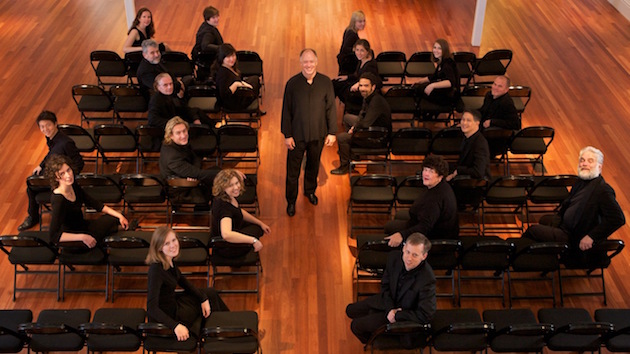