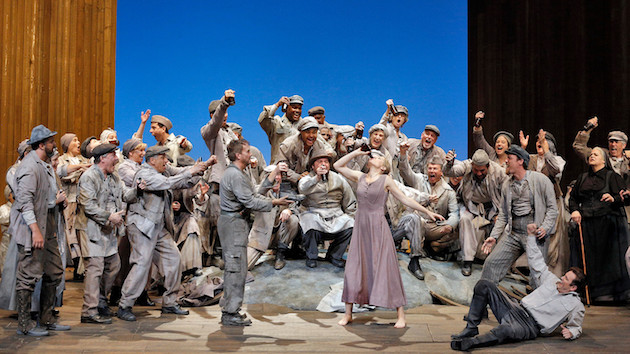 In a time of violence against people seen as sexually transgressive, Leoš Janáček’s powerful opera Jenůfa, written in 1906, offers contemporary audiences lessons in tolerance and forgiveness. In the opera, two brothers are attracted to the same woman. Jenůfa favors the handsome but irresponsible Števa and bears his child, but it is the coarse Laca who proves his loyalty and love. Jenůfa’s mother, the Kostelnička, is driven to infanticide in her effort to make sure Laca will accept her daughter.

Jenůfa is an opera full of stone imagery. Števa admits that Kostelnička’s pleas would move a stone, while Laca feels the weight of Jenůfa’s child as a stone on his chest. The drugged Jenůfa thinks her head is heavy as a stone. When the corpse of Jenůfa’s baby is found in the river, the unforgiving villagers quickly prepare to stone Jenůfa.

Olivier Tambosi’s abstract staging of the opera, which debuted on Tuesday night at San Francisco Opera, uses giant stones as the focal point for each act. These boulders (designed by Frank Philipp Schlössmann) create a symbolic reminder of the oppressive force of shame in the small Moravian town where the drama is set. In the first act, a boulder is bursting through the wooden floorboards — barely showing, like Jenůfa’s secret pregnancy. In the second act, the boulder becomes a massive barrier between Jenůfa and the outside world. Occupying most of the horizontal space of the stage, it creates an enclave where Kostelnička can hide the daughter of whom she was once so proud. For the final act, the boulder is broken into smaller stones scattered about the stage. The baby and the shame that came with it are gone, but the threat of discovery lingers. Small stones also serve as props for the attempted stoning of Jenůfa, who thereby risks dying of her shame. It’s a concept that is grounded in the text, easy to grasp, and significant, heightening the emotional impact of the story without causing confusion.

Tambosi’s direction struggles, however, to portray characters convincingly. Laca is so leering and nasty in the first act — and his slash at Jenůfa’s face is so obviously deliberate—that it is hard to rejoice in his later redemption, particularly when he never offers a direct apology. The interactions in the first act are often awkward, particularly between Laca and Jenůfa. Janáček writes long pauses between their lines, and the blocking did nothing to inspire those pauses. There’s a limit to how much tending to rosemary or pacing about a character can do without seeming ridiculous. 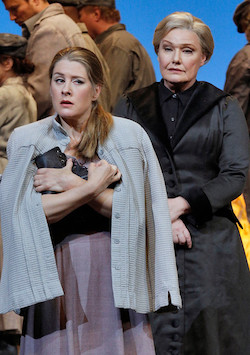 The drama became electrifying in the second act, thanks to Karita Mattila’s breathtaking Kostelnička (her role debut on stage). Every pause, every facial expression, and every phrasing choice seemed motivated. Kostelnička’s journey from fierce pride to crime to guilt bordering on madness was clearly drawn and deeply affecting. Mattila’s voice is also a wonderful fit for this role, with extraordinary power and texture in both the upper and lower ranges. Her low notes in particular have an unusual gravelly quality that conveyed despair without interfering with the quality of her sound.

Tuesday night saw two other successful role debuts. With her first Jenůfa, soprano Malin Byström showed dramatic range as she grew from a silly and flirtatious young girl into a mature adult woman capable of suffering and forgiveness. Byström’s instrument is surprising and gorgeous, if inconsistent. Her high notes soared over Janáček’s punishing orchestrations, while her middle range didn’t always have the same ring. As Laca, tenor William Burden showed he could sing with clean legato and aching expression—and also toss off lines conversationally, as appropriate. 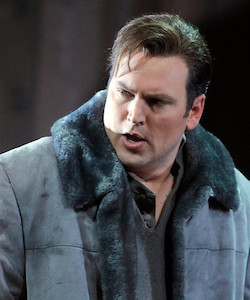 Scott Quinn — new to San Francisco Opera, though not to the role of Števa—overcame a botched hair dye job and an extremely unsympathetic staging (a cringing coward, he even picked up a stone to help kill Jenůfa) to make a positive impression. His warm, round tenor showed only occasional signs of strain.  As Grandmother, Jill Grove had moments of shrillness but also snatches of intense lyricism, when the beautiful color of her mezzo shone.

Conductor Jiri Belohlavek has made a career of Czech and Russian repertoire, and his comfort with Janáček’s score showed. He led the San Francisco Opera Orchestra in an energetic and dramatic reading, with clean rhythms and a wide range of dynamics and tempi. The wind, brass, and string sections all played with feeling in their star turns. The jaunty act three overture was particularly enjoyable, and the swelling of the music before Laca’s and Jenůfa’s final conversation was almost unbearably intense. The orchestra overwhelmed the singers at times, but that’s difficult to avoid when Janáček’s score is so antagonistic to the vocal lines.

Under Ian Robertson’s direction, the chorus was boisterous in their drinking song and intimidating in their mob violence. The women’s wedding song in the final act was cutely staged but vocally underpowered, despite commanding leadership from Toni Marie Palmertree’s Barena.

This summer at San Francisco Opera, Don Carlo has the all-star cast and Carmen has the intriguing production, but Jenůfa has the best balance between the two. 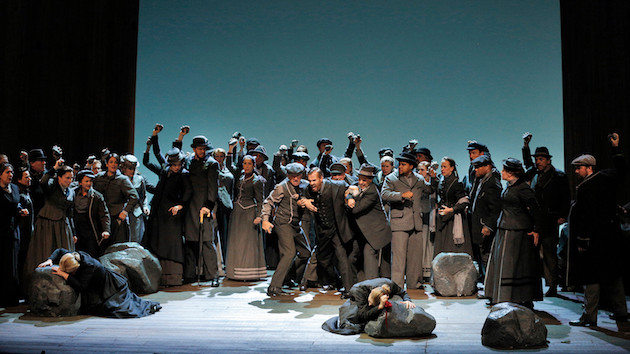