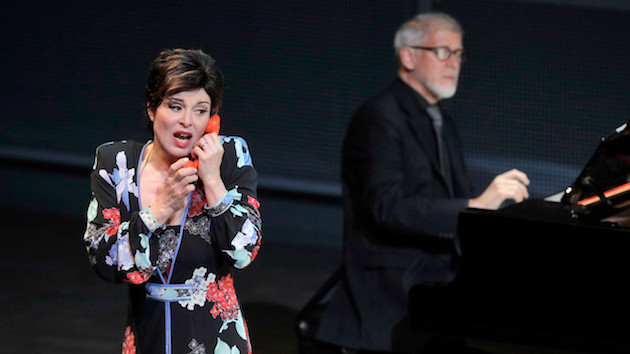 No one who saw Anna Caterina Antonacci in 2015’s Les Troyens at San Francisco Opera can have forgotten the intensity of her eerie Cassandre, a character haunted by her foreknowledge of the impending fall of Troy. She rarely performs in the United States, but she’s back in town for a brief visit, armed with an equally intense, equally French portrayal, that of Elle (French for “she”), the only on-stage character in Francis Poulenc’s monodrama La Voix humaine (The human voice).

Over the course of the work’s 40 minutes, Elle carries on a phone conversation with her lover, who is leaving her — or who has recently left her — for another. They have difficulty establishing the call, then they’re interrupted several times, by broken connections and, because it’s a party line shared with others, by a curious eavesdropper. Elle calls her lover’s apartment after one of these interruptions, only to discover that he isn’t at home, but called her from an unknown location.

She is in a truly desperate state of mind: still in love, she cajoles her lover, fawns over him, and occasionally harangues him. He has asked her to return his letters, and she makes arrangements to leave them with his manservant. As they converse, it becomes clear that she is not necessarily a reliable reporter; she lies to him about what she is wearing and what she did the previous night, then eventually tells him the truth in both cases. (She didn’t go out with her friend Marthe — she attempted suicide.) At the close of the monodrama, she is alone, truly alone, as the stage lights dim.

Antonacci, who has been performing La Voix humaine for several years, gave a mesmerizing performance in all respects. The work was staged simply: For scenery, there was a blurry, rainy-day photograph of Paris, the Eiffel Tower in the distance, projected on the wall behind the singer. For props, she had a chair, a cafe table, a futuristic orange telephone, and a few pillows on the floor. 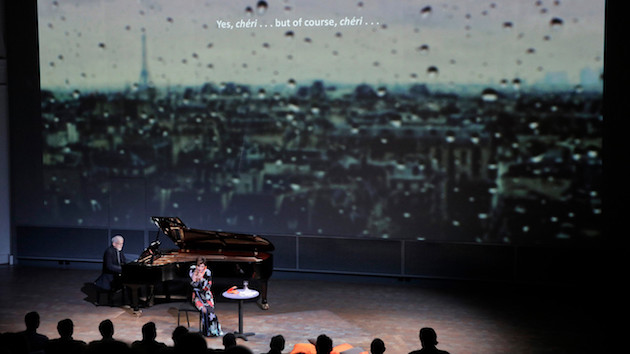 Nothing more was needed, and anything more might have seemed excessive, so intensely did Elle come alive in Antonacci’s voice and body. It is no small thing to carry such an intense and detailed role on one’s own.  The singer must have both a pure legato and great declamatory powers. She is called upon to reflect the actions and character of her unseen, unheard lover, essentially portraying both halves of the conversation. And indeed, in the endlessly varied shading of Antonacci’s voice and in her every movement, you could almost hear his tone of voice, his sighs of impatience, his coldness to his former lover, as much as you could see and hear Elle’s misery and longing.

Pianist Donald Sulzen was Antonacci’s equal and essential partner in the performance. He played Poulenc’s piano version of the score with the most beautiful lyricism and powerful drama imaginable, his timing impeccably meshed with Antonacci’s. 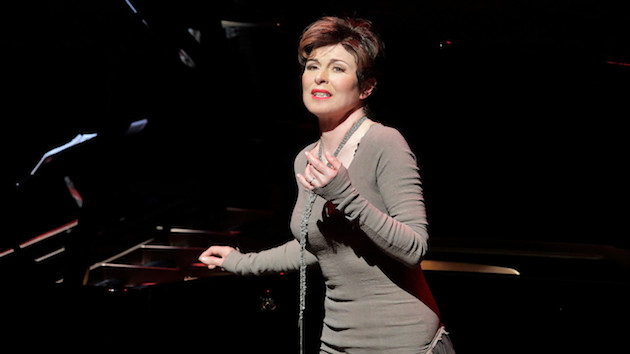 The program opened with art songs by three French composers, and they were fascinating to hear together. All were most excellently performed, and Berlioz’s La mort d’Ophélie (The death of Ophelia) was perhaps the perfect curtain-raiser for La Voix humaine, with its gentle depiction of Ophelia’s death by drowning. Debussy’s Chansons de Bilitis (Songs of Bilitis), to poems by Pierre Louÿs, allude to the mythic and mysterious realm of nymphs and satyrs, while Poulenc’s La fraîcheur et le feau (The coolness and the fire), settings of poems by Paul Éluard, are in the composer’s most puckish and lyrical vein.