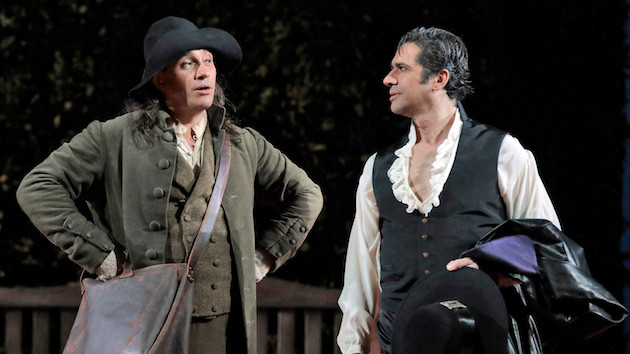 It’s Prima la musica for the San Francisco Opera’s new production of Mozart’s 1787 Don Giovanni, opening for an eight-performance run today. That’s the answer in this case for the age-old question of which comes first, the music or the words.

What made the big, lasting impression today in the War Memorial was Marc Minkowski conducting the orchestra in a vital, energetic performance from the first downbeat through three hours of magnificent music. The man from Opéra National de Bordeaux is making his S.F. Opera debut, and may he return many times. Also on the musical front, but off the spotlight, was Robert Mollicone, playing recitative accompaniment on the fortepiano. Both Minkowski and Mollicone coddled the singers lovingly — a big group, many making their first appearance here. 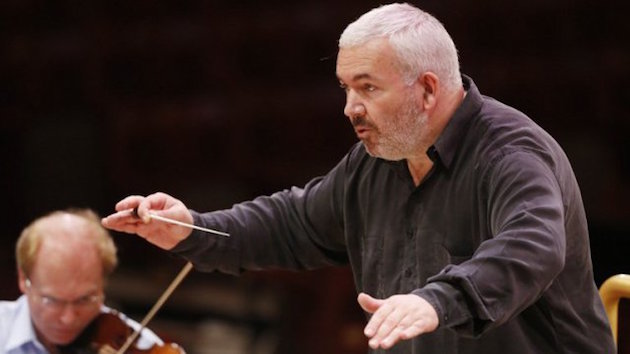 The S.F. Opera’s marketing department is calling this a “reboot” of the last SFO production six years ago, with new projections and scenic adaptations by Tommi Brem, a German visual artist “whose work includes innovative projections and design work at the annual Burning Man festival.”

Stage director Jacopo Spirei and Brem promised a “new Don Giovanni that will look and feel decidedly different.” Brem’s contribution: 21 big (16 feet tall, 6 feet wide) polycarbonate plastic sheets — called mirrors, but not mirroring —used as occasional screens for ghostly images, including that of an incongruously smiling/sneering post-damnation Giovanni for the final curtain. During the performance, the plates go up and down, mostly without reason. 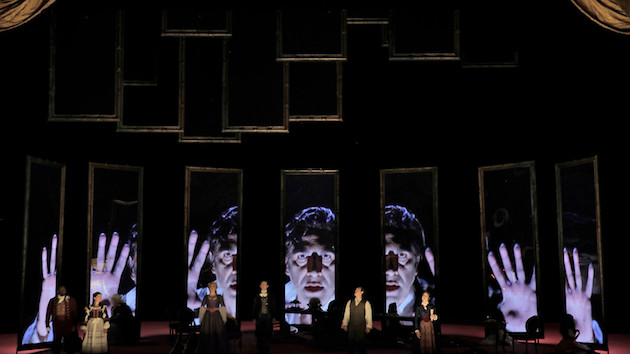 Don Giovanni is a great and difficult opera. It requires making a nasty antihero so seductive that his temporary success is believable, regardless of his dastardly treatment of men and, especially, of women.

San Francisco Opera has had more than a dozen productions of the opera since first presenting it in 1938 (when Fritz Reiner conducted, and Ezio Pinza sang the title role), and it’s still a work in progress as a drama. The original problem is with Lorenzo da Ponte’s libretto, which provides a series of scenes without character development: The second half of the opera (acts 3 and 4 together here) often requires the singers to stand and deliver — something that in Spirei’s direction becomes static in extremis. 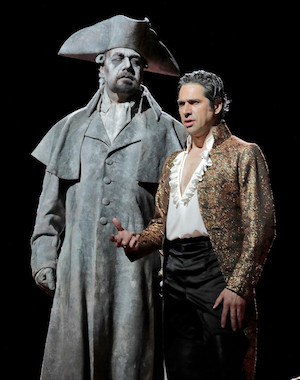 But back to what is good and occasionally even prima: the music, as sung. SFO General Director Matthew Shilvock addressed the audience before the performance to say that Ildebrando D’Arcangelo, making his San Francisco debut in the title role, was indisposed, but would perform. The cautionary note was unnecessary. The Italian bass-baritone was in fine fettle vocally and he delivered an athletic stage presence — his performance undiminished through the afternoon.

Another long-anticipated, local debut was of Uruguayan bass-baritone Erwin Schrott, himself an acclaimed Don Giovanni, but here appearing as Leporello, the put-upon servant. He looked and sounded Giovanni’s (and D’Arcangelo’s) equal in every way.

No slinking or cowering for this servant; Schrott stood tall, and produced a big, beautiful, effortless sound, soaring through the huge auditorium. Both D’Arcangelo and Schrott excelled in singing their big arias as integral parts of the work, instead of as standalone, applause-mining performances. 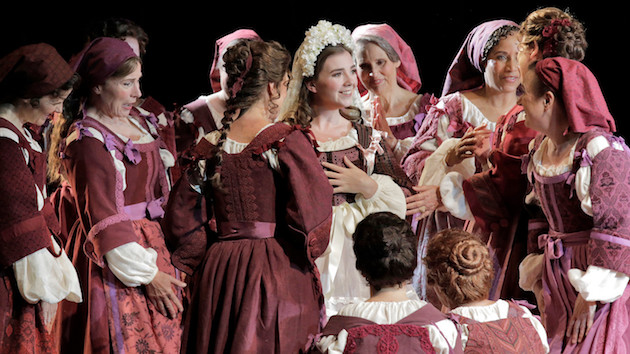 Wall’s big voice (somewhat weakened toward the end of the opera) and Shafer’s unaffected, convincing acting stood out, while Martinez successfully combined vocal and stage presence, even when handicapped by the director’s misdirection of her long scene with Leporello disguised as Giovanni — offered as a farce, bordering on slapstick; there is lot more there there ... or should be.

Opera is Dramma per musica, (Drama for music), but the 2017 San Francisco “reboot” Don Giovanni is mostly great music, well played and sung, with some drama at the periphery, intersected by 21 large, polycarbonate plates.