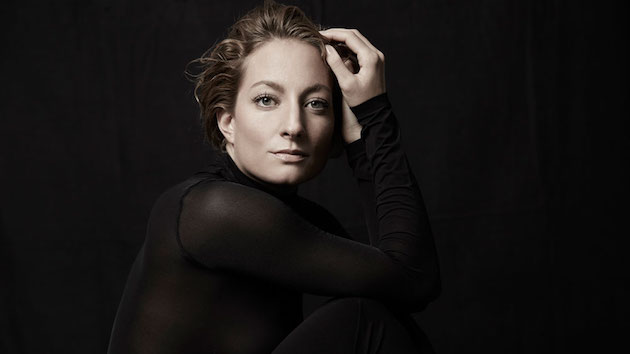 One sure way to command attention is to begin a recital, not with some charming little ditty that gets the voice moving, but with a big statement of deep import. Bavarian soprano Christiane Karg, did just that in her April 8 San Francisco debut in Herbst Theatre, starting with Hugo Wolf’s great Goethe setting, “Kennst du das Land” (Do you know the land).

To glowing piano accompaniment from the wonderful Malcolm Martineau, who thankfully kept his instrument’s lid open, Karg’s ability to seize listeners with the emotional integrity of her open-mouthed outpourings proclaimed her a successor to a long line of great soprano art song specialists that, on record, begins with Elena Gerhardt and extends through Lotte Lehmann, Elisabeth Schumann, Maggie Teyte, Elisabeth Schwarzkopf, Irmgard Seefried, Elly Ameling, and Arleen Auger.

Karg’s instrument is strong and free, with an understated but nonetheless thrilling, shimmering vibrato on high that recalls, to some extent, the young Dawn Upshaw’s top. Although not the voice of a fragile flower or naive innocent, it is capable of sweetness as well as weight and depth. Even more important, she possesses an instrument that, like the voices of all great art song specialists, resonates from her soul.

There was no one section of the recital that stood out, but Karg and Martineau’s choice to eschew applause in most of the evening’s second half showed that they were far more interested in communication than adulation. They quickly segued from Henri Duparc’s unforgettable “L’invitation au voyage” and Ravel’s Five Greek Folk Songs (Cinq melodies populaires grecques) to three of Reynaldo Hahn’s Etudes latines, three songs from Charles Koechlin’s Shéhérazade, four of Poulenc’s Apollinaire settings, and, finally (with, perhaps a break — I was truly tranced out by then), Duparc’s “Romance de Mignon” It was a far meatier recital than those that rely on multiple applause breaks and sweeping exits and re-entries to fill out the evening.

Both artists were fully up to the challenge. In Duparc’s entrancing depiction of Baudelaire’s opium-laced seduction, Karg masterfully mixed eroticism with restrained urgency. The lines “D’aller là-bas vivre ensemble/ Aimer à loisir,/ Aimer et mourir/ Au pays qui te ressemble” (Going there to live together / To love at leisure, to love and to die/ in a country that is the image of you) were as memorable as Martineau’s waterfall of delight at the song’s end. The way he slowed to a perfect close after Karg’s final utterance, “There, all is harmony and beauty, luxury, calm and delight,” affirmed his status as a great accompanist.

Karg avoided making voices and exaggerated expressions in the Schwarzkopf manner, but her transitions, in the Ravel songs, from reverence to seductive teasing, joy, and abandon were irresistible. She does not possess the last iota of smooth sensuality in her singing, nor does she bend tempi anywhere near as much as her predecessors (a pity there.) But her pianissimi elicited rapt attention.

The recital’s first half included five songs from Wolf’s Italienisches Liederbuch, and three from his Spanisches Liederbuch. Schwarzkopf and Seefried territory indeed, performed with total commitment, emotional honesty, and vibrant and glorious highs. “Mein Liebster ist so klein” (My sweetheart is so small) conveyed a big-eyed and adorable innocence that never once seemed over-calculated or arch. Martineau’s close to “Klinge, klinge mein Pandero” (Ring, ring my tambourine) was equally seductive.

Special mention is due their rendition of Jesus Guridi’s Seis canciones castellanas (Six Castillian songs). Karg’s authentic Spanish lilt, her communication of the poems’ sexual violence, hurt, and breath-seizing intimacy was art song at its best..

The duo initially signaled one encore — a rendition of Hahn’s “À Chloris” that fell short of seductive simplicity — but the audience demanded more. Their rendition of Manuel de Falla’s “Nana” would have left the composer smiling.

May 6 at S.F. Performances brings the U.S. recital debut of high soprano Rosa Feola, whose recent recital CD received glowing praise from both Gramophone and BBC Music Magazine. Even if opinions of Feola’s greatness vary, Ruth Felt and S.F. Performances have definitely scored a coup for Bay Area vocal lovers. By all means, go!