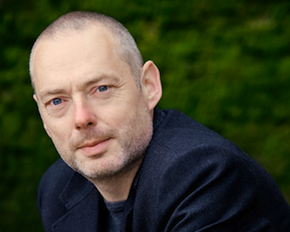 Something extraordinary happened in Herbst Theatre on Saturday night. In the second of two programs devoted to Robert Schumann and his artistic heritage, British tenor Mark Padmore and American pianist Jonathan Biss fused words and music in a supreme partnership that conveyed emotions with transcendent, eye-opening profundity.

The artistic peak of this first-time collaboration, presented by San Francisco Performances, which finally enabled the eloquent Padmore to make his Bay Area recital debut, came in the duo’s performance of Schumann’s 16-song cycle, Dichterliebe. Barely a Bay Area season goes by without multiple performances of Dichterliebe by at least one baritone or tenor (and the occasionally daring mezzo-soprano or soprano). Yet it is safe to say that few members of an audience filled with lieder aficionados, some of whom know every note of Dichterliebe by heart, have ever experienced such an intense evening in which the combination of probing intellect and musical magnificence so clearly conveyed the crying heart that sings throughout Schumann’s cycle. 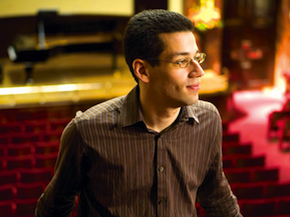 The duo’s insights surfaced immediately, even before Padmore had uttered a sound, in the hesitating manner in which Biss introduced the cycle. Once Padmore began to sing of the wonderfully beautiful month of May (“Im Wunderschönen Monat Mai’), Biss’ repeated hesitation at the start of the second verse, and the manner in which he supported Padmore in Heine’s final phrase, “My yearning and my longing” (Mein Sehnen und Verlangen), brought out the pain that flickered beneath the warmth of Padmore’s over-arching sweetness.

Biss’ strange lingering, a portent of what was to come, re-emerged at the end of the second song. By the time the duo reached the fifth song, “Ich Will Meine Seele Tauchen” (My soul wants to delve into the cup of the lily), there was no escaping that the accompaniment’s insistent minor key conveyed the ironic bitterness bubbling to the surface through the final phrase, “the kiss … that she once gave me.” The cycle’s stunning emotional crash came suddenly in the next song, where the change in Padmore’s tone and the almost funereal manner with which Biss played the all-important postlude, sounded almost as if the iconic image of the singer’s beloved had itself shattered and fallen into the Rhine.

In subsequent songs, it became apparent that, to Padmore, tone and color are everything. As aware as he is of text, and as intelligently as he underscores vowels and consonants with a restraint and subtlety that elude lesser artists, it is the supreme control with which he applies his extended palette of colors that he expresses emotions with such telling eloquence.

An intense evening in which the combination of probing intellect and musical magnificence so clearly conveyed the crying heart that sings throughout Schumann’s cycle.

Insight after insight followed. Who could not be moved by the force with which Padmore ascended to the high A in “Ich Grolle Nicht” (I bear no grudge), and the passion with which he expressed misery at the song’s end? Biss’ power of expression was tremendous at the end of the woeful “Hör’ ich das Liedchen klingen” (I hear the dear song sounding), and Padmore achieve an equally moving, tangy bitterness in the ditty, “Ein Jüngling liebt ein Mädchen” (A young man loved a girl). Most astounding was the sound of falling tears that Biss drew from the postlude to the beautiful song, “Am leuchtenden Sommermorgen” (On a shining summer morning.”

As the cycle continued, Padmore’s voice occasionally shook with pain. He may have lacked Lotte Lehmann’s incomparable ability to bring out the poetic alliteration in phrases such as “Im irren, wirren Kreis,” but the manner in which he skillfully shifted from the sweetness of love in first bloom to the bitterness of rejection and fortitude amid pain were second to none.

I was not entirely convinced by either the fast clip with which the duo galloped through the final two songs, nor the rapidity with which Biss left pain behind in the final postlude. Nonetheless, taken as a whole, it was one of the finest Dichterliebe I have ever heard.

The duo’s genius first came to the fore in the six Heine songs from the song collection by Franz Schubert that was posthumously published as Schwanengesang (Swansong). In the near overpowering song, “Der Atlas” (Atlas), the piano’s churning brilliantly underscored the tenor’s exclamations. Padmore may not have the volume or strength of a giant such as Hans Hotter, but his expression of misery at the song’s end was overwhelming. Extremely touching in the longing lightness of “Ihr Bild” (Her picture), united in sweetness at the end of the lovely “Das Fischermädchen” (The fishermaiden), tone perfectly judged and balanced in “Am Meer” (By the sea) — lacking only the ultimate hollowness which distinguishes the finest performances of “Der Doppelgänger” (The phantom double) — Padmore and Biss were magnificent.

Far less can be said of their initial presentations, Alban Berg’s Seven Early Songs and Biss’ piano solo, Schumann’s five Dawn Songs. Padmore has yet to find his way with through the Berg, and he and Biss often seemed at odds. Partially it was a question of tone — there’s a good reason why women almost always sing these songs — and partially an issue of getting the music thoroughly under one’s skin. Biss came far closer in his opening solo, Schumann’s final burst of sweetness before mental instability overcame him. Nonetheless, it’s fair to say that both efforts paled in the wake of the two song collaborations that revealed the full measure of these two artists’ genius.