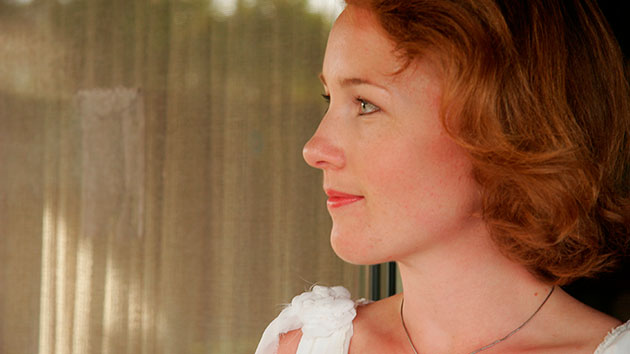 For an evening that clocked in under two hours, mezzo-soprano Sasha Cooke’s San Francisco Performances recital at St. Mark’s Lutheran Church March 6 had a substantial, almost outsized sense of scale.

Part of that came from the ambitious blocks of material that filled the first half of Friday’s program. Cooke opened with Arianna a Naxos, a dramatic, almost frenzied cantata for soprano and keyboard by Haydn. Then came the complete, emotionally draining Songs of a Wayfarer cycle by Mahler. It’s no wonder the audience got up at intermission looking a little dazed.

As Cooke put it herself in a brief speech of thanks to San Francisco Performances, this was an evening of art song “un-watered-down.”

As if controlled by ranks of internal stops, Cooke showed again and again her ability to open out a phrase, or even a single note, and then tamp it back down to find some glowering, new color.

A frequent San Francisco performer at both the Opera (the title role in The Gospel of Mary Magdalene) and the Symphony (where she’s made Mahler a specialty), Cooke made an immediate impression with her formidable vocal instrument. An overall density came across that was impressive, if sometimes borderline oppressive in this recital venue. Hers is a voice that plays to best advantage in a larger hall.

Listeners, knowing something very serious was under way, were bolted in place. Even when she turned playful as she did here and there in the Liszt and Granados songs that occupied the program’s second half, the humor landed with the precision of someone not to be toyed with.

Haydn’s Arianna (a work the composer intended to orchestrate but never got around to doing) felt like a mini-opera uncomfortably compressed. Cooke tracked the storms of the heroine’s feelings – from musing to plaintive, wrathful to despairing – with hair-trigger control. Dynamic shifts, run of steely phrasing, sparse ornaments, and sudden lapses into flat-voiced defeat all arrived on target. So did her theatrical gestures – striding forward, gazing off into the remote distance.

It was largely in vain. This curious, spasmodic work of Haydn’s was set off by a lot of busywork for the pianist, and came off as more histrionic than gripping, more display than genuinely musical delivery.

Cooke’s natural affinity for Mahler was apparent in the Wayfarer sequence. She fashioned these four songs into a wrenching, anguished journey of tormented love.

Even when the text called for it, the light and winsome touches bore anticipation of the worst. The blue flowers and sweet birds of the first song never came fully to life before they were quickly snuffed out. The swagger of the second song, “This morning crossing the field,” felt heavy-footed.

These weren’t bad choices, just decisive ones. And Cooke made her approach pay off, taking this “Wayfarer” into profound depths, from the persistently doomed prospect of happiness to the gorgeous austerity of the lime tree at the end of the cycle.

Accompanying pianist Julius Drake had the challenging task of complementing the symphonic amplitude of Cooke’s voice. In the Mahler, he came up short at times, opting for some dry, almost ascetic phrasing that came off as self-effacing to a fault. At other times, he overplayed the drama.

As powerful as the Mahler was, the second half of the program showed off Cooke’s range in a more crowd-pleasing way. The six Liszt songs ranged from lilting wistfulness to reverent meditations on nature (“The noisy voices of day go silent”) to the narrative drive and tonal variety of the familiar Die Lorelei. The singer pierced the fourth wall with a blunt, cheeky air of sensuality in her direct-address question to the audience, “What love be?” In “Let me rest,” Cooke’s voice seemed to travel through a span of aches and aspirations on a single, apt word: Herzen (heart). It was a marvel that commanded the closest kind of attention.

The four selections from Granados’ Tonadillas de un estilo antiguo evoked the masterly paintings of Goya. Cooke rose to the occasion, with sleek and sultry vocal imagery. After the sharply etched phrases and emphatic accents of “The Sorrowful Maja,” her voice trailed off in a tantalizing way. She brought a taunting, sexual confidence to the tra-la-las in one brief scene and a wondering, languorous ease to the gaze of another Maja.

Two Cole Porter encores, neither of them particularly suited to Cooke, recalled the uneasy opening of the recital. Beginnings and endings proved hard. What came in the middle was what mattered.