You have probably heard Carl Orff's Carmina Burana before. If you're like me, you've heard it many times. Even so, I have never heard it the way the San Francisco Symphony played it at Davies Symphony Hall on Wednesday. (It was the day of the World Series victory parade, and a couple of the violinists wore Giants caps, though not while they were actually playing.) 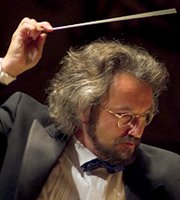 Carlos Kalmar, music director of the Oregon Symphony, led the orchestra and its distinguished chorus, plus the Pacific Boychoir and the Crowden School Allegro Con Brio Chorus for children's voices, and it was obvious from the opening pounding drum beats that Kalmar really intended to put the punch in it. Other productions have been more colorful or more full of character; none have had such sizzling rhythmic vitality. Some reviewers might disagree with that assessment. If so, they must really despise this music. This was not a performance to make you find yourself humming Orff's tunes on the way home. It was one to provoke you to beat his complex rhythms against your thigh and any available walls or lamp posts.

That's because rhythm — using tricks Orff learned worshipfully from Stravinsky — is what Carmina Burana is all about. Kalmar brought this out by conducting with absolute crispness, drawing the children's chorus out with special attention in choral-conductor gestures, and both singers and instrumentalists responded with vigor, bite, and sure precision. All the choristers were strong, clear, and on target throughout. The Symphony Chorus' "Manda liet" (in "Circa mea pectora") had particularly infectious speed and precision, and the children's numbers were bold and confident. 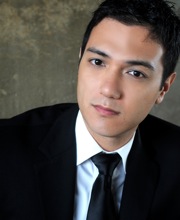 Thrust and drive varied. Following Michael Tilson Thomas' practice in this work of varying the tempos unexpectedly, Kalmar has an interesting habit, applied almost consistently, of leading any passage that's both tutti and forte at a significantly faster speed than those which aren't. This may have been odd; what it wasn't was flaccid. Rather than making the performance jerk roughly, it lent a pulsation and emphasis to the louder portions. Performances of Carmina tend to shine in either the thunderous opening and intricate first "Springtime" section, or the more lyrical third "Courts of Love" section. This one was almost equal in delight throughout; if there was a strongest section, it was the second, "In the Tavern." 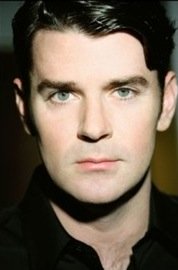 Here is where the male solo singers particularly shone. Tenor Nicholas Phan, in his one role as the roasting swan, exuded regret rather than agony, making a version more lyrical than painful within the context of Kalmar's dynamic conducting. The following number, the drunken abbot ("Ego sum abbas"), made an even better summary of Kalmar's method. Keith Phares, the baritone soloist, has a smooth, almost caressing voice. Like Phan, he was there just to sing, not to play character parts, so he surprised the audience by indulging in this one just enough to lean against the balustrade at the back of the podium, almost more as if he were a falling tree than a drunken man. Most of his elaborate solo is in free rhythm, and he took it lyrically rather than irregularly. The sudden rigid fortissimo 4/4 orchestral and choral interjections, inserted with careful timing and an iron precision of ensemble, were all the more stunning by sheer contrast.

The soprano solos are all in "The Courts of Love" and tend towards the more lyrical numbers. Joélle Harvey sang these with a plain lyricism akin to that of Phares. They operated as a respite to the unusually crisp pounding of the other numbers, like "Circa mea pectora." From Harvey's last solo, the short "Dulcissime," the musicians pushed in a raging torrent — Kalmar hesitated not at all in firmly applying Orff's attacca instruction here — through a thunderous rather than grand "Ave formosissima" and then into the closing "O Fortuna." It was a riveting conclusion to a grand event. 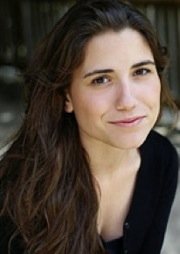 After that memorable experience, I could hardly recall what had been on the first half of the program. Haydn's Symphony No. 97 in C was the last, most hurriedly written, and probably the least witty of the six symphonies composed for his first London visit of 1791-1792. It's been influential, serving as a model for Beethoven's Symphony No. 1 in the same key, and as more of a crib sheet for the "Jena" Symphony, once attributed to Beethoven and now pegged on a minor composer named Friedrich Witt. You couldn't prove old No. 97's importance by Wednesday's performance, however. While there was some interesting color to the alternation between brusque and melodic, overall it was stiff and a bit dull, not the way to sell Haydn.

Eccentric modernist Alfred Schnittke's Moz-Art à la Haydn, for a small string orchestra including two solo violins (Concertmaster Alexander Barantschik and principal second violinist Dan Smiley), is one of several Schnittke pieces that chop up bits of Mozart on a cutting board and run them through a blender. It was odd and close to pointless, like an out-of-tune radio station. The "à la Haydn" part comes in at the end, where the musicians are instructed slowly to begin to leave the stage as their fellows keep playing, copying the eponymous feature of Haydn's "Farewell" Symphony. Haydn had a purpose: He was trying to hint to his employer that the musicians needed a vacation. Schnittke is just being postmodernistically referential, so what's his excuse?