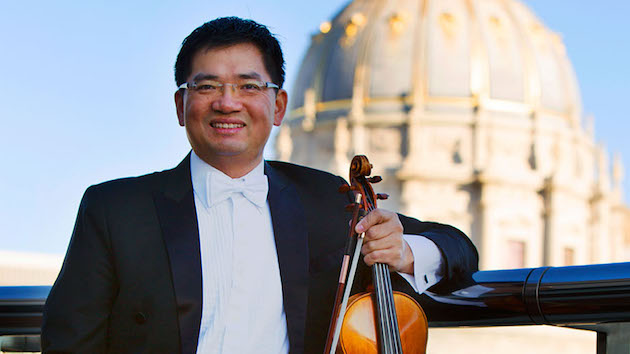 As Sunday’s San Francisco Symphony chamber music concert got underway, a fellow concertgoer opened a novel to the middle of a chapter and began an afternoon read. This may be usual behavior for Sunday matinee concerts in Davies Hall, but I was struck by the act: It seemed right and good that this program of intimate, house music should be pouring out over all sorts of listening styles. 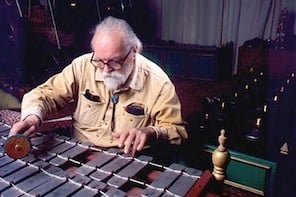 The program itself was focused on inter-war compositions by French and American composers with a Lou Harrison piece a temporal outlier. Barber’s early Quartet in B Minor, with the famous adagio middle movement, started the program. Playful and even rowdy wind compositions from French composers Eugene Goossens and Francis Poulenc made up the second half. But it was Lou Harrison’s Varied Trio that wowed the audience.

And for good reason. The composition itself is breathtaking, the score calling for varied and unusual percussion instruments, plucking the interior of the piano and occasionally hitting the outside of the instrument with a mallet, and alternating plucking and bowing sounds from the violin. Harrison’s sonic references are also myriad: from gamelan to the aristocratic French courts of the 1700s (see Brett Campbell’s recent review for the SFCV).

The performers made the piece unforgettable. Pianist Eric Zivian executed the work’s extended techniques with virtuosity, while providing an incredibly lush, evocative, at times even dainty aural tapestry for violinist Melissa Kleinbart’s soloist moments. Her playing was sensitive and direct: an unstoppable combination that made for a transcendent monologue/soliloquy in the third movement. Percussionist Jacob Nissly’s rhythmic precision and multi-instrumental prowess supported the entire trio; he shone in the solo moments of the second movement. 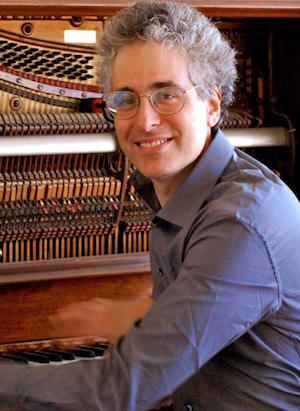 Unlike the would-be drama of the outer movements of Barber’s string quartet or the flashy passagework of Goossens and Poulenc, Harrison’s piece does not demand attention, it invites it. Every movement was followed by scattered applause (without reactionary shushing); it was the only piece that got some people to their feet at its conclusion, and everywhere you went during the subsequent intermission people were gushing over the piece, even one of the performers who was being questioned about the piece in the lobby. During the performance, even the book reader lowered his reading material to gaze at the source of these wonderful sounds.

While the rest of the program was well performed, particularly violinist Yun Chu’s impeccable sustained tones and final fade out in the Barber and Tim Day and Eugene Izotov’s intonation in the Goossens, the acoustics of Davies Hall did not make for the most intimate experience. When the string quartet released loud, rocketing gestures that would be pleasantly overwhelming in a smaller space, they sounded distant and orderly.

This acoustic conundrum worked for some movements, like Barber’s adagio, and the closing, quiet counterpoint in Poulenc’s Sextet, but the whole program would have benefitted from living in a different space. Why not take the Chamber Music Series to another venue where the performers’ craft can better resonate? And why not select a space where the audience’s diverse listening styles can feel at home: book readers, socialites, and music connoisseurs alike?

Somehow the Harrison piece won the acoustic battle and was entirely captivating. Given the brilliant performance and its joyous reception, why was it the only composition of its ilk on the program, arguably in the entire chamber music series? Audiences are ready for this music and members of the San Francisco Symphony are nailing the few glimpses we get. We are ready for something different. Will we get it at Davies Hall?