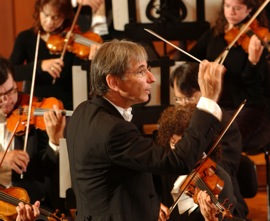 The Lucerne Music Festival, where Michael Tilson Thomas and the San Francisco Symphony are heading, is an orchestral showcase, in addition to its many spectacular chamber-music events.

The month-long festival in this small town (population 76,000) in central Switzerland opened with Claudio Abbado and his Festival Orchestra and will close on Sept. 18 with Gustavo Dudamel conducting the Vienna Philharmonic.

So how do MTT and the SFS fit into this picture, with their scheduled concerts in Lucerne, Sept. 11-13?

Fresh from the long, explosive, well-deserved Davies Symphony Hall–wide standing ovation at the end of Friday’s Bon Voyage concert (a kind of dress rehearsal for Lucerne), I think all should be well. 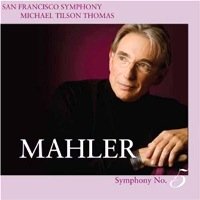 The first three movements of Mahler’s Symphony No. 5 sounded extraordinary, on par with the treasured MTT/SFS performances during the 1998 Mahler Festival. Not that there was anything wrong with the latter half of the performance. Rather, the reason for singling out the first three movements is that they were special. The Adagietto could have been more ethereal, and Mahler himself is responsible for what seems an almost superfluous last movement, but it was all good — a matter of Tilson Thomas showing love, both wisely and well. 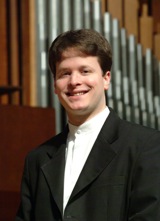 Without a score, and being utterly — somewhat uncharacteristically — involved in every bar of the gigantic piece, MTT accomplished two seemingly contradictory tasks: He made “sense” of the work as a whole and gave equal play to all parts, however conflicting some may be.

These days, Davies Hall experiences fewer and fewer walk-outs during Mahler (there were only a handful Friday, as opposed to the mass movements in years past), but the truth is, even a century after his death, Mahler doesn’t go down smoothly for a large segment of the audience.

Fans treasure those sudden, still-unexpected, and strange changes in mood, dynamics, and tonality, but to others they represent a challenge. To pull it all together, to make it seem as inevitable as, say, a Beethoven symphony, to bring to life what is often played as a transition or a restful valley between great peaks — that’s the daunting undertaking, and that is exactly what MTT accomplished.

However complex, near-convoluted, the Funeral March ("like a cortege") and Storm ("with greatest vehemence") may appear, it was all clear, linear, connected in Davies Hall. From the opening mighty trumpet calls — superbly played by Mark Inouye — through every measure, those two connected movements were extraordinary. They left the audience stunned.

Unlike some other performances in which the contrasting Scherzo is played as an intermezzo before the deep, redemptive sorrow of the Adagietto, the MTT/SFS treatment gave this "country music" full emphasis, full justice. The horns, the entire brass all lived up to what Inouye had wrought, the devilishly difficult tempos and dynamics were all splendid, but not excessively "controlled." Again, just right. 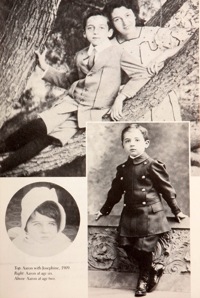 The program’s “novelty,” Copland’s 68-year-old Organ Symphony, is still new here and should be even more so in Europe, where it’s guaranteed to be a hit. It is a strange, interesting, satisfying work, using the same size orchestra as the Mahler, plus the organ, of course. It’s not a concerto: Paul Jacobs played the part exquisitely, but instead of engaging in a contest with the orchestra, he was mostly in quiet contemplation, picking up the volume only a couple of times. Otherwise, the organ just sang alongside the other instruments.

The Prelude opens with the principal viola (Jonathan Vinocour) playing an utterly simple, meandering theme, later taken up by an expanding set of first-chair players. Even with the full orchestra participating, the first movement keeps going back to a chamber-music sound and mood.

The Scherzo is less tentative, ambiguous, and fascinating than the first movement, but between outbursts of energy and the woodwinds invoking birdcalls comes solid, substantive music. The Finale, the most recognizable and mature music from the then-24-year-old composer, is reminiscent of Eastern European masters of the period, especially Bartók. Like Bartók's later Concerto for Orchestra, in Copland’s Organ Symphony contemplative music yields to robust, almost riotous passages before returning to deep thought. Through it all, ensemble work and MTT’s direction were a wonder to behold.