If such qualification exists, Lang Lang is probably the best pianist around — even if there are better musicians out there. One is Yuja Wang, not only a great artist, but also a wordsmith of note. Her two-word characterization of Lang Lang — offered in an uncritical and kind manner — is an unforgettable one, saying he is: "like Elvis." 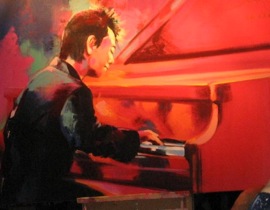 That's exactly right. Since the stunning appearance of Lang Lang as a teenage genius, his performances have been notable for brilliance, flash, excess, a good measure of ego, and enormous popularity. There are some wild estimates and conjectures about millions of Chinese children taking up the piano under his influence. That's commendable, but there is a price to pay: Being an idol and a great musician seldom actually coincide.

How delightful then to be at Davies Symphony Hall Tuesday night, and to share with a near-capacity audience a different Lang Lang: subtle, self-effacing, while also exhibiting the highest level of artistry. The occasion was Isaac Albéniz's gorgeous and relatively rarely performed Iberia (Book One).

No Elvis here, but an evocative, beautifully lyric "Evocación" (No. 1) of unobtrusive fandango rhythm; a shimmering "El Puerto" (The Port), with daring but restrained harmonics, effortless syncopation; and the celebration of "El Corpus en Sevilla (No. 3) — even here, the bravura playing did not go into excess.

Moderation and discipline continued in the Prokofiev Sonata No. 7 in B-flat major, Op. 83, even in the opening ostinato reminiscent of the Love for Three Oranges March. Lyricism — somewhat unusual both in Prokofiev piano pieces and in Lang Lang's treatment — prevailed in the quiet second movement, and the romp of the finale was, dare I say?, tasteful.

In both pieces, but especially in the superior music of the Albéniz, Lang Lang exhibited the ability he has always possessed, but has not always allowed to come to the fore: He played the music, not the piano. 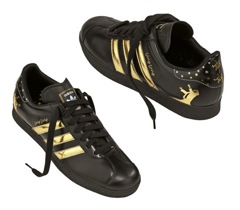 The other Lang Lang showed up in the first half of the program first, with Beethoven's Sonata No. 3 in C Major, Op. 2, No.3, and then Sonata No. 23 in F Minor, Op. 57 ("Appassionata"). Technically fabulous, every note solidly in place, the performances were nevertheless uneven, at times annoyingly so.

The youthful Sonata No. 3 opened with excessively casual, throwaway style, facile to a fault. Conversely, the Adagio had excessive contrasts, the Scherzo speeding away. This is the Lang Lang of ease becoming too easy, sudden shifts to savoring notes, lingering over them: inconsistency and a variety show of sorts.

The Appasssionata was undeniably brilliant, but with dynamics and tempi frequently exaggerated, consistency in short supply. When in this mode, Lang Lang gets carried away by his own brilliance, not necessarily serving the composer's. The work's agitation and dynamic range were mostly well represented, when not overdone.

The finale is obviously a great storm, but not one well served by Lang Lang's runaway-train imitation, which created united grimaces on faces of audience members just in my vicinity. Elvis didn't leave the house soon enough before the intermission.

At the end of the concert, however, the usually generous pianist stayed for everyone's delight, with encores of the Rachmaninov D-major Prelude and the Chopin G-flat Prelude.