Leaving Davies Symphony Hall Sunday afternoon at the conclusion of the San Francisco Symphony’s all-Sergei Rachmaninov program, I was wondering if I’d put on weight merely by listening to it. Guest conductor Semyon Bychkov led only two large works, with everything but the kitchen pantry thrown in. 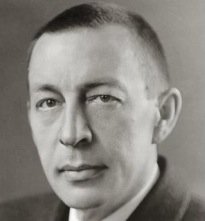 The Bells could almost be titled The Seasons, since each of its four large movements deals with one of them. There are the bells of winter through fall: winter’s silver sleigh bells, golden wedding bells of spring, summer’s bronze alarm bells, and tolling iron knells for autumn. They were sung in the symbolist poet Konstantin Balmont’s Russian translation. It’s emotional stuff.

Rachmaninov’s structure works at emphasizing the text by avoiding contrapuntal overlays. There is, thank goodness, no fugal finale — the presence of which is a major cliché of most large choral compositions. Each section features one soloist at a time, with large segments for the chorus, to emphasize significant dramatic highlights.

The opening movement is set for bass, chorus, and the composer’s obese orchestration, which calls on almost all of his large orchestra. That’s tricky, when supporting voices. Bass Petrenko was superb in every respect: strong voiced and with musicianship of the highest quality throughout. Exactly the same virtues applied to tenor Lopardo, who sounded even more impressive in his always faultless precision. Each contributed fine performances, indeed. Bravos to them both.

Then came soprano Focile’s turn. While she’s basically a sound vocalist, she was forced into scratchy squeals by Bychkov’s conducting, and was drowned out by brass and percussion pushed to maximum volume. The wonder is that the orchestral players could maintain their beauty of timbre while being pushed into something close to being a din. 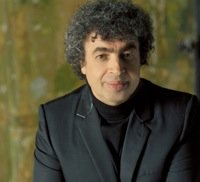 Bychkov always set the dynamic levels higher or lower than its appropriate setting. Thus, fortes were played fortissimo, written fortissimos at fortissimo quanto possibile (“as loud as you can go”). Yet the reverse was also true: Soft (piano) passages emerged as pianissimos, pianissimos as barely audible. (“Careful how you turn the pages,” as Thomas Beecham once said to his orchestra after asking whether a singer was giving full voice.) During orchestral climaxes, the SFO’s singers might as well have kept quiet, since you could hardly hear them within the noise.

As it happens, the stranger seated next to me asked whether I’d enjoyed the piece. I told him I liked both the piece and the performers, but was disappointed by Bychkov’s exaggerations. However, noticing his Russian accent, I asked what he thought of the vocalists’ enunciation of Balmont’s Russian text. He replied that they’d sung in first-rate Russian, all the way.

Bychkov was far more restrained and impressive during a lovely performance of Rachmaninov’s Second Symphony. Balances were fine, tempos right on the mark, dynamics effective, as he conveyed a perfect feel for the character of the work, as well as necessary self-control.

This was large-scale music-making, made without taking the composer’s authorized cuts. That brought added dignity to the E-Minor Symphony. The uncut original version produces a kind of panorama effect of the sort we hear in the larger Strauss tone poems or Shostakovich symphonies.

And, of course, Rachmaninov’s Second Symphony is as packed with great tunes as is his Second Piano Concerto. Then, too, it displays enough snappy bravura to keep a listener’s attention riveted on the music, especially during the scherzo and the powerful finale. That scherzo constitutes a rare example of Rachmaninov dipping into unbridled joy.

As to the orchestra itself, I don’t see how the piece could have been better played. Its flashy passages glistened, its expressive passages glowed with warmth, and the occasional lines for solo instruments were conveyed with elegant panache. The solos were not only good, but also moving, especially a sensational clarinet solo during the slow movement.