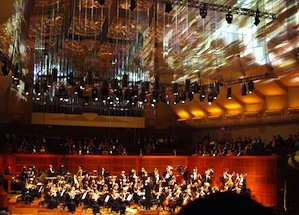 Who knew that just a few months after the San Francisco Opera splendid Ring cycles, there would be another great Wagner experience, just across Grove Street. But so it is, and you can be part of it Friday and Saturday.

And yet, the first night, Thursday, was special, with Esa-Pekka Salonen conducting the local premiere of his Violin Concerto (or rather his “Leila Josefowicz concerto”) and Christine Brewer in her revived glory, singing in excerpts from Götterdämmerung.

The San Francisco Symphony was at its best, the musicians having been sidelined for two nights, enviously listening to the visiting Boston Symphony, led by Ludovic Morlot, playing Bartók and Ravel in post–James Levine splendor.

But to begin at the beginning: Dec. 8, 1911: Sun Yat-sen returns to China to form the Republic of China, Amundsen reaches the South Pole, the Scott expedition is at the endpoint in the Antarctic, and they are playing Wagner in San Francisco. Who would that be? 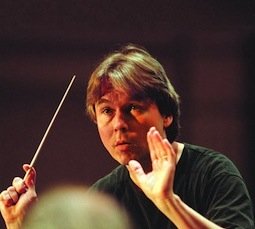 That would be the San Francisco Symphony’s inaugural concert, just five years after The Big One, opening with — what else — the Overture to Die Meistersinger von Nürnberg. Neat symmetry for a centennial evening.

Salonen, whose 2004 “Tristan Project” in Los Angeles convinced me that he is a Wagner great, opened the second half of Thursday’s concert as if Götterdämmerung was a natural segue from the whisper-quiet end of the gorgeous, program-opening Sibelius Pohjola’s Daughter, with the same hushed pianissimo and same yearning atmosphere. The San Franciscans played Sibelius as if they were the best orchestra in Finland.

As the Wagner moved on and up, covering ground from Siegfried’s doings and demise to that mightiest of finales, the orchestra’s trombone chorales, horns — all the brass — shone. And, as the string sections entered one by one, they channeled the Boston Symphony.

The San Franciscans played Sibelius as if they were the best orchestra in Finland.

The climactic places stormed gloriously, but for most of the piece, it was a restrained, straightforward, nonorgiastic Wagner. I happen to be a Solti fan, but this was a perfectly valid alternative, more in the Boulez mode.

Sitting far above the stage, I heard Brewer in the “Immolation Scene” as if she were one of the instruments, albeit a very beautiful one, perhaps a viola. Near the end, the voice came to the fore, as heard even from my acoustically strange place. Still, I am pretty sure that nowhere did it sound like a “listen to me” performance, but rather part of one great ensemble. 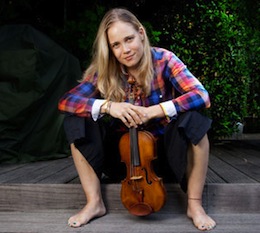 It would be wonderful if opera fans not particularly interested in contemporary symphonic music “got caught” in this program. Salonen’s Violin Concerto is one of the most appealing, interesting, substantial works of recent years. It is also one of the few valid and valuable creations where the dominance of sound over conventional aspects of concert music is not a bug, it’s a feature. (Words spoken by one woefully deaf to the much-advertised charms of Cage & Co.)

Violating child labor laws, poor, brilliant Josefowicz is made to play virtually nonstop, including innumerable impossible passages. She is on for just about every minute of the half-hour concerto (without using a score), while all but the percussion sit back and just watch her with admiration.

As well as they should: The sounds she produces, at times in eerie harmonies with percussion, are strangely wondrous, creating an atmosphere both unfamiliar and riveting. This is contemporary music that demands to be heard again — the ultimate test.

The violin starts alone, “as if the music had been going on for some time already,” as Salonen explains in the program notes. For the rest, his accomplished ambition is variety, ranging “from the virtuosic and flashy to the aggressive and brutal, from the meditative and static to the nostalgic and autumnal.”

The huge applause for Josefowicz and the orchestra was managed by Salonen in such a way that the composer himself never took a solo bow. Classy, but perhaps too humble. That should work to find something wrong with him tonight; there was nothing else to pick on.

Go for the Wagner, be thrilled by the Salonen.