If there’s one country composers from other countries like to write music about, it’s Spain. French and Russian Romantic composers were particularly apt to take their vacations there. There was one of each on the San Francisco Symphony program at Davies Symphony Hall on Thursday, June 15, under guest conductor Vasily Petrenko with violinist Joshua Bell.

Symphonie espagnole sounds like an odd title for Édouard Lalo’s violin concerto. In fact, symphonie was a common 19th-century title for concertos not in traditional concerto format. Only Lalo’s survived in the repertoire. He wrote it for Spanish virtuoso Pablo de Sarasate, who disliked long passages in which he didn’t get to play. So instead of the usual three-movement work with long orchestral tuttis, to please Sarasate’s ego Lalo wrote a five-movement work with brief tuttis.

Nevertheless, Lalo practiced the most robust and punchy orchestration of any composer of his time. Brief though they are, his orchestral explosions dominate the texture. This was all the more apparent with a soloist whose tone is as soft and buttery as Joshua Bell’s. Bell refused to dig in and growl, despite the ample opportunities Lalo provided to do so. Instead of commanding the music, Bell beguiled the audience with beauty.

This beauty was of considerable weight. Bell’s consistently smooth and lyrical playing, the subtle expressive variations he turned on repeating phrases, and even a way of making the sound vanish off the top end of his violin, transformed this flashy, display concerto into a captivating charmer. Though apparently overshadowed by the orchestra, Bell quietly glided his way to a triumph of grace. He made his curtain calls without carrying his violin, to make perfectly clear he would be playing no encore.

The concert’s Russian in Spain was the first of the great, 19th-century Russian line, Mikhail Glinka. His Jota aragonesa is a lively dance piece as aggressively Spanish as any later work by Albéniz or Falla. Petrenko conducted it with firm rhythms; but, like the Lalo, it was more thoughtful than glittery. The orchestration was presented lightly and clearly, as if this were proto-Tchaikovsky. There were plenty of impressive solo bits for everyone from Mark Volkert, concertmaster for the evening, to the back of the orchestra.

The program concluded with Rachmaninoff’s Symphony No. 1 in D Minor. This is the work whose 1897 premiere was so disastrously performed that it sent the composer into a paralyzing depression, unable to write for years until he underwent a course of psychotherapy. Unsurprisingly, he withdrew the score, and the work was only uncovered half a century later with the discovery of the first performance’s orchestral parts, which Rachmaninoff had forgotten about.

At that point, the world was introduced to a lean, tough symphony of considerable merit, in a dark, heavy, echt-Russian style owing more to Borodin and Mussorgsky than to Glinka or Tchaikovsky. Some, including me, consider it the finest of Rachmaninoff’s three symphonies. Yet it is not often heard. This, amazingly, is the first time SFS has ever played it. 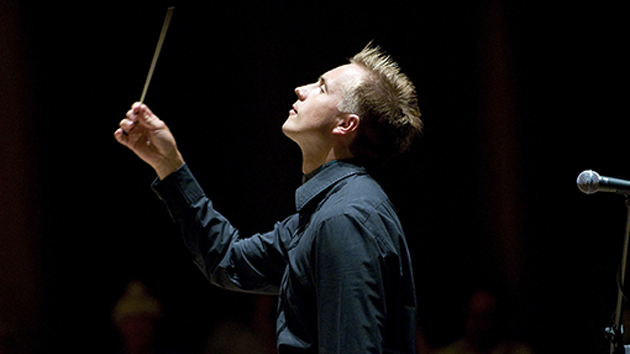 Petrenko, a slightly-built man prone to big waving gestures, likes to put the texture in epic symphonies by strongly emphasizing the quieter and more lyrical sections. He transformed Shostakovich’s Twelfth that way when he was here two years ago. Rachmaninoff’s First is hardly as lush or self-indulgent as his better-known Second, but it has graceful subsidiary themes and a Larghetto slow movement. Petrenko’s reading made this symphony sound as similar to the Second and other, mid-period Rachmaninoff works as it possibly could.

On the other hand, even Rachmaninoff’s lushest works are also full of drama, which the First has in abundance. Petrenko rushed the orchestra through some of the climactic passages, but he did not stint on power. The work’s most sterling highlights come in broad brass fanfares, played here with all the snap and vigor of which the San Francisco Symphony is capable.