San Francisco Symphony’s program for January 16–18, led by outgoing music director Michael Tilson Thomas, was something of a mixed bag, both in terms of repertory and performance. Chronologically, it spanned the 18th century to the 21st century; it included tonal music, atonal music, and eclectic modern music.

The concert opened with the West-Coast premiere of Julia Wolfe’s Fountain of Youth, which was first performed last year by MTT and the New World Symphony. Wolfe, who won the Pulitzer Prize in 2015 for Anthracite Fields, describes the work as “serious fun” and says that “it’s intense pretty much all the way through, but different kinds of intensity.”

Fountain of Youth certainly succeeds in expressing intensity. Wolfe’s orchestra is not particularly large, but she deploys it in big blocks of sound that make it difficult to pick out individual instruments and tunes. The work opens with a long and buzzy string tremolo, punctuated by rattling percussion that perhaps evokes the insect life of Florida, one of the purported homes of the fountain of youth. Howling brass breaks through the ongoing tremolo. A long crescendo leads to a quieter section that’s eventually succeeded by a jazzy, syncopated section.

Fountain of Youth is quite loud for much of its length, and unfortunately seems to be one of those pieces whose volume and orchestration overwhelm the acoustics of Davies to the extent that the work sounds congested. I would like to hear Fountain of Youth in a different auditorium, or simply played at a dynamic level that made audible more of its musical details. 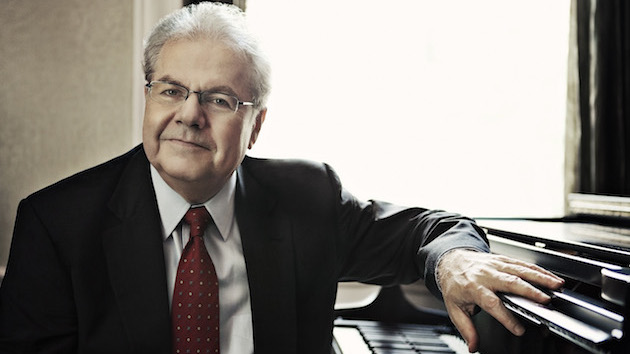 This year marks the 250th anniversary of Beethoven’s birth, and orchestras everywhere have responded by playing as many of his symphonic works as they can, generally without providing context by programming music by his contemporaries, and without regard to the quality of the works themselves.

This week brought the composer’s Piano Concerto No. 2 in B-flat Major, with the genial pianist Emanuel Ax as soloist. Even the anniversary year doesn’t justify programming this concerto, which is simply not in a class with the great Mozart piano concertos or the later Beethoven concertos. If only the orchestra had included a concerto by Ignaz Moscheles or Johann Hummel — to provide some context for this concerto and for the early 19th-century piano concerto in general.  And while it’s always a pleasure to hear Ax’s beautiful tone and musicality, the overall performance was so straightforward and uneccentric that it bordered on the dull. It would have benefitted from more extreme tempos and less genial playing. Nonetheless, the audience ate it up, and Ax came back for a tender performance of Schumann’s Fantasiestücke, Op. 12, “Des Abends” (In the evening). 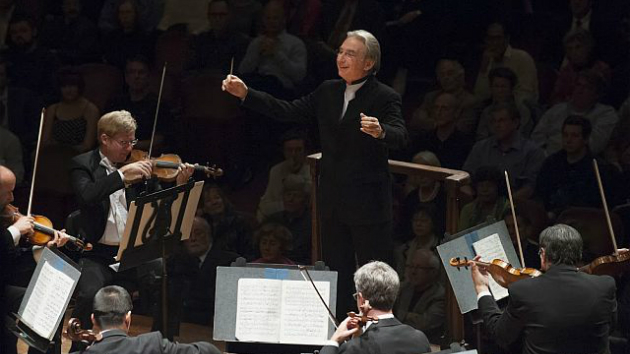 The second half of the program opened with a glorious account of Siegfried Idyll. Richard Wagner wrote this beautiful and charming chamber work in 1869, to celebrate his wife Cosima’s birthday. Its premiere, on Christmas Day, took place on the stairs of the Wagners’ villa in Tribschen, Switzerland. The Siegfried Idyll incorporates themes from Siegfried, which the composer was then completing, including music from the Forest Bird scene, and, very prominently, the long Siegfried-Brünnhilde duet that closes the opera. MTT led a supple performance, with lovely solo contributions from flutist Robin McKee, clarinetist Carey Bell, and, particularly, principal French horn Robert Ward. MTT has a fine feel for the ebb and flow of the Wagnerian line; one can wish that for this season he’d chosen to perform Tristan und Isolde instead of repeating The Flying Dutchman.

The concert closed with a marvelous performance of Alban Berg’s Three Pieces for Orchestra, Op. 6, a work that SFS and MTT have played a number of times before. The Three Pieces are packed with ideas and use a huge orchestra, yet they’re so cannily orchestrated that every detail emerges with great clarity. MTT’s conducting was vigorous and poised, leading a performance so rich and coherent as to give the work the beauty of a Brahms symphony. Concertmaster Alexander Barantschik and principal violist Jonathan Vinocour provided graceful solo work in the second and third pieces.