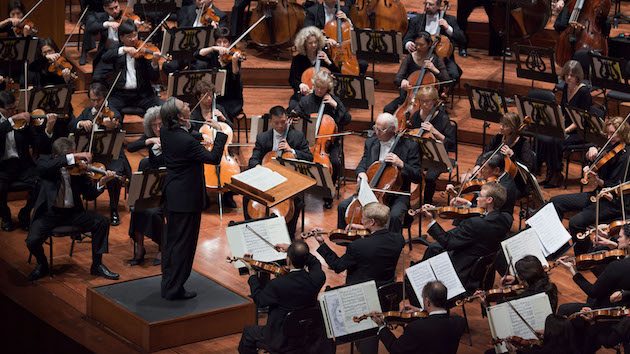 In preparation for their upcoming East coast tour, Michael Tilson Thomas and the San Francisco Symphony are giving preview performances of the repertoire they are presenting in New York, New Jersey, and Washington D.C. later this month.

This resulted in subscription concerts last weekend featuring lesser-known works by Aaron Copland, in a somewhat odd juxtaposition with Schumann’s Symphony No. 2 in C major. The latter was being recorded for future release on the Symphony’s own record label, SFS Media. The same repertoire will be performed on April 13 in Carnegie Hall in New York and in the New Jersey Performing Arts Center in Newark on April 15. Concerts on April 14 (Carnegie Hall) and April16 (Kennedy Center, Washington D.C.) will feature Mahler’s Das Lied von der Erde, and Schubert’s Symphony No. 8 in B minor, Unfinished.

Compared to some of his most popular and familiar works, such as Appalachian Spring, Billy the Kid, Rodeo, and the Third Symphony, the three pieces from last Saturday’s concert represent the more academic side of Copland as a composer. The Piano Concerto from 1926 is one of the few compositions in which he incorporates the idea of jazz. The Orchestral Variations (1957) are a setting for symphony orchestra of his Piano Variations from 1930, and Inscape is one of only two Copland forays into twelve-tone music.

Nevertheless, every piece sounded distinctly Coplandesque and was recognizable as part of the composer’s musical vernacular — certainly for an audience that has been familiarized with Copland’s work as much as the SF Symphony’s. MTT worked closely with the composer, whose work he has long championed. SFS and MTT recorded the Orchestral Variations and the Piano Concerto in 1996. 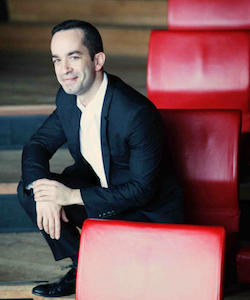 Making his subscription debut with the SFS, pianist Inon Barnatan convinced with his interpretation of the concerto, decided not to overdo the jazzy bits, kept his emotional distance and let the grandeur of Copland’s musical ideas speak for themselves.

The orchestral part of the Piano Concerto showed the SFS’s extended winds and percussion in fine form, and with plenty of work at hand. The piece itself is spectacular, colorful, and interesting to hear, and the same can be said for the Orchestral Variations and Inscape. But unlike some of Copland’s other works, this is not the kind of music that leaves you all warm and fuzzy.

This semidetachment also seemed to permeate Schumann’s second symphony. In spite of its sunny and optimistic opening movement, light and propulsive Scherzo, a lovely Adagio, and a firm and majestic finale, Copland’s academic cloud kept hanging over the piece and its performance left me strangely unaffected.