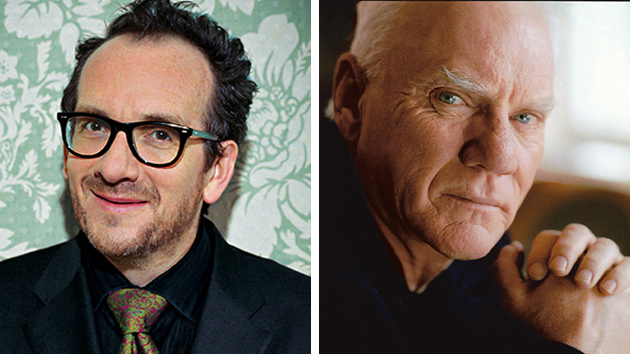 Thursday's birthday party for Michael Tilson Thomas continued into the weekend's concerts as he led a lithe performance of Stravinsky's L'histoire du Soldat (The Soldier's Tale). Berkeley’s John Adams, another longtime SFS collaborator, dropped by to conduct his own Grand Pianola Music, lending the evening even more of a festive air.

As Adams explained to the audience before the concert began, his idea for Grand Pianola Music began with a dream in which two limousines were driving down a highway while morphing into gigantic pianos.

The pianists this weekend were Orli Shaham and Marc-André Hamelin. They play essentially the same music but are deliberately a little out of sync, thereby imitating a mechanical Pianola. The work also requires woodwinds, brass, and three female singers, which were performed this weekend by a London-based ensemble, Synergy Vocals.

While Grand Pianola Music offers up exaggeratedly lush sound, Stravinsky’s Soldier’s Tale pares down orchestral elements to a skeletal scale. It was written in the last year of World War I, at a time when Stravinsky was both pressed for resources and interested in learning about jazz.

His acerbic work twists seven orchestral instruments — violin, clarinet, bassoon, trumpet, trombone, bass and percussion — into an idiosyncratic, jazz-like combo. And while there are indeed elements of jazz and other popular idioms, Stravinskian signatures like repetitive rhythms and thorny meter changes still prevail.

As the story goes, a soldier (Gabriel) trades his violin for a book from the devil (McDowell). Yet the soldier cannot read, just as the devil cannot play the violin. The devil asks the soldier to teach him how to play, and by the time the soldier returns home, everyone has forgotten him, including his fiancee, who married another man. The soldier manages to win back his violin and also the hand of a princess whom he saves. But ultimately he wishes to have both the princess and his former flame. And so the devil wins. 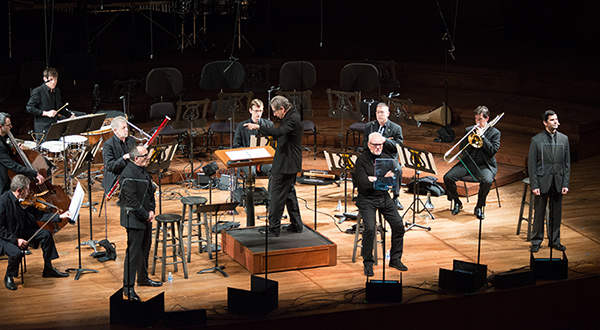 While the music was well-served, the dramatic component was perplexingly star-studded yet static. Elvis Costello was the Narrator, Malcolm MacDowell the Devil, and Nick Gabriel as the Soldier. There were no costumes, and little movement. It was baldly presentational, but not excitingly so. Then, too, some producers stage the silent princess as a dancer, but this weekend’s rendition did not. Instead, Thomas briefly spoke on her behalf while reigning upon a stage populated exclusively by males.

Nonetheless, ultimately the moral of the tale was clear: You can't have everything. John Adams may know this all too well. On Saturday he recounted the premiere of Grand Pianola Music at a contemporary music festival filled with fellow composers and new music enthusiasts, where it was poorly received. It has gone on, like several minimalist classics, to win a large audience, but not yet complete scholarly or specialist acceptance.

But most composers would be happy with Saturday's ovation.