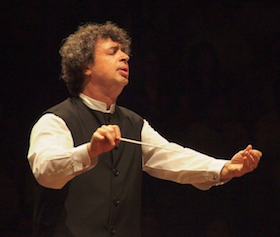 The opening of San Francisco Symphony's second subscription series of the 101st season tonight was a blast from the past, one that spoke to a new audience.

Chances are relatively few listeners in Davies Symphony Hall heard Dmitri Shostakovich's 1957 Symphony No. 11 (The Year 1905) at its San Francisco premiere in 1985 (with Leonard Slatkin), or even the last time SFS performed it, under Michael Tilson Thomas' baton, in 2000.

Now, conducted by Semyon Bychkov, it sounded fresh and gripping, no matter how many times you might have heard it. The excellence of the performance was right up there with the milestone  Rostropovich-London Symphony recording.

This mighty piece, with a huge orchestra, and rafter-shaking passages, is a musical commentary on the first Russian Revolution, a brief but significant uprising in 1905 against the oppressive Czarist regime. The victorious and world-changing Bolshevik Revolution was still more than a decade in the future, but the Soviet regime held the events of 1905 in such high esteem that it inflated the number of victims at the climactic Bloody Sunday massacre from government and neutral sources figures around 100 to 300 death to upward of 5,000. 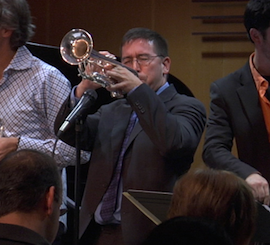 Two external items need to be mentioned and forgotten about Symphony No. 11: It has been called a soundtrack without a film, and it played great significance in the troubled history of the composer under Stalin's regime.

Of the first, it's clear that the music is so picturesque that it will prompt better films in the mind than even Sergei Eisenstein could provide. (Also, our movies are in color, against the ancient black-and-white silents.)

The political setting of the symphony is interesting — Stalin died in 1953, but even four years later, Shostakovich was extremely careful in venturing into still-condemned "Western decadence" — but such considerations should not be allowed to overwhelm the music itself.

If you don't know or don't care about the events depicted in the work, it's still magnificent music by itself. The first movement, Adagio, The Palace Square, evokes the bare, cold, desperate environment of the Russian winter, but as "abstract music," it would equally impress and enchant. 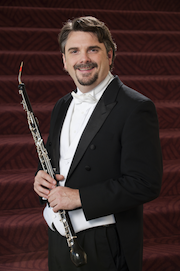 Allegro, The 9th of January, is an old-calendar reference to  Jan. 22, 1905, Bloody Sunday, when crowds stormed the palace. At first, the music is tentative, ambiguous, but moving forward. Then there are those huge outbursts, with principal timpanist David Herbert in the vanguard of a large, overactive percussion session.

The story I've been urging you to disregard now turns into the troops attacking the demonstrators, snare drums, tam-tams, and fugal strings, trombone, tuba combining for an apocalyptic sonic scene.

Bychkov was most impressive holding it all together, balancing what must be very difficult to balance, presiding over one of the most amazing cutoffs from ffff to ppp, causing an audible catching of breath in the audience. (Note to the administration: Please remind the audience after intermission to turn phones off; there were three interruptions, all coming in quiet passages, of course.)

Colleague Jeff Dunn told me about the shock he experienced in the performance a couple of minutes prior to that fabulous cutoff:

The fugue starting at rehearsal mark 71 has a metronome mark of a half note = 108. That tempo remains through the Cossack section, in the score. At mark 83, a vicious orchestral tutti begins with quarter-note triplets. Then there's an 8-bar silence with percussion going full blast, then a return of the triplet tutti (mark 85) which leads into a peoration of the "square" tune FF, before the coup de theatre point you mention.

At mark 85, in the Stokowski recording, despite no indication in the score, he increases the tempo there to about 115. In my Kitajenko recording, the conductor begins an acceleration at 84 in the percussion leading up to about a 130 tempo at 85. Bychkov changed tempo abruptly at 85, from 108 to possibly 140 — almost gave me a heart attack.

I will always remember the second before, when his whole body gave a jerk that telegraphed the upcoming tempo change to the orchestra. I looked up from my second-row center seat and saw a comic-strip iron safe about to come down on me! 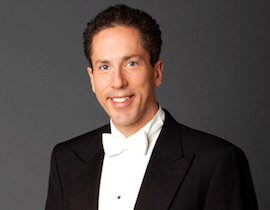 The third movement — Adagio, Eternal Memory — is a contemplation of violence, first with a funeral march, then a repeat of the outburst from the second movement. The fortissimos might have sounded too fierce for some, who could have felt battered sonically, unwilling or even unable to be swept up in the sound, but I had no such problem.

The great finale — Allegro non troppo, Tocsin — doesn't reach its namesake, the alarm bells, until near the end. First, there is a breathtaking succession of marches, clashes, a grand solo by the bass clarinet (Jerome Simas), and then the bells insisting in G Minor while the orchestra stays with G Major — and the conflict (historic, musical) remains unresolved.

In the ovation that followed, there was a small, significant episode that caught my eye: when Bychkov — who generously shared the applause both with individual musicians and the whole orchestra — motioned to Inouye to stand, the principal trumpet turned to the rest of the section and waited until they stood with him. Bravo!

In a curious contrast, an opinion probably not attracting general agreement, the Shostakovich — bigger in every way, twice as long, with an orchestra three times the size — seemed more of a piece than the Schubert. The performance offered a mother lode of beautiful passages, but I heard something fragmented, too much thought going into various sections, Bychkov focusing on sections, overthinking passages, rather than allowing a simple, natural flow of the music.

Still, there is no question about the orchestra's performance. With a minimal string section, the sound was gorgeous, the second repeat of the first movement's famous theme whispering from the heart — almost too much, on the cusp of being too delicate, rather than simple.

With Peter Wyrick in the principal chair, the four cellos sounded both as one instrument and framing, upholding Wyrick's playing; it was a curiously different, memorable sound.

With three more performances of this concert, the suggestion from here is to go for the familiarity of the Schubert, stay for and rejoice in this new experience of the Shostakovich.