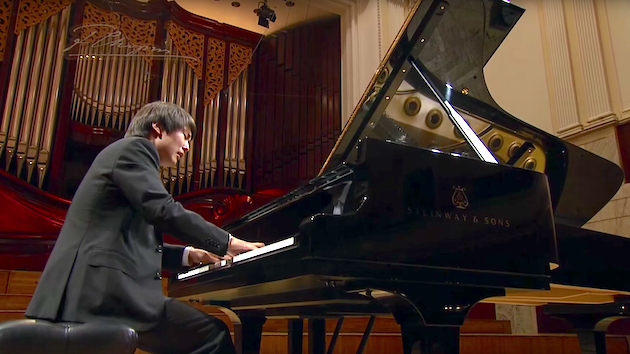 Bay Area Chopin fans finally had to have a chance to hear the winner of the 2015 Chopin Piano Competition, Korean pianist Seong-Jin Cho, on a U.S. tour with the Warsaw National Philharmonic Orchestra under the baton of Jacek Kaspszyk, the orchestra which accompanied Cho at the final stage of the competition.

Anticipation was high at Davies Symphony Hall on Nov. 6, with a large percentage of Korean and Polish speakers in the audience. Several tour buses parked around the block showed that quite a few had traveled some distance to attend. The atmosphere in the lobby was decidedly tense — more like that at a sporting event than for a relaxing evening of music.

The orchestra opened the program with an evocative reading of Mieczysław Weinberg‘s nationalistic Polish Melodies, Op. 47, No. 2. Composed under political pressures from the Kremlin, it is admittedly a somewhat kitschy portrayal of Slavic folk culture. Yet, it is a nod to the orchestra’s national identity — most of its members are Polish — and the national character was proudly presented. 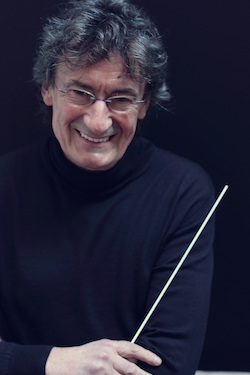 It was but an amuse-bouche, however, for the main draw of the evening: the Piano Concerto No.1 in E-Minor, Op.11 with Seong-Jin Cho as soloist. Kaspszyk led the orchestra into a bold, muscular, yet somewhat hesitant introduction that set the atmosphere for Cho’s powerful, desperate entry that declared his arrival. After the brief introduction, Cho cried out the sorrowful melody that hypnotized the audience with a sense of utmost intimacy. A hopeful second theme in a major key illustrated a grander sense of space, and created a luxuriant, somewhat indulgent soundscape. Even at the microscopic level, Cho balanced notes in arpeggios with the utmost sensitivity to the harmonics and tonal colors. It was as if Cho assigned different colors to every note in the scale.

The most spectacular aspect of the performance was how “in concert” Cho was with the orchestra. It goes without saying that this particular orchestra is thoroughly familiar with the piece, and it anticipated every subtle sway in the tempo, every sigh, and every revelation in the score. There were moments Cho pushed the rhythmic elasticity indulgently, yet Kaspszyk and the orchestra were right there with him. The boisterous pace in the final movement was inebriated with joy, filled with surprises, and executed with exuberance.

But Cho showed himself to be the most sensitive and delicate interpreter in brief moments when the orchestra ceded the stage. The colors and textures delivered in pianissimo are the mark of a sensitive, probing, and daring artist, and Cho never shortchanged. He had the audience under a spell.

Yet, Cho possessed an extremely wide dynamic range and color gamut, as he showed off in his encore, an audacious rendition of the Polonaise “Héroïque” in A-flat Major, Op.53. From the explosive opening E-flat, he took no prisoners, but outbursts of tremendous power still danced gracefully. The work is filled with virtuosic passages, and Cho didn’t disappoint, tossing off deft, rapid-fire left hand in the middle section and soaring scales that reached for the sky. Such a flamboyant display of showmanship was reminiscent of the great Romantics such as Horowitz and Rubinstein. Indeed, there were many signs that Cho may be among the greats, and will earn a place in history with his predecessors. We are fortunate that we will have another chance to hear him again, in a solo recital, on Feb. 28, 2017. 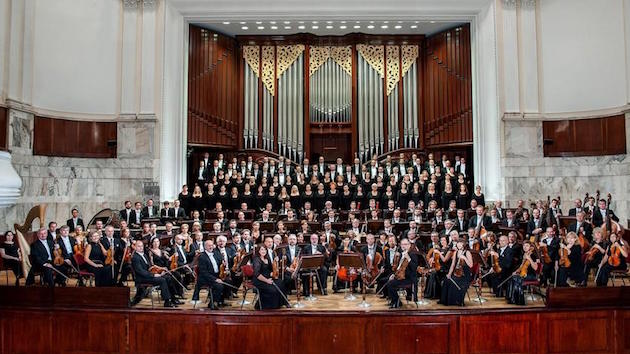 The orchestra took one more opportunity to show off in a dramatic and highly nuanced reading of the Brahms Symphony No.1. Kaspszyk was uncanny in leading the orchestra to build tension, both harmonically and rhythmically, then letting it go. The orchestra, again thoroughly familiar with the score, invested heavily in every detail: from accents to sforzandos, as if their lives depended on every note they played. It was mesmerizing to witness the cohesion in the string section, as if they have measured and planned the movement of their bow to a fraction of an inch, resulting in a single voice that spoke boldly with conviction. Such an effect may be a result of more consistent training that the Polish musicians received, in contrast to orchestras where members are drawn from around the world. The timpani ostinato heard at the opening and then throughout the work was particularly notable in its clarity, and it resonated throughout the hall then shook us to the bone.

The orchestra gave an enthusiastic and rambunctious rendition of the Candide Overture by Leonard Bernstein as an encore. Even in the rapid string passages where lesser orchestra turn into a mush, the orchestra maintained a level of clarity rarely heard. It was a fitting way for the orchestra to express its thanks to the American audience.