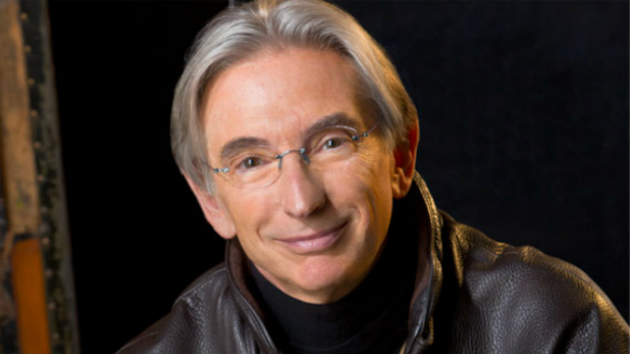 “Mahler” and “Bernstein” can be a winning combination when it comes to expanding your record collection; there are plenty of excellent recordings with Leonard Bernstein conducting a world-class orchestra in one of Mahler’s magnificent symphonic works.

Less fortunate was last weekend’s pairing of Mahler and Bernstein, both in their role as composers, by Michael Tilson Thomas and the San Francisco Symphony. It was a concert where Bernstein’s idiosyncratically wrought Second Symphony, The Age of Anxiety drew all the attention and completely overshadowed a lovely rendering of Mahler’s Fourth Symphony, with the splendid soprano Susanna Phillips singing the solo.

This after-intermission slice of heaven was a welcome gift. MTT took his musicians and the audience on a wonderfully detailed tour of the elegant musical expanse of Mahler’s Fourth Symphony, and it sounded as fresh and colorful as a meadow full of wildflowers in spring.

Tenderly prompted by MTT, the symphony unfolded gracefully and organically along the subtle mood changes of its first movement and the following scherzo and settled into the warmth and quasi-pathos of the leisurely paced slow movement, marked Ruhevoll, poco adagio (“Peacefully, somewhat slowly”).

It was a soothing and very necessary complement to Bernstein’s unsettling symphonic undertaking that was heard before intermission, with Jean-Yves Thibaudet at the piano.

As a composition, The Age of Anxiety bothers me. It wants to be a symphony, but instead it is a curious amalgam of a piano concerto and a symphonic poem with piano obbligato — a part that Thibaudet played very well (from the score); although he never ventured outside his “classical” boundaries to give the jazzier passages a bit more pizzazz.

Bernstein’s Age of Anxiety is based on W.H. Auden’s book-length poem of the same name. The composition reflects the structure of the book, and the composer also adopts the poet’s narrative about four lonely strangers — three men and one woman — who meet at a New York bar and contemplate life, each from their personal point of view.

Musically, this leads to a prologue and two sets of seven piano variations. These variations are not based on the same theme but develop organically; every next one is based on a snippet from the previous variation. A brilliant idea.

Part two of The Age of Anxiety consists of three musical segments: “The Dirge,” full of pompous, brassy chords; “The Masque,” with a jazzy solo piano; and “The Epilogue,” which culminates in a long succession of musical exclamation marks. All this covers the part of Auden’s poem in which the four strangers leave the bar to continue their increasingly pointless party at the female character’s apartment, meanwhile mourning the loss of a mythical father figure.

Bernstein’s composition makes much more sense with Auden’s story-line completely stripped away. Without the literary subtext, the piece becomes a fitting reflection of Bernstein’s public persona: intensely musical, thoroughly American, influenced by everything, and willing to embrace it all — but also brash, ostentatious, and with a chronic tendency to overdo things.

Art is supposed to generate emotion, and in that sense it is a good thing that Bernstein’s Age of Anxiety bothers me. I am looking forward to being bothered again and to hear MTT conduct the piece at some point in the future, perhaps during a retrospective to celebrate Bernstein’s 100th birthday in 2018.

But please leave Mahler out of it.