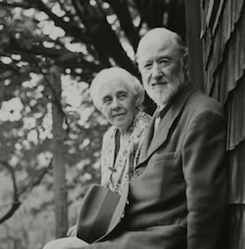 Programming and performance excellence make the San Francisco Symphony's current subscription concert thoroughly delightful. It's one of those rare musical events where every work is of interest, with a varied blend of styles that somehow cohere into a whole.

While they are not part of the Symphony's fascinating Film Series, these concerts might have been just that, but without the visual component. There was no screening of 2001: A Space Odyssey, but the three best known portions of the film score made up the evening's second half.

Johann Strauss Jr. (By the Beautiful Blue Danube Waltz), György Ligeti (Lux aeterna), and Richard Strauss (Also sprach Zarathustra) got so much more from SFS than Stanley Kubrick ever allowed them (constrained by the role of a film score, understandably).

First, it was a matter of quantity, except for the Blue Danube: Instead of the film's few passages by Ligeti (the Kyrie section of his Requiem), Chorus Director Ragnar Bohlin conducted the extraordinary nine-minute Lux aeterna in its entirety.

Instead of repetitions of the brief blazing fanfare heard in the tone poem only once, but used repeatedly in 2001 as the sun peers over Earth (and then marks transformations, first from ape to man, then from man to Star-Child), the SFS played all 35 minutes of Strauss’ gorgeous music inspired by Nietsche's work about Persian prophet Zarathustra attempting to become Übermensch. All sections were at their spectacular best, first violins singing magnificently, MTT leading a performance that was in turn elegant, lyrical, and overwhelming. Solos by concertmaster Alexander Barantschik and principal trumpet Mark Inouye were sensational. 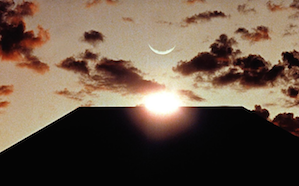 During the a capella Ligeti from 1966, I kept thinking how difficult it must be to give a marvelous performance of a work that doesn't use conventional notes, only what Bohlin calls extremely dense tonal clusters.

His description is exactly right: "an unusually rewarding piece to perform; the magically hypnotic sounds, with the interlocking of micro-polyphony that seems to dissolve time itself."

In the first half of the concert, with its seemingly unrelated Americana, Lucas Foss' rarely heard 1978 "... then the rocks on the mountain began to shout” – Charles Ives (yes, that's what it's called) revealed a striking kinship with Ligeti's work.

MTT, who was at his inimitable best Friday evening, conveying knowledge and passion, both in words and in performance, called it a "haunting and beautiful piece ... which goes from evocative to ecstatic."

A five-note chord dominates the composition. It is endlessly repeated, varied, permutated, transposed and inverted. It invades the entire piece via persistent, pulsating, echoing and crisscrossing quarter notes. Toward the end there is an explosion which liberates us from the domination of the five-note chord.

All this can be explained and analyzed. But I cannot explain why this chord which dominates through repetition, variation, permutation, transposition and inversion of persistent, pulsating, echoing and crisscrossing lingers like a wound until "the rocks begin to shout."

Nor do I know what it is that rocks shout — perhaps Charles Ives does. Perhaps rocks cry "help" because we do not see we are in danger; or perhaps they merely shout a reminder of what every work of art tries to tell us—that we must change our lives. 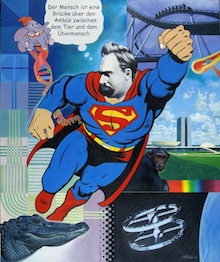 I am not sure what the rationale was for the inclusion in the program of Charles Ives' 1914 Three Places in New England, but it also fit in, and it was a joy to hear. In MTT's introduction to the work by "the most essential American composer," he came up with a description of Ives' music that really stuck in the mind, calling the prominent themes "pscho-acoustic photographs."

The three places — St. Gaudens in Boston Common, Putnam's Camp at Redding, Conn., and the Housatonic at Stockbridge, Mass. — vary widely, the two outside movement surround the riotous Fourth of July celebration at Putnam's Camp with some of Ives' most lyrical and beautiful music.

A concert imaginatively planned and flawlessly executed: a high point of the season.