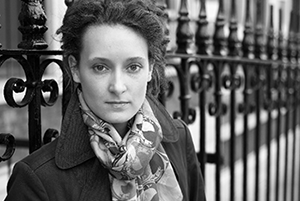 The San Francisco Symphony's subscription series opening the 2013-2014 season is well balanced: something new and interesting, something old and well-worn, something rare and tremulous. They are, in order: Zosha di Castri's Lineage, Tchaikovsky's Piano Concerto No. 1, and Prokofiev's Symphony No. 3.

Di Castri — whose life and work are explored in SFCV this week — is a young master of orchestration. Encouraged in her career by John Adams and MTT, she created here a complex, bright piece that probably signifies something more than sound and (temperate) fury.

Its 10 minutes pass pleasantly, while waiting for something being said or felt, but for this listener, no substance was evident. Meanwhile, the sound was remarkable, giving the orchestra's percussion session an extensive workout, well performed. 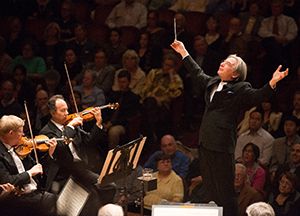 - The ocean drum is "a percussion instrument that can produce soothing sounds which sound just like the ocean."
- Nipple gongs "have a central raised boss or nipple, often made of a different metal to the rest of the gong," varieties of it are used in Chinese temples and gamelan ensembles.
- Almglocken are tuned cowbells.
- A rainstick is "a long, hollow tube partially filled with small pebbles or beans that has small pins or thorns arranged helically (in the shape of a coil) on its inside surface."

The world premiere of the work was given by MTT and his New World Symphony in Miami. The title, according to the composer, is an exploration of the idea "of what is passed down," such as grandparents telling stories about "the old country" or of life in the village or on the farm.

It is a great challenge to sustain interest in the Tchaikovsky Piano Concerto No. 1 after its all-pervasive presence both within and without concert halls. When asked if she knows the work, a newcomer to Davies Symphony Hall told me: "I've heard the beginning," meaning probably in a commercial.

It is to the genuine credit of Yefim Bronfman that his muscular, full-steam-ahead, damn the torpedoes playing did make listening to the overperformed warhorse interesting and enjoyable.

Especially significant was the fact that Bronfman's unstinting, enthusiastic performance drifted into battering the piano only momentarily in the very loud opening and closing Allegros, while MTT — in apparent good spirits — mostly restrained the orchestra from excessive decibels, even against the brass' obvious willingness to go to town on the fortissimo passages.

Bronfman's accuracy and musicality came through in the second-movement Andantino without the unwelcome pathos that often characterizes performances. If it has to be "the" Thaikovsky concerto (rather than the second or, especially, the incomplete third, much preferred by both George Balanchine and myself), make mine with Bronfman. 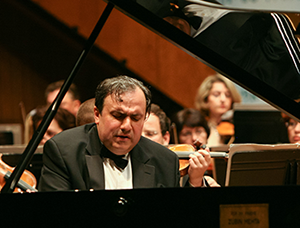 And then, the Prokofiev, a strange and not entirely satisfactory case of self-plagiarism. Both the Third and Fourth symphonies use a great deal of his opera The Fiery Angel, not just as a matter of inspiration or orchestration, but as wholesale lifting of music. Somewhat of an excuse, when the symphony had its premiere in 1929, the opera's first performance was still two years in the future, so for listeners in the Paris concert hall it was all new.

Prokofiev himself explain it all away by saying: "The leading themes of The Fiery Angel were composed as symphony music long before I began work on the opera, and when I subsequently used them for the Third Symphony, they merely returned to their native element without, as far as I am concerned, being the least tainted by their temporary operatic sojourn."

Still, going beyond the fact of multi-use, there is the question of the work itself — regarded by the composer as one of his best, and obviously an MTT favorite. The opera, from which the Spell Music appears in its entirety in the symphony, is no greasy kid stuff. In the description of Thomas May's program notes:

Music depicting the ravings of demonic possession, eroticized spiritualism (or spiritualized eroticism), medieval witchcraft and sorcery, and a convent of nuns whipped into mass hysteria — no, it’s not the score to a Stephen King film but a work that has a decent claim to being Sergei Prokofiev’s operatic masterpiece: The Fiery Angel ("Ognenniy angel" in Russian).

But, while the opera — performed in San Francisco in 1994 — is gripping and involving (and bizarre), the symphony is rather undefined and nervous-tremulous, without the context of the drama. Beyond that, the orchestral work has nothing of the way-over-the-top excess of the opera's concluding scene of mass exorcism. Rather, it's controlled hysteria, jerky rhythms, violent chords, and pre-Philip Glass ostinato — but somehow all muted.

Still, Prokofiev's mastery as a symphonist, and the committed, even passionate, performance under MTT's baton makes this a worthwhile experience.