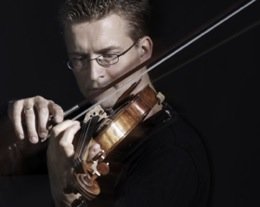 The 2012 portion of the San Francisco Symphony's centennial season opened with a marketing-trophy invitation: "MTT conducts Tchaikovsky's First Symphony." Quick, Mabel! Grab the kids and let's hurry to Davies Symphony Hall — Winter Daydreams by the composer of The Nutcracker. What could be more pleasant?! (Lest you suspect mocking here, be assured that this is one of my favorite works from dear old Piotr Ilyich.)

But as far as marketing is concerned, be aware of the small print. Also on the program: György Sándor Ligeti's Violin Concerto, one of the most challenging — and superb — contemporary works. A San Francisco premiere, no less. With the great Christian Tetzlaff.

Still, we are talking about a half hour of music with instructions from the composer such as:

To reduce deviations in intonations, both scordatura soloists play non-vibrato throughout, and are careful not to adjust stopped notes to the rest of the orchestra ...

By combining "out of tune" notes and harmonics with those of the normally tuned strings, I can build a number of harmonic and non-harmonic effects ... The scordatura of the solo violin and solo viola is achieved with help from the solo double bass player, separately from the rest of the orchestra.

And a chorus of ocarinas. And Michael Tilson Thomas virtually stammering about "wild wildness" (?) in this "glimpse into the past and future of music ... phenomenally difficult," and so on. Sure doesn't sound like a pleasant outing to the symphony. But to the punchline: The work is utterly wonderful, it received a sensational performance, and I have never been more proud of the San Francisco audience, which gave the Ligeti (but not Tchaikovsky) a long, loud, and heartfelt standing ovation. We truly are not in Kansas anymore.

Ligeti (1923-2006) was both one of the most boldly experimenting contemporary composers and a Stanley Kubrick favorite, with his scores used (with or without permission) in 2001: A Space Odyssey, The Shining, and Eyes Wide Shut. Both aspects are clearly present in the 1992 Violin Concerto: it has "wild wildness," as well as heartbreakingly beautiful passages.

The performance — a premiere and the year's first concert to make things more difficult — was gripping, totally out there, and thoroughly satisfying. The unusual orchestration featured, in addition to concertmaster Mark Volkert, principal violinist Alexander Barantschik and principal violist Jonathan Vinocour in a prominent position, with special roles in backing up Tetzlaff.

Every member of the orchestra — along with the soloist, of course — plays nonstop in difficult, exposed roles. Near the magically atmospheric opening, for example, the solo violin and percussionist Jack Van Geem on xylophone blend their instruments to produce a sound difficult to describe, impossible to forget.

The ebb and flow of the music is compelling, transitions from the dissonant to the melodic all "makes sense" even if unique and idiosyncratic. If this be challenging contemporary music, play on. 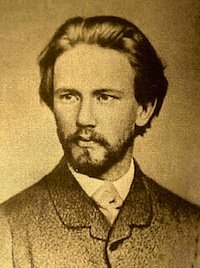 So, on to Winter Daydreams. Although (or, rather, because) it's a rarely played Tchaikovsky, it's surely among his best. The opening Allegro and the Scherzo come from a young composer with Donizetti and Mozart smiling down on him from a cloudless heaven.

The music is — or should be — skipping weightlessly, like a summer breeze among birch trees or lovers ice skating, depending on the season. The second and fourth movements are more sentimental and more of the Tchaikovsky favored by marketing departments, but those other two movements fly — or should — on gossamer wings.

Now, MTT is clearly very fond of the music. To conduct a non-standard repertory symphony without score shows dedication. But, even if of Russian extraction and an outstanding conductor (you should hear his Ligeti!), when it comes to Tchaikovsky, MTT is no Yuri Temirkanov (perhaps nobody is). At least, he wasn't Friday night. Chances are the focus on the Ligeti affected what came after that. Perhaps now, with the knowledge of that success, the Tchaikovsky will get better.

In the event, gravity weighed down those would-be/should-be diaphanous movements, and even the "very Tchaikovsky" movements were a tad slow. The big finale came through, and big. The all-Hungarian first half of the concert began with Liszt's Prometheus, a 12-minute mix of pathos and bathos, MTT producing astonishing cutoffs. The crystal-clear pauses might have prompted a wag to suggest that they were the most enjoyable portions of the piece, but far be it from me to say that.