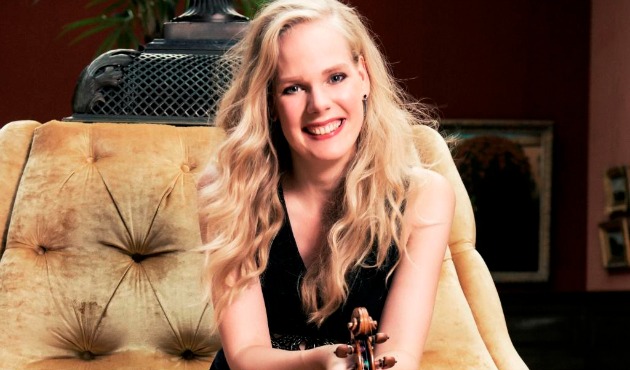 Honoring the Women’s March, the lights of San Francisco’s City Hall bathed the foyer of Davies Symphony Hall in a pink glow last Saturday evening, while inside the auditorium, Dutch violinist Simone Lamsma and American conductor James Gaffigan provided comfort for the dark and stormy conditions outside.

Gaffigan steered the San Francisco Symphony through an eclectic program with a wide range of styles, moods and sentiments, and the chemistry between him and Lamsma was strong in Sergey Prokofiev’s Violin Concerto No. 2.

Judging from their magnificent onstage chemistry, and underscored by enthusiastic coverage on social media, Lamsma and Gaffigan must be musical soulmates. They have performed together on concert stages around the world, most notably at the Concertgebouw in Amsterdam with the Netherlands Radio Philharmonic, where Gaffigan is principal guest conductor.

This was the first time they shared the stage together in San Francisco: Gaffigan was Michael Tilson Thomas’ associate conductor from 2006 to 2009; Lamsma debuted with the Symphony in 2014. 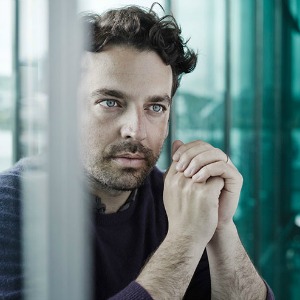 The Prokofiev performance that resulted from their synergy was extraordinarily lively, and both edgy and lyrical, with Lamsma’s impeccable technique and rich timbre effortlessly translating Prokofiev’s plethora of musical ideas, from the intimacy and sudden manic episodes of the opening Allegro Moderato, through an exceptionally beautiful central Andante assai, to the spectacular ending of the grotesque waltz that is the Allegro finale.

The concerto was part of a varied but slightly oddball program of audience pleasers, which also included works by Modest Mussorgsky (St. John’s Night on Bald Mountain), Mozart (Symphony No. 36), and Richard Strauss (“Dance of the Seven Veils,” from Salome).

Night on Bald Mountain is generally known in the version created by Nikolay Rimsky-Korsakov in 1886, five years after Mussorgsky’s death, as part of an attempt to manage the composer’s chaotic estate and preserve some kind of legacy.

The music had gone through several incarnations by Mussorgsky’s own hand, but instead of going back to the oldest manuscript from 1867, Rimsky created his own new version from bits and pieces of one of the later, reworked versions of the tone poem. Mussorgsky’s original score was not published until 1968 and is still rarely heard.

Mussorgsky’s original is raw, dark, and unpolished, more so than Rimsky-Korsakov’s re-composition, which replaced much of the gritty orchestration and tonal density with lighter textures and sounds, although the pieces obviously share the same DNA.

As always, the San Francisco Symphony adjusted skillfully to the requirements of the score and to Gaffigan’s energetic direction, and it took some adjustment to realize that it was the same ensemble that delivered such a sophisticated and graceful reading of Mozart’s Symphony No. 36, “Linz,” after intermission.

The concert concluded with a concert favorite of, again, a very different nature: Strauss’ “Dance of the Seven Veils.” Colorful, exotic, grandiose, and very cinematic, the music propelled forward in one grand gesture after another, but left enough room for a shining flute solo.