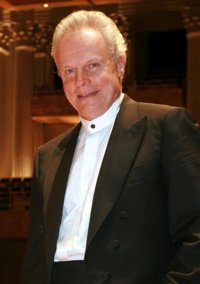 Music truly is the international language. Case in point at the San Francisco Symphony: A French conductor leads an American orchestra in an all-Russian program — and it all sounds amazingly authentic, and mostly excellent.

Yan Pascal Tortelier is conducting this week's subscription concerts of music by Modest Petrovich Mussorgsky, Aram Ilyich Khachaturian, and Sergei Sergeievich Prokofiev. The high point of the concert was the orchestra's premiere of Khachaturian's 1940 Violin Concerto, a worldwide favorite that took its sweet time to get here (although visiting orchestras have performed it in Davies Symphony Hall).

With music ranging from crudely noisy to sentimentally swooning, the concerto has the savagely rhythmic appeal of Carmina Burana. Tortelier kept it all under control and yet he allowed the orchestra sufficient free reign to shine. In one prominent passage, the cello section produced a gloriously burnished sound. First violins played beyond close ensemble &#151; their precision and bowing synchronicity brought to mind the Radio City Music Hall Rockettes, doing everything but splits.

The soloist, Ukranian Vadim Gluzman, was spectacular in a hard-edged, overwhelming way. His is a big sound, up front, especially powerful in the opening Allegro's tsunami of sound, and the closing Allegro vivace's breakneck speed.

Gluzman's cadenza was most impressive, even against the standard set by many prominent Soviet-era artists, such as David Oistrakh, who gave the world premiere in Moscow.

The most delicate and soulful music came at the beginning, with "Dawn over the River Moscow," the prelude to Mussorgsky's Khovanshchina, premiered posthumously in 1886 when Nicolai Rimsky-Korsakov completed and orchestrated it. 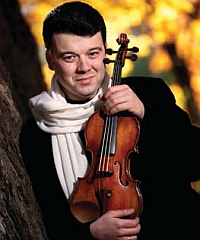 Tortelier led the work in a stately, contemplative manner, keeping it just short of brooding. There was an unusual depth to the sound, as if enhanced by stereophonic speakers. San Francisco Opera has presented this great work only twice (in 1984 and 1990), and it would be good to have it again.

The same cannot be said for Prokofiev's Romeo and Juliet, Op. 64, the 1936 suite. Given that it's one of the greatest ballet suites in existence, and certainly among the most popular, there is absolutely no need to perform it again soon. Heard across Grove Street, at San Francisco Ballet performances, on several SFS subscription concerts, as well as by visiting orchestras, and what with SFS taking it on tour, and so on, it is not a work to present so frequently.

This is a Prokofiev-saturated time here anyway, with the Violin Concerto No. 2, Symphonies No. 4 and 5, Piano Concerto No. 3, Piano Sonata No. 7, Five Melodies for Violin and Piano, Peter and the Wolf, and more behind and in front of us. If it has to be a Prokofiev ballet, why not offer his superb Cinderella or The Prodigal Son, rarer-than-hen's teeth On the Dnieper or Chout (much admired by Stravinsky and Ravel), instead of the umpteenth "R&J"?

Aside from that venting, this is how it went Thursday afternoon, one of the new season's unusual 12 matinee premieres. The orchestra played just as well as it did during the rest of the concert, but Tortelier's interpretation was problematic.

"The Montagues and the Capulets" opening scene was properly ominous, but loud — very loud — instead of being majestic. The ballroom scene sounded like a triumphal march, instead of intimating the danger lurking underneath. The pivotal "Balcony Scene" was straightforward to a fault, the climactic point coming across as circus music, lacking the great lyrical sweep it should provide. No love here on gossamer wings.

At his worst, Tortelier repeatedly asked for grotesquely sharp fortissimos, eliciting laughter from the audience. Again, it was all played well, but much was not right. It made me wish for Chout. At least, that would be something new.