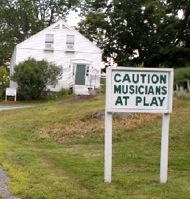 How could there be some empty seats when the Musicians from Marlboro were here? Listeners may not know the names of most of these performers. But, don’t worry, they’ll be famous soon enough. Marlboro tours are a chance to catch them when they’re mostly still young and little-known. The San Jose Chamber Music Society brought them to Le Petit Trianon in downtown San Jose on Wednesday, for an immensely vivid evening.

Marlboro is, of course, the renowned annual music retreat in Vermont, less a summer performing festival than a chance for talented musicians really to work on chamber music. When, or even whether, a group gets around to giving a public concert at the end of the retreat is almost beside the point. Learning a masterpiece to its inmost depths is the point.

For listeners who can’t hang around a small village in Vermont waiting for the concerts to be announced, between fall and spring each year Marlboro sends some o 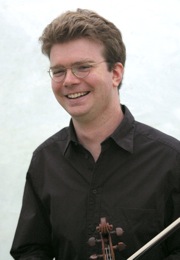 f its past stars on national tours. The core of Sunday’s concert was a reunion of the string players who spent the five weeks of the 2006 Marlboro season working on Mozart’s Quintet in E-flat, K. 614. To this core they added three of their friends from Marlboro, making enough of a group to play Mendelssohn’s Octet (also in E-flat, Op. 20). And then those three, plus one of the original group, performed Janáček’s String Quartet No. 1 to round out the program.

One of the performers is a familiar name locally: Scott St. John of the St. Lawrence Quartet. He played second viola in the Mozart and first violin in the Mendelssohn. Though that first violin is a great display part, St. John is anything except a flashy violinist. Quiet contemplation is his natural style. He made the first movement smooth, almost caressing. The Andante was a great wash of sound, harmonic rather than melodic in its appeal; the scherzo — and even the rougher (by the composer’s intent) finale — was light and airy. More fiery sounds than St. John’s came from inside the ensemble, particularly from the combination of Jessica Lee as fourth violin and Mark Holloway as first viola. The players made a rich sound together, yet were all strikingly individual, as they got to show in the solo entrances at the beginning of the finale. 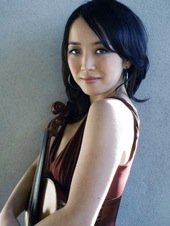 That individuality was brilliantly shown in the Mozart. Lee’s first violin was light, chipper, and birdlike, while Yonah Zur’s second violin was almost a complete opposite, extraordinarily plaintive and lowering. Maiya Papach and St. John in the prominent paired viola parts were like bouncing wooden blocks, rough and lively. Susan Babini as the sole cellist was solid and smooth, ready to join in with any of the varied styles of her colleagues.

That the violas are prominent in this work is not accidental. Mozart loved the middle parts of a harmonic layout, and played the viola himself in chamber music sessions. Naturally, then, when he wrote quintets he added a second viola to the standard string quartet, rather than a second cello as other composers have preferred. In this quintet, his last chamber music work, he’s fully absorbed everything he had learned about the tougher forms of chamber music. At least in this performance, this wasn’t the sweet, exquisitely melodic Mozart of such works as the Clarinet Quintet. Except for the distinct Mozartean way of falling into cadences, it was more like Haydn, Mozart’s beau ideal for string chamber music: oriented towards hardy motives rather than lyric themes, full of good humor, and questing for a resolution through odd byways. 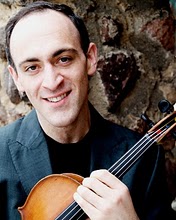 If the Mendelssohn was excellent and the Mozart superb, the Janáček was revelatory. This work was inspired by Tolstoy’s story “The Kreutzer Sonata,” his searing tale of music, passion, and jealousy. Janáček wrote the quartet as a dramatic entity, and this performance emphasized that for maximum contrast. First violinist Miho Saegusa (a notably strong player) and cellist Na-Young Baek would be playing an elegant duo, when the other two — Lee and Holloway again — would cut them out with vicious tremolo interruptions, played nasally on the bridges of their instruments. Razor sharp timing was evident in every aspect of this performance, from unisons to pairings to hand-offs. Those interruptions, for instance, are actually offset, with the viola starting and stopping a mere sixteenth-note ahead of the second violin. I had never heard that so clearly articulated before. The sonorities, too, were impressive, rich and airy. This was a real character story in music, packed into the firm abstract structure of a string quartet work.

After the Mendelssohn at the end of the concert, the violin pairs each exchanged chairs for an encore, and Zur led the ensemble in a lively reading of the scherzo movement from the Octet by Joachim Raff, a half-forgotten contemporary of Brahms who’s at his best in scherzos.