What music do you expect to hear at a Halloween concert? The Santa Cruz Chamber Players lack the forces necessary for such warhorses as Danse Macabre or Night on Bald Mountain, so in their Saturday evening Halloween concert at Christ Lutheran, a small, cheerful, wood-and-stucco church perched on a hill outside Aptos, they were forced to be creative. It made for a festive holiday occasion: There were plastic spiders on the ticket table, pumpkin pies were offered for intermission refreshment, and the performers took their
final bows wearing vampire fangs. 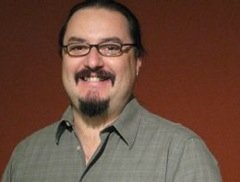 The chief agent of creativity was the artistic director for this concert, Chris Pratorius, a local composer and pianist in Santa Cruz. He contributed two works of his own to the program, both of them multisectional song settings. Diary of a Black Widow sets poetry by Lauren Eggert-Crowe imagining the thoughts and dreams of Pratorius’ pet spider, which he caught in his kitchen one day and named for Béla Bartók until he realized his mistake and rechristened it Isabella Bartók. The work received its first performance at this concert, sung by strong-voiced mezzo-soprano Layna Chianakas with a weaving accompaniment from violinist Roy Malan and violist Polly Malan. It’s music that jumps wittily from modernist glissandos in pungent, occasionally creepy harmonies to a pastiche of a Renaissance lute song without stopping for breath.

Pratorius’ earlier work La noche en la isla, to an English translation of a poem by Pablo Neruda, is more conventionally written and quite attractive. Soprano Carolyne Anne Jordan has a strikingly appealing low voice with an almost chalky sound that carried nicely in the room. The composer played an accompaniment on the piano featuring gentle tonal ostinato figures, and Polly Malan added viola phrases between Jordan’s vocal ones.

The rest of the concert featured chamber works that were somehow or other, however distantly, deemed appropriate for Halloween. Ravel’s Pavane pour une Infante défunte, for instance, is a work of the utmost lyricism whose only possible holiday relevance is that the infante (Spanish princess) whom it was theoretically written for is described as deceased. Yet we could hardly object to hearing it, especially in Pratorius’ clean arrangement for piano trio. Roy Malan on violin and Ian Scarfe on piano traded off the melody and inner harmonies, most affectingly in the middle section, while cellist Aria DiSalvio quietly covered the bass line.

Glazunov’s Elegy for viola and piano, Op. 44, is likewise a slow, lyrical piece with only the title’s suggestion of the grave to mark it for Halloween. Although Polly Malan’s intonation was not quite up to the work’s requirements, she and Pratorius gave it a gently rolling phrasing that nicely displayed its beauties.

Karol Szymanowski’s Tarantella for violin and piano, on the other hand, is hot stuff. It’s a violently active display piece for the solo violin that requires vigorous sawing, several quick sequences of left-hand pizzicato, and so on. Roy Malan did not have its technical wizardry under his control — this was, at best, a medium-hot performance — yet his determination throughout the piece won the audience’s affection. Scarfe provided a sturdy accompaniment. And I was immensely pleased that the performers made a last-minute decision to precede it with the memorably eerie Nocturne that, with the Tarantella, forms Szymanowski’s Opus 28. This was a pair of pieces well worth airing for Halloween.

To complete the program, we had a mixed set of truly creepy death works: Schubert’s Death and the Maiden, with the original song — sung in German with tremendous vehemence by Chianakas with Pratorius accompanying — immediately followed by the slow movement from the string quartet of the same title, variations based on the song (or, more precisely, on its piano accompaniment). The quartet consisted of Roy Malan and Sophia Kreide on violins, Polly Malan on viola, and Aria DiSalvio on cello. This was an ensemble that had a tough time blending its tone. The players proceeded with caution and were stealthy rather than energetic, even when the music needed more bite. As in the Szymanowski, though, they were dedicated and determined in a great composition.

The two singers were outstanding, the most accomplished performers at this concert. What made the evening worthwhile, however, was that all the players were enjoyable to hear. Even more credit goes to the imagination that went into collecting this assortment of works and casting them under the Halloween spell.