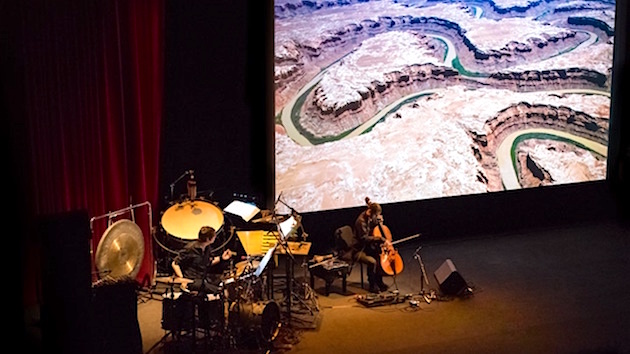 Where to look? Thrilling images of the Colorado River played on a large screen at the front of Bing Concert Hall, accompanied by a loudly narrating, prerecorded voice. On the stage in front of the screen groups of performers worked their craft in soft pools of stage lighting: the vocal ensemble Roomful of Teeth, percussionist and composer Glenn Kotche with his myriad instruments, and cellist Jeffrey Zeigler. At times, all these disparate sonic and visual elements came together in a pleasantly overwhelming way. But for most of the 90-minute performance, I sat distracted, my attention flitting between live activity on the stage and the story-telling on screen. 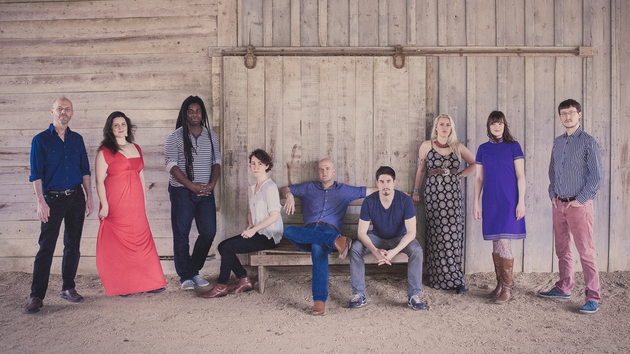 The Colorado, a multimedia experience directed by documentary filmmaker Murat Eyuboglu combines a narrated history of the Colorado River with live musical performances of works by five composers. It unfolds in nine sections, each beginning with a documentary-like, on-screen story, occasionally accompanied by the instrumentalists. In nearly all nine sections the visuals continue while the narration transitions into a musical composition, usually featuring Roomful of Teeth. 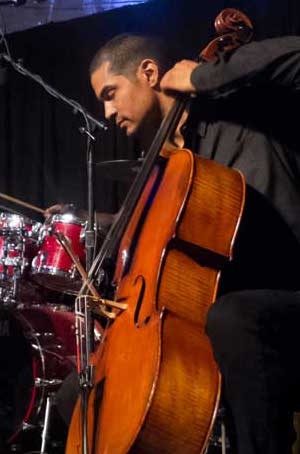 This alternation between more traditional, documentary-style storytelling and more artistic, music composition-focused sections made for one of the most powerful moments of the evening. The narrator, Mark Rylance, tells the story of an engineering failure that led to the creation of the Salton Sea from water diverted out of the Colorado River. The newly created sea attracted real-estate prospectors who developed the area, but pollution, the water’s salinity, and the smell from large fish die-offs ultimately undercut development projects.

The narrated portion of the story gave the audience enough background information to appreciate a more artistic rendering: mid-20th-century style silent film sequences accompanied by a composition by William Brittelle. The film sequences showed cowboy heroes fighting the Colorado River as the Salton Sea forms. Then another sequence depicts classic, hardworking American imagery with men in white shirts using machinery to prepare the area around the sea for development. All of these sequences are interspersed with ironic silent film text slides of John Oliver-esque dialogue that drives home the vanity and shortsightedness of the human actors involved in “conquering” and “controlling” the river. Prerecorded bits of danceable beat tracks, indecipherable and resonating samples of human speech, and the rich harmonies and alternatingly hip and surprising rhythms of Brittelle’s work weave seamlessly into the visuals. 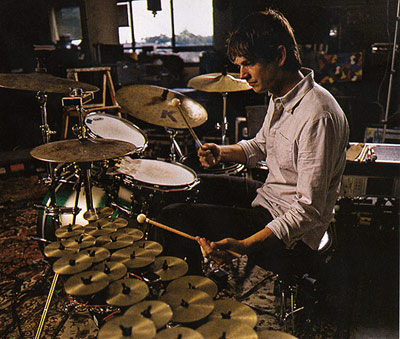 The rest of the event suffered from a lack of integration, clichéd visual and narrative devices, and overwhelming volume, which was not the fault of the performers, who executed each composition with gusto and unbelievable temporal precision. Also, the compositions were too stylistically disparate to knit the 90-minute experience together, perhaps because so many composers were involved. The film sometimes was too heavy-handed: cutting from footage of a wizened, sage character walking through a desert to shots of glaciers melting to make a point about climate change is neither revolutionary nor effective after so many repetitions, even when the images themselves are beautiful.

The Colorado seems part of a larger contemporary quest to figure out what attractive live art can be in an age where audiences have access to more art outside the concert hall than inside. Perhaps I am overly disappointed because this sort of multimedia experience contains elements of opera, concert music, and film music with competing expectations that fail to merge effectively in this multimedia genre. At times, The Colorado used these genre expectations to its advantage and crafted unforgettable sound-image memories, but most of the time it made me wonder if a traditional film version would have been more effective.

Did you see The Colorado? What were the most effective moments for you? Which compositions grabbed you?