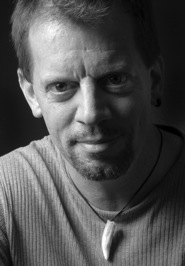 I didn’t need to hop a train to Palo Alto Wednesday to check out the latest in avant-garde electronica, famed vocals, and a cultish following; I could have waited for Friday’s new Radiohead album. “The Electric Voice,” Stanford Lively Arts' program of new works for electronics and voice, featuring bass Nicholas Isherwood, reinforced the contradictions and arrogance often associated with the field of highbrow electronic music. Unlike Watson, the IBM computer that won Jeopardy! the same evening, this electric voice failed to please.

Anthropologist Georgina Born made a detailed ethnographic study of an European electronic music studio in her 1995 book, Rationalizing Culture. She described the tendency of composers affiliated with an alphabet soup of European electronic music centers represented in Wednesday’s concert (INA, GRM, GMEM, CNRS, CRFMW, and IRCAM, among others) to antagonize against things deemed commercial, popular, or practical. Still, the amazing advances of commercial audio products in the past decade has made advanced tools to synthesize, sample, sequence, loop, and process multichannel audio accessible to anyone with a MacBook (prominent at the Stanford concert) and a checkbook (also prominent there). Born chronicles how composers slight these products as “seductive” and, in the complex sociology of institutions, hold to a “willful and rebarbative complexity.”

At Stanford, Jean Claude Risset’s Otro was decidedly nonseductive. Ostentatiously derived from Borges and mostly in untranslated French, the composer directed Isherwood to spasmodically declaim superficial phraselets such as “A shadow of Magnitude” against an eight-track ambience. A crackling fire encompassed the audience as the singer variously barked “Feuer,” then spooky, “Il fuooooo ... cooo,” then harshly, “Je suis le feu” into his earpiece like a possessed UN translator.

To Boldly Go Where Someone Has Gone Before

Surround-sound multichannel audio is so ubiquitous in new theaters it’s old hat. Of all the works on the program, Jeffrey Stolet’s Manda no Sahou, with a mildly perceptible pulse and occasional sonic flair, felt the most cinematic. Stolet claimed inspiration from Japanese underworld movies about fighting and honor, and set a Japanese text. Without a translation, it might as well have been Klingon. It didn’t help that Isherwood’s amplified bass voice sounded a bit like Star Trek's Lt. Worf.

I may have been underwhelmed by Isherwood’s singing because of the superlatives heaped on it in the concert’s publicity. Singing new music is his schtick, and he has made an enviable career out of it, so nobody can begrudge him for that. Although his characterization of faster passages was excellent, his tone was tired, forced, and a bit wobbly in more sustained music.

Dated 2011 and too late for the program’s print deadline, Daniel Terruggi’s Umana Miseria, seemed hastily composed. It was only titled in a program insert that at least provided a translation of the Petrarch sonnet (but impossible to follow in the darkened room).

Had Hollywood made Thomas Mann’s Doktor Faustus — the novel where a composer severed from reality becomes a charlatan — as a romantic comedy, it might have included Stanford Associate Professor Mark Applebaum’s Aphasia and been performed by Robin Williams. As an open-mic parody, it’s brilliant; presented seriously at Stanford, it was just sad. Isherwood did not sing at all, but struck poses during the composer’s whimsical electronic collage of samples of Isherwood’s vocalization. The result was geeky voguing: William’s schtick. Audience members stifled the worst kind of embarrassed and uncomfortable laughter.

Applebaum made a disclaimer before the performance: Isherwood is not a dancer, and the piece he wrote was too hard. We would not see a piece he wrote, just Isherwood’s impression of it. After a working relationship with the singer and a year’s time, he should have known what the singer’s capabilities actually were. The written score, which I saw, was the real problem.

Composer Robert Platz knew exactly what music to write to make Isherwood sound good (and sound at all). With his Lilith,he came to terms with the awkward combination of voice and electronics. Most of the electronic sounds could have been replicated by instrumentalists through extended techniques, but only by an orchestra impossibly surrounding the audience and inhibiting a sense of intimacy with Isherwood’s animated and effective declamation. Platz’s use of electronics was not just a conceit.

I was more troubled by the content. What does 1911-style sprechstimme of a boilerplate, angst-ridden untranslated German text about a lone soldier in wartime mean to a privileged audience in 2011 Palo Alto? It’s easy to pigeonhole such things as Eurotrash when bullets have not divoted Stanford’s famed masonry.

Composer Karlheinz Stockhausen came under scrutiny in his final years for wrongheaded remarks about the 9/11 attacks. He attempted to compare the colossal nature of the attacks to the colossal ambition and excess of his brand of performance art. His musings would have been more easily dismissed if they had not underscored how out-of-touch, indulgent, and irrelevant the composer had become in a reunited Germany.

Wednesday’s headliner, the U.S. premiere of Havona, which Stockhausen wrote for Isherwood and electronics shortly before he died (in 2007), was a nonevent. The tedius 25-minute affair was as dated as those ugly ’60s buildings or the characters in the Brady Bunch Movie. Stockhausen builds a fake ceremony from a fake religion, for which Isherwood wore New Age tae kwon do garb with a Buddhist sash. Speakers blare blips and blaps in bursts my mind was too small to appreciate. I’m tempted to quote the nonsense text, but that’s just what this type of “happening” seduces from its detractors. If I were to make a fake religion, I would want my priests to look real badass — Klingon even.