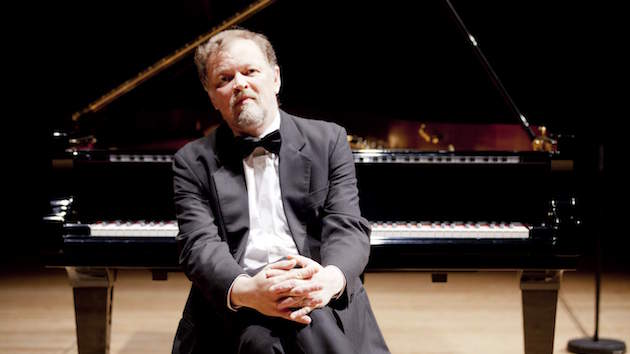 The performers were first-time guest conductor Edvard Tchivzhel (the T is silent, as in Tchaikovsky) and returning pianist Nikolai Demidenko. The music was by Russia’s two most prominent pianist-composers, Alexander Scriabin and Sergei Rachmaninoff. Just over a year apart in age, Scriabin and Rachmaninoff studied together as boys under the same piano teacher. They grew up to be strikingly different composers, though the works on Saturday’s concert emphasized their similarities.

Scriabin’s music has a reputation of being forbiddingly mystical, chromatic to the point of atonality, and responding best to being played with extreme flexibility of rhythm and of chording. That’s totally irrelevant to his Piano Concerto in F-sharp Minor, Op. 20. An early work, it fits into the great tradition of Russian concertos by Tchaikovsky and Rachmaninoff, though it’s terser, and shorter, than works by either of the others.  It really should be ranked with them.

Though Scriabin is not in the same class as a melodist with his fellows, he puts on fine graces here, and provides an excellent lyrical theme for his Andante variations movement. The piano writing is rich and many-fingered when against light accompaniment or none, and where the orchestra dominates, the piano batters against it in loud passages and dances lightly around it in quieter ones. All this is typical of the Russian concerto style.

Demidenko prefers playing Romantic epics with the cool, even grace of Mozart. That gentle, even articulation he brought to Beethoven’s “Emperor” Concerto on his previous visit a year ago served even better in Scriabin. There was no sweating or flinging the arms around here, and only a little key-banging when the composer specifically calls for it. A calm, lyrical style prevailed. Demidenko was even more straightforward in his encore, an entirely even-toned rendition of Chopin’s “Minute” Waltz. 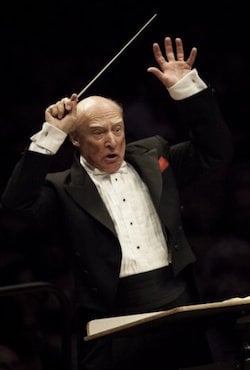 This applied as much to the orchestra, which was as transparent as possible. Tchivzhel saved most of his emotional tempo gradations for Rachmaninoff. The harmonies were sometimes rich and traditionally Romantic, occasionally widening out into broad intervals that gave premonitions of 20th-century styles like the American prairie school.

Scriabin’s is not only an excellent concerto, it’s a beautiful and easily listenable one, with an absence of either airy difficulties or of fluff. Its absence from the common repertoire is not just a shame, it’s a surprise.

Rachmaninoff was represented by his Symphony No. 2 in E Minor, Op.27, his most popular symphony and usually considered one of his most lushly Romantic works. A tougher piece like the Symphony No. 1 or the Symphonic Dances might obviously have been more removed from the schmaltz that takes Rachmaninoff’s reputation so far from Scriabin.

However, Tchivzhel led a tight, dramatic Second. This was true even in the Adagio, a hothouse of ripe, surging melodies. The key to this interpretation was the strings. With the two violin sections seated on opposite side of the stage for maximum clarity and separation, each string line was light and clear, floating around each other in lustrous counterpoint.

Tchivzhel conducted this movement with frequently fluctuating tempos. The Scherzo was a set of steady but abruptly shifting tempos, with a drop into a calmer luxuriousness in the trio. Here, and in the outer movements, the crispness of the winds and an almost military precision in the heavy brass and percussion came to the fore.  Even considering some minor flubs, this was outstanding work from the orchestra, which was fully responsive to Tchivzhel’s ideas.

The performance didn’t make Rachmaninoff sound much like Scriabin, but this and the Romantic virtuosity of the concerto did bring the two composers within hailing distance of each other, offering a remembrance of those two boys studying piano together so long ago. 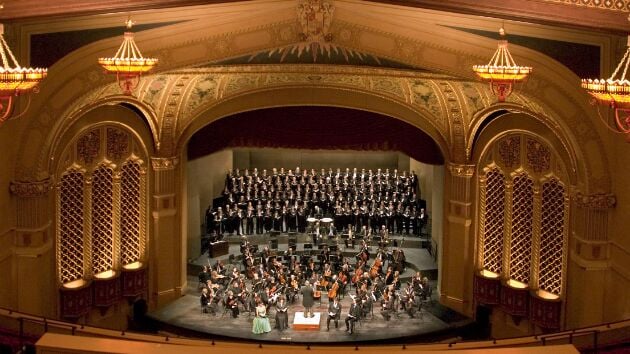