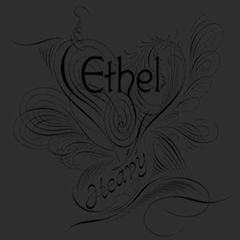 So here in the mail is ETHEL’s third album, Heavy. It is not your ordinary new-music string quartet CD package. For one thing, the housing is an ornate envelope about seven inches on a side, as though it were a 45 vinyl single. Recording dates, engineers, and venues are all there, as are publishers for all the pieces, software and bow endorsements, and a long list of endowing/funding institutions and individuals. Nothing about the composers, though, or the music. You are supposed to just sit down and listen.

Not really a bad idea.

ETHEL calls itself “America's premier post-classical string quartet” (though it prefers to be called a “band”). If we could get past this to America's first post-post-classical string quartet, I’d be relieved. It’s not the music — this is a very impressive, and very fun, album (and more on that in a jiff). It’s the trading on a tradition while proclaiming the tradition is dead.

Why, for example, does ETHEL happen to have exactly two violins, a viola, and a cello in it, if it’s a “band”? If you were starting from scratch, is that the band you’d make up with a bunch of string players? (To take the obvious: No bass? Are you nuts?)

Any number of string players in any number of configurations have formed ensembles, most not claiming to be “post-” anything. The ones that repeatedly beg to be recognized as bending genre boundaries, though, always seem to be string quartets. And what ETHEL does doesn’t seem to me especially new here; I can’t see a thing (from the amplification, to the huge genre-bending commissioning campaign, to the openness to non- “classical” techniques, to the making an album look less like a “classical” album and more like a non-classical one) that the Kronos Quartet didn’t anticipate at least thirty years ago.

I have to give the band props on its taste in music, though. There’s not a thing on Heavy that doesn’t deserve to be heard several times, albeit occasionally with volume adjustments.

The opener is Don Byron’s second string quartet, titled Four Thoughts on Marvin Gaye. I confess that the piece doesn't make me think of Marvin Gaye at all; it's too danged interesting itself. The first movement alone is about as diverse as three minutes of music can be — a gritty ostinato, then a series of positively spooky glissandos in harmonics, and then the most fun I've ever heard had with col legno battuto (that is, striking the strings with the wooden part of the bow).

Why does ETHEL happen to have exactly two violins, a viola, and a cello in it, if it’s a “band”? If you were starting from scratch, is that the band you’d make up?Like nearly everything here, it makes extravagant use of sounds we all knew string quartets could make, but hadn’t imagined being used in quite that way. John Halle's Sphere[‘]s begins with a sort of multilayered barrage of aggressively un-pretty sound, but “old-style string quartet” fragments are always surfacing; the piece is practically a grudge match between the grungy and the conservatory-trained. The opening of Raz Mesinai’s La Citadelle goes it one better, with an almost-no-bow, almost-all-rosin viola ostinato on one note, excited chatter on two notes from one violinist, and a fluting conversation between the cello (in harmonics) and the other violinist on top.

John King’s terrific No Nickel Blues isn't a blues, but it’s another piece that does imaginative things with the sounds stringed instruments can make. If you make straight tone the norm (as the historical-performance crowd have been demonstrating for decades), vibrato means something.

Julia Wolfe and David Lang are probably the best-known composers here. Wolfe’s Early that summer, at just shy of 12 minutes (one of the 12 is occupied by the final chord), is the longest piece on the program, and I’d say a bit too long for its own good. But the trajectories Wolfe builds out of her fidgety texture are fascinating to hear as they emerge. Lang’s Wed is gorgeous, the only really slow piece here and one deserving of the slot. It’s all diaphanous, slowly-shifting harmonies, every dissonance resolving just as another enters, so that there’s continual pain and also continual serenity.

Kenji Bunch’s String Circle 1 (with Bunch as guest violist) is a fiddle-style romp, starting gently but getting raucous in time. Like Marcelo Zarvos’ Rounds, which follows it to end the album (brilliantly), it’s less “new-musicky” in tone than many of the earlier tracks, more a popular-music number that happens to be written for string quartet (or rather quintet).

For those who listen past the last “official” track, there is a fine green-room bonus.