Giacomo Puccini often chose settings that brought opera up close and personal, and he thus worked vital changes on the form and made it ready for the 20th century. There’s a consequent advantage in witnessing Puccini in a smaller venue, such as the Lucie Stern Theatre in Palo Alto, where the West Bay Opera continues its well-sung production of La bohème next weekend. When the lights go up on Jean-François Revon’s simple but evocative set of a Parisian garret, updated from the original story to fin de siècle, you’re sitting just a few rows away, close enough to be neighbors with these four lively, wine-quaffing bohemian guys. 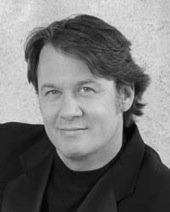 As with opera on film, viewing the performers more intimately demands a more dramatically credible performance from them and their director, and there were mixed results on opening night Friday. Some of stage director Jimmy Smith’s gimmickry, such as making the landlord Benoit mount a table to brag about his peccadilloes, or having Musetta attract a foot fetishist waiter at the Café Momus, is rather gratuitous, and the blocking of the crowds in Acts 2 and 3 is at times confusing.

But these distractions are more than offset by this company’s virtues. David Hodgson is an able representative of those virtues in his 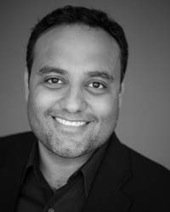 personification of the painter Marcello, with a secure, chocolaty baritone matched by confident, naturalistic acting skill. He’s partnered handsomely in Acts 1 and 4 by the sweet, vibrant tenor of Pedro Betancourt as Rodolfo, the story’s poet and romantic lead. John Bischoff sings the role of the philosopher Colline in an appropriately strong and somber bass-baritone, specially appealing in his “Vecchia zimarra” (Ode to my overcoat) aria in Act 4. Teagan Moore, a rather weaker but interesting baritone, with good dramatic presence as the musician Schaunard, makes up this complement of garret roommates, a marvelous instance of ensemble opera.

Assessing the pairing of Betancourt’s Rodolfo with Carrie Hennessey as his muse, Mimi, is a matter of theatrical and musical taste. Hennessey is possessed of a full, powerful lyric soprano, which delivers Puccini’s arias and duets richly. Her “Mi chiamano Mimi” (Yes, they call me Mimì) in Act 1 is gorgeous, as is Betancourt’s preceding “Che gelida manina” (What a chilled little hand) and “Sono un poeta” (I am a poet), displaying a brightness at the top of his range and a passionate sustain. All that should be enough to secure the love story around which this opera is built. Yet it may bother some audience members that Hennessey rarely sounds like the consumptive creature whose delicacy enraptures Rodolfo, and that her acting doesn’t help elicit either her character or our sympathy much. She remains an enigma. 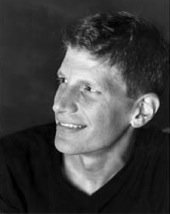 More successful, including in the romantic pairing with Hodgson’s Marcello, is Ani Maldjian as the coquettish Musetta. Interestingly, Hennessey and Maldjian sound very much alike, both of them being virtuosic vocalists, though the sound works much more effectively for the latter.

Scenes Deftly Paced Musetta’s second-act showpiece, “Quando me’n vo’” (When I stroll the streets), was only one of many instances, on Bohème’s opening night, of 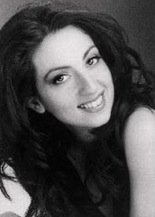 the artful pacing of conductor Bryan Nies, who gave Maldjian plenty of time to show off both her voice and her skill as a comic actress. Although the second half of the opera, which follows intermission, boasts fewer memorable musical moments (and less engaging dramatic action) than the first, Nies did an admirable job of sustaining momentum, and his orchestra’s sections and soloists were consistently top-notch. They conveyed clearly all the details of Puccini’s dynamics and coloring, such as the wintry open fifths that greet the start of Act 3, alongside lighting director Steven Mannshardt’s falling snowflakes, strikingly projected on a scrim.

The affecting interweaving of sometime polyphonous themes swirling around the Café Momus in Act 2 was a tribute to the musicality of both Nies and the “People of Paris” chorus, including the kids, not to mention the composer. The mingling company members showcased a delightful variety of period costumes, designed by Yuri Cataldo.

Don’t miss this chance for an atypically intimate, musically rewarding experience of this familiar and fine piece of opera.