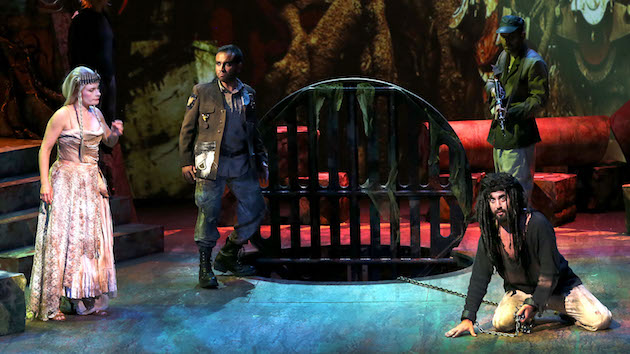 Hypercharged with alternating currents of powerful emotion, a combustible score and a language-coiled libretto based on the play by Oscar Wilde, Richard Strauss’s Salome packs more into a single act than many operas do into three or four. Often dubbed the first modern opera, this remarkable 1905 work arrived in an exciting if uneven West Bay Opera production Friday, May 26, at the Lucie Stern Theatre in Palo Alto. Performances continue through June 4.

Instability may be hot-wired into any Salome. It’s located centrally in the title role, performed here by the fearless soprano Heather Green. After captivating the Syrian Captain Narraboth (the persuasive tenor Alonso Sicairos León), who subsequently commits love-addled suicide, Salome proceeds to fall in explicitly visceral lust with the imprisoned prophet Iokanaan (the commanding bass-baritone Isaiah Musik-Ayala in the John the Baptist role), only to turn on him, to put it mildly, when he rejects her advances. 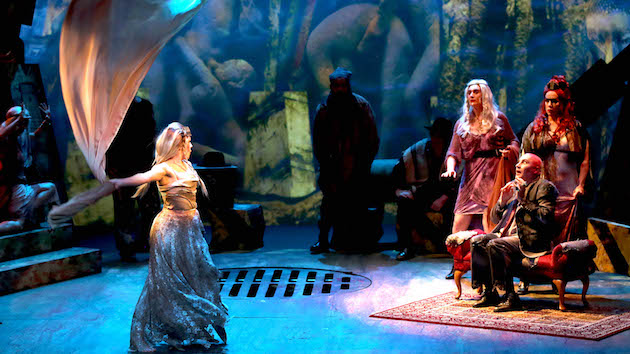 All this and more, including a seriocomic religious quarrel among a group of Jews and the fuming eruptions of Herod’s wife (mezzo-soprano Michelle Rice), is crowded into 100 minutes. And even at that, in one of the opera’s unfurling wonders, both the veil dance and Salome’s love scene with the severed head exude a rank luxuriance that borders on the indulgent. 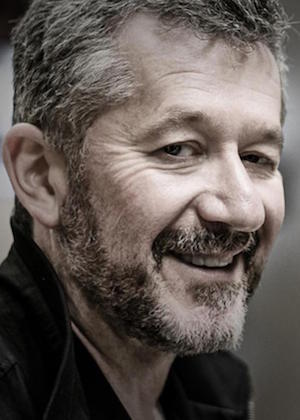 Credit Strauss’s orchestral score for defining the expansive, ever-shifting terrain. In its turns from shimmering apprehension to explosive outbursts to a kind of uneasily brooding intimacy, the music got an attentive and often vividly colored reading under conductor José Luis Moscovich’s baton. The brass made some particularly distinctive contributions.

Mounted as a coproduction with the Mexican company Escenia Ensamble, director Ragnar Conde’s Salome is set in “a bombed-out bunker in a dystopian future.” Fractured columns, in Peter Crompton’s set, suggest history perverted and betrayed. A gigantic projected moon dominates the sky, as it should, shadowing the nocturnal action in watery beams. Less successful are some cultish-looking patterns in Frédéric O. Boulay’s projection design.

Green makes a disconcerting first impression. Singing in a buzzy head voice, her Salome comes off as tense and brittle in her early passages. When the prophet makes its first entrance from his subterranean cell, Musik-Ayala’s ominous vocal lines and steely authority, even in heavy chains and coarse long hair, powerfully reconfigure the drama. If Salome’s elaborately limned obsessions with his skin and hair and mouth are overtly sexual, it’s clear why anyone would fall under this Iokanaan’s compelling aura. The two singers articulate the extreme valence of their connection — his opprobrium about a corrupt family and her vertiginous attraction to him. 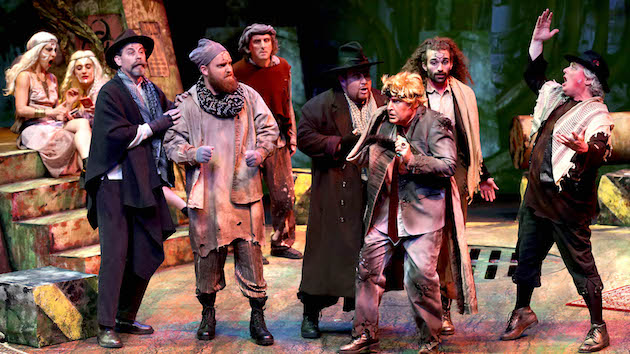 Gustafson makes a vivid early impact as Herod — fretful, broderline paranoid and fatefully drawn to his stepdaughter. His tremulous tenor voice feels just right. Later on, the performance thins out, into obsessive-compulsive hand-wringing and stricken gazes.

By then, Salome’s own powerfully twisted character has taken over. The director has made one cunning choice, by sending Green over to the proscenium’s edge, at one of the few times Salome isn’t the focal point of the action. Stranded there, she takes on a zombie-like torpor that can be read as a hinge moment, a psychological break. Everything that follows — the dance, the lurid murder of John, and her consorting with his severed head — occur in what might be seen as kind of post-traumatic stress fever. 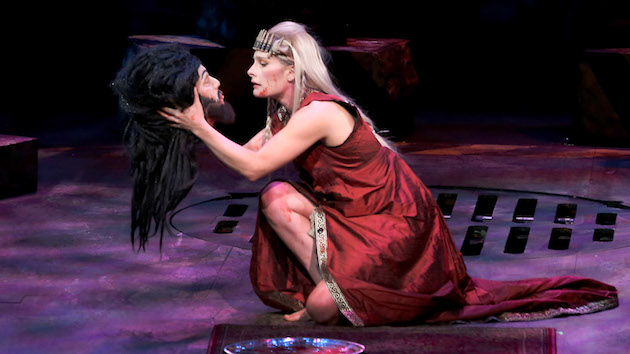 Green’s voice ripened and took on more shading and expressive nuance as the opening-night performance progressed. She performed the dance, in a rather technically static staging that seemed more about the veils than the dancer for a good bit of the way. Green never seemed fully embodied, even in a topless, torso-baring climax. But she never shied from the extremes that any Salome is challenged to reach. Her final solo, addressed to the head, came off as an undulant, traumatized duet with her own imagination.

Not everything worked or came together in this production. But there was no mistaking the fact that a great distance had been covered, musically, dramatically, and emotionally, by the time Salome came to rest.

Correction: The review as originally published incorrectly stated that the orchestra was not credited in the program. The orchestra members were actually listed in full on the second page of the program, and can also be viewed at the bottom of this page.