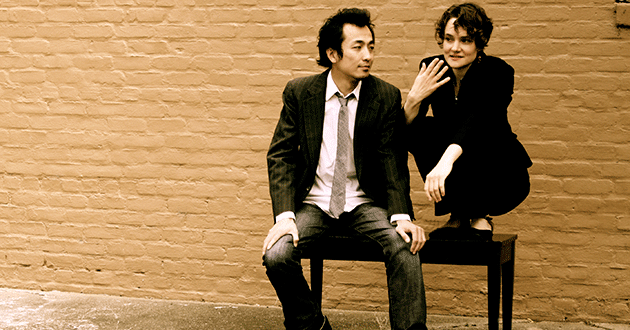 In five years of existence the dynamic piano duo ZOFO (“20-finger orchestra”) has racked up two Grammy nominations and a competition win. Perhaps more impressively, they’ve given 11 world premieres of commissioned works. They brought the latest of these, by William Bolcom, to Morrison Artists Series at SFSU on Sunday afternoon, while dazzling the audience in a program of contemporary works.

ZOFO, consisting of Eva-Maria Zimmermann and Keisuke Nakagoshi, began with a first half of older and better-known pieces by Gershwin, Debussy, and Terry Riley. From the very opening of Gershwin’s Rumba (an arrangement of the Cuban Overture,) the two pianists performed as a cohesive unit. They began in perfect sync, without a moment’s pause, and seemingly without even making eye contact with each other.

Together, the ZOFO team makes not only good music but also good theater. Without missing a beat, twice the players stood up and switched places and parts so that Nakagoshi, who played the secondary part in the outer sections, could have a turn at the more melodically interesting primary part. 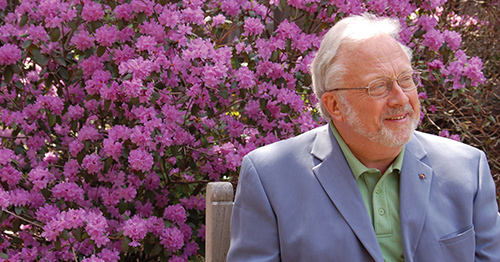 Another histrionic piece opened the second half: Christian Henking’s Good Morning, John, which Zimmermann commissioned for ZOFO. She introduced the work as a misunderstanding whereby she had asked for a duet but the composer wrote instead a solo for her. In truth, the piece playfully commemorates the first time the two pianists shared a stage together, which had actually also happened at SFSU: Nakagoshi was injured, and Zimmermann performed in his stead while he turned pages. Henking’s piece requires Nakagoshi to “forget” to turn pages for an increasingly agitated Zimmermann and to “accidentally” hit keys while she attempts to perform a work that sounds a lot like Johann Sebastian Bach’s famous Prelude in C Major.

The idea of “worlds away” befits Sisask’s work, too. As Nakagoshi put it, the composer is “obsessed with the universe” and “almost all the pieces he writes are based on outer space.” Judging by his Linnutee galaktika (The Milky Way), cosmic music involves pentatonic scales and percussive playing on the piano’s soundboard. It made for a friendly and well-received introduction to extended playing techniques for a seemingly uninitiated audience.

Closing the program was Bolcom’s Primer: Eight Studies for Piano Four Hands. The composer was in attendance and described the piece this way: “… a series of short studies involving unusual hand displacement, rhythmic counterpoint, and the like.” For me, it recalled the Debussy from the concert’s first half, and for two reasons. In one study, “Mr. S’s Magic Dance,” the composer intentionally highlighted the idea of interlocking arms and hands that the Debussy had more subtly brought to mind for me. Additionally, the work includes two studies that allude to Debussy and also to his contemporary, Erik Satie.

All told, ZOFO has chemistry that makes musical and dramatic sparks ferociously fly. The mission of the Morrison series is to bring world-class artists from both around the globe and around the block to audiences, free of cost. Given the duo’s international roots, local stomping grounds, and captivating musicianship, ZOFO incarnated this mission beautifully.