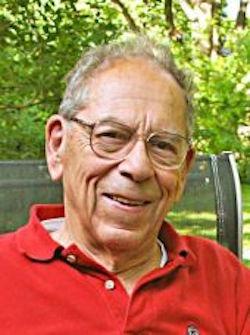 In 1998, the Internet was not as we know it today. E-commerce was just emerging from its first stage, its infancy, really. Internet protocols were receiving their first major update. There was little social networking, now such a major part of Internet traffic. And, of course, personal computers and mobile devices were much less powerful and capable.

That Robert Commanday, then 75 years old, a recent retiree from print journalism with only a bare idea of how the Internet worked and no experience in the medium, would enter this new world on a mission seems like the stuff of a movie script. It was that mission — to create a space where high-standard cultural reporting would extend far beyond the reach of what print journalism was capable of offering, to report on (and in so doing to create an online history) of classical music in the entire Bay Area — that got the project off the ground. Gordon Getty agreed to support the project financially; Bob and his wife Mary, who did all of the behind the scenes publishing work, took no salary; and a few graduate students from among the Bay Area’s many fine schools signed on to learn the basics of journalism. San Francisco Classical Voice was born.

Bob sent his reviewers to cover events that had dropped off the map of journalistic coverage, or had never been on it: the San Francisco Choral Society, Old First Concerts, Goat Hall Productions, myriad local chamber music societies, contemporary music groups, the California Symphony, the Marin Symphony, Festival Opera of Walnut Creek, and many others. SFCV’s “Music News” column began chronicling the local happenings in classical music.

By the mid-2000s, the Internet had developed to such a degree that a major change was needed to keep SFCV viable. No one at the time knew whether Internet journalism in such a highly specialized field could succeed on the Web. Undeterred, SFCV’s board of directors raised funds and brought on experienced professionals to supervise the transition to a modern, newly constructed website, a process that took two years to complete.

These were difficult years, especially because they coincided with the 2008 financial crisis whose effects were strongly felt in California and throughout the Bay Area. During this time, however, SFCV had ardent backers. Gordon Getty never refused a request. The Hewlett Foundation renewed its grant, despite needing to pull back its giving in response to the financial crisis.

Despite all, the efforts of SFCV’s staff were noticed. The new site was honored in 2009’s National Summit on Arts Journalism as one of the five-best arts websites in America. And in September 2010, visits began to climb steadily; page views doubled and then doubled again, so that by December 2011, SFCV had grown by a very impressive 150 percent.

Today, SFCV continues to follow Commanday’s vision — to serve the arts community and its audiences with the highest-quality, free, original journalism — yet it also continues to innovate ways to connect new audiences to great music. SFCV provides information of many different types: a searchable, sortable events calendar/database that lists almost every classical music event in the Bay Area and enables users to buy tickets; a ticket-discounting program (Hot Deals); a multimedia database of composer biographies that is regularly accessed by students of all levels; a glossary of important musical terms; a searchable, sortable database of music teachers around the Bay; lists of music organizations and educational organizations … and much more.

SFCV is committed to racial equity and non-discrimination both internally in our work environment, and externally through our editorial content and services offered through our website.

Your feedback is always welcome! Please contact us at [email protected] with your comments and ideas.