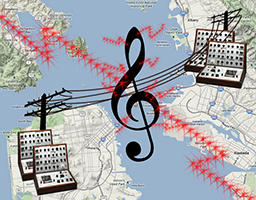 One aspect of Lisa Bielawa's Crissy Broadcast project yet unexplored is a somewhat similar large, integrated music project in San Francisco and Berkeley by another Bielawa, four decades ago. The word from Other Voices' Charles Amirkhanian:

Bielawa's pioneering work, from the mid-1960s, included creation of one of the first electronic music studios [after Columbia University], with a Buchla 100 series synthesizer and a couple Viking tape recorders. Then a few years later, there was a series of public concerts called New Media Invitationals in which tapes of electronic music from all over North American were solicited and performed on the campus. 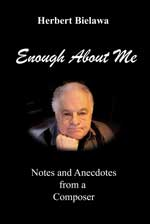 And then the Bay Area Synthesizer Ensemble, the studios connected by special telephone lines leading into the master mix at KPFA, mixed electronically and broadcast in real time.

The compositions commissioned for the affair were Responsive Reading and Thirty Seconds by Gareth Loy; Music for B.A.S.E. by Anthony Gnazzo; Quartet for Synthesizers by George Burt; BASEment by Alden Jenks; Recycled Radio by Jan Pusina; and BASEball and A Ludwig Washout by Herbert Bielawa. The "BASE" references are for the Bay Area Synthesizer Ensemble.

The results are preserved to this day, four decades later. And note this significant difference between the 1974 project and the one last weekend: Bay Area Synthesizer Ensemble had no budget; Crissy Broadcast cost approximately $200,000. That's inflation for you.

Records of the B.A.S.E. project say "We required four different telephone installations at each sight: a performance communication line, a special high-fidelity, highly equalized line, a separate service line and, finally, a separate rehearsal line (to keep expenses down since specially equalized music lines were very expensive)." Chances are the cost of about $1,000 came out of Bielawa's pocket.