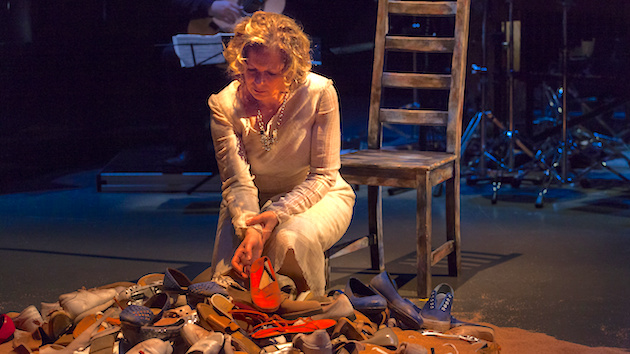 If classical music and classically trained artists are relevant in the contemporary canon, it is because of projects like Cuatro Corridos (Four Songs). While opinion makers argue about the issue of relevancy, artists like American soprano Susan Narucki and her collaborators are making it happen. 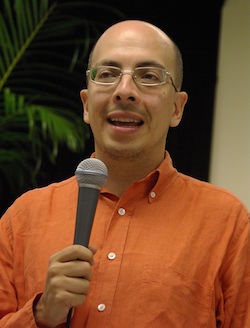 is a one-hour, four-scene chamber opera that began in 2008 as an obsession for Mexican novelist, essayist, and librettist Jorge Volpi. The story it tells through four female characters about human sex trafficking springs in part from the real-life 2001 discovery of the Salazar Juarez brothers’ network. Their sex slavery and prostitution ring had young Mexican women forced into prostitution in Tijuana and shipped across the U.S.-Mexico border to “service” a network of farm bosses and illegal immigrant workers located near San Diego in what was known as Southern California’s so-called “fields of love.” Reaching further into the past, the criminal tradition found its pre-Hispanic roots in the villagers in Tenancingo, in the state of Tlaxcala, who raised girls from childhood to be prostitutes and sold them as commodities.

Volpi was gripped not only by the practice’s extended history but also by the multiple exploitations the Mexican women suffered. He initiated a screenplay but eventually left that project to a collaborator while he developed the story for the libretto of the chamber opera commissioned by Narucki. He also wrote his free-verse novel, Las elegidas, which was published in 2015. 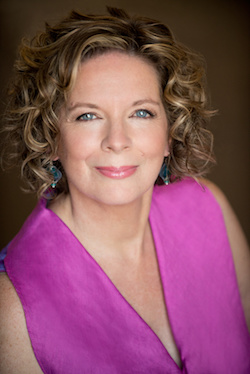 Grammy Award-winning soprano Narucki joined the faculty at University of California at San Diego in 2008 and was aware of Volpi’s work. She was struck by the significance of a geographic border she’d frequently crossed without thought during her life as an international star on the guest-artist performance circuit. Celebrated for her charismatic portrayals and expressive voice, Narucki has appeared with the Cleveland Orchestra, Los Angeles Philharmonic, Netherlands Opera, San Francisco Symphony, MET Chamber Ensemble, on Great Performers at Lincoln Center, at Carnegie Hall, and more. Her discography demonstrates excellence in classical work and an emphasis on 20th- and 21st-century compositions and new commissions that address contemporary ideas, issues, and circumstances.

Narucki recognized that for these women (boys and men are victims of sex slavery, but in far lower numbers than girls and women), crossing the border marked them as slaves. Aware that millions of women continue to be exploited — visit The Polaris Project or simply Google “human sex trafficking” to share her dismay — Narucki began to corral an artistic team that would bring the critical human rights issue to the stage.

The music written for the opera’s four central characters — two victims, a female gang leader, and a Mexican-American policewoman — is by composers Hilda Paredes, Arlene Sierra, Lei Liang, and Hebert Vázquez. It is scored for one soprano voice, piano, guitar, and percussion. It varies in each composer’s degree of modernism but forms a cohesive work. The opera’s world premiere in 2013 was preceded by workshops during which the instrumentalists, Aleck Karis, piano; Pablo Gómez, guitar; and Ayano Kataoka, percussion, were integral in its creation. The production was funded by MAP Fund for the Performing Arts, UC MEXUS, Yellow Barn, UC San Diego, and the National Endowment for the Arts. A recording of Cuatro Corridos is supported in part by the Alice M. Ditson Fund for Recorded Music, the University of California, and NewMusicUSA. 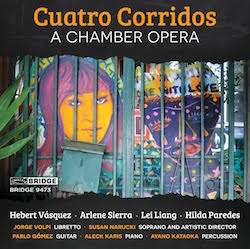 During the premiere and in the subsequent 12 performances since, the project has included panel discussions, forums with experts on human trafficking, and fundraising events developed with human-rights organizations. The November release of the CD on Bridge Records offers extended opportunities to raise awareness.

“The idea is that people see or hear this arresting, intense work of art. Yes, it’s downbeat, tragic,” says Narucki. “But the thing I wanted was for people to talk with other people who engage in the field and fight this fight. I didn’t want them to walk away. I wanted people to figure out their role and participate.”

The opera opens with Vázquez’ corrido-based score, which breaks apart the traditional Mexican ballad form; alternating between bouncing jocularity, percussive angularity, or dipping into an oasis of atmospheric sound. Narucki says an “incredibly virtuoso middle section that needs to be sung in a clear, but unaffected way” takes great concentration. Sierra’s 11–minute section exposes Narucki’s voice by countering it with minimalist and repetitious, but never overpowering, rhythmic patterning. The nasal, gritty bite required to sing the lyrics while the orchestration builds is a physical challenge. Allowing terror to creep gradually into her voice as the scene develops, she says, is essential to the acting.

Next is Liang, whose score is spare and the section’s story delivered by Rose, the police officer. “You have only your voice to say something heartbreaking,” says Narucki. “The vocal lines become higher and more extreme. I am not to move. I am to stand and tell the facts.” Composer Paredes ends the opera with the most overtly dramatic music, pulling out all the stops, including members of the ensemble interjecting vocalizations. During transitions in the live performance, production designer Karen Guancione’s spare set that has the musicians onstage provides a pile of sand in which shoes are buried. Narucki selects the pair that suits the character she is portraying. A chair, table, and large screen on which some of the stories are projected are the primary elements. 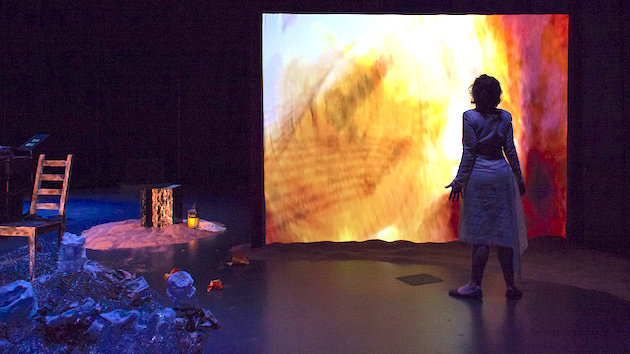 Liang writes in an email that Narucki’s “unusually wide range of expressivity” provided the ideal platform for a role that begins matter-of-fact, but moves through condemnation, anger, sympathy, deep concern, and profound empathy. “I know that Susan is singing four different roles in this opera, but in the section "Rose" alone, there are multiple sides of the personality that were developed because of her incredibly powerful and varied expressions.” Sex trafficking’s dark, multiple layers of exploitation are reflected in themes from Narucki’s haunting solo lines that are picked up by the instrumentalists and developed to provide additional commentary. “I learned in writing this opera to treat each instrumentalist as a "singer.” (In this way,) a chamber opera for a singer and three players becomes a theatre of four roles interacting with one another on stage.”

Sierra says her “Dalia” characters scene is a confession. She focused on a ringing refrain, in which the character announces, “Me iré al infierno” (I am going to hell), to bring out the sonorous power of Narucki’s voice. Another line, about bringing “the girls to heel,” is embellished by a “piercing, sneering vocal color.” The narrative trajectory of an innocent girl who objectifies herself as she pivots from victim to perpetrator is cyclical and mirrored in the music. “Everything repeats and transforms,” Sierra says, “through rhythmic patterns, percussive attacks, more meditative music, and various aspects of the principal vocal line.”

Narucki, who will celebrate her 60th birthday in March 2017, says, “Most people at my age are thinking of winding down, but the truth is, I never had the luxury of creating new things while I was performing. Now I can do the things I want to do.”

Her entry into opera is rather unconventional. During her childhood, she loved singing folk music and storytelling songs by Joni Mitchell and other musicians engaged in 1960s social activism. “I played the guitar and sang. When I was about 14, I realized the quiet was happening: the intense listening you do when you realize the sounds you’re making are communicating in a certain way to other people. I felt a kind of attention was being given to me. It was a fuel for exploring my voice further.”

But equally enamored of other art forms, Narucki pursued filmmaking and photography at Syracuse University. Soul searching flipped her switch back to music and sent her to the San Francisco Conservatory. She discovered classical music and fell in love with opera’s fusion of music, poetry and drama.

Narucki says her performances of Cuatro Corridos are becoming edgier. There is more gasping in whispers, increased contrast between head voice and passages sung lyrically, and “high-flying notes” that she delivers in a raw, unprotected voice. “The four of us do this piece without a conductor. If there are moments of intensity in the score and we can take them to a certain point before they fall apart, we take them beyond those places.”

If the performances have become weightier, the set has not. “We redid the set to be lighter. It fits into one 500-pound crate or nine carry-on bags.” Portability allows flexibility and more opportunities to present the opera in as many locations as possible. Narucki hopes to continue performing the work through 2018. “After that, I have other projects, but I’d love to see the piece live on. My hope is that others would want to do it, maybe staged in different ways.” She notes that contracting the work — each composer has a separate contract — would require some effort, but isn’t impossible.

One of her greatest pleasures has been the post-performance reviews she receives during panels, forums and informal conversations. “In 13 performances, no one has told me the music is too hard. That the piece is too contemporary and must be difficult to sing. They say it is powerful.” The opera, she says, has opened her eyes to how prevalent human trafficking continues to be and caused her outlook to change. “I feel that Cuatro Corridos is just a drop in the bucket. But now I know what we need to do about it. We need to start a conversation.”

And for the arts to remain visible on the public landscape, she says another battle must be won. “We’ve done a terrible job of being advocates for classical music. It’s disappeared. It’s not on the airwaves, it’s not in school curriculum. We’re not a society that has decided the arts are important. We haven’t pushed back on that. In Berlin, they do contemporary productions of traditional canon. The [concert halls] are 99 percent full and it’s a young audience. They created a conversation around the arts — and they never gutted the arts funding.” 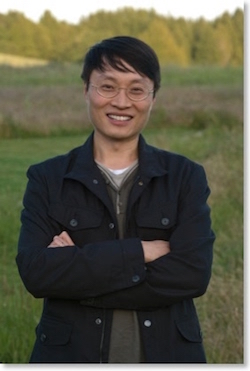 Narucki with Liang is in the first year of a three-year production cycle for Inheritance, an opera addressing gun violence in American culture. Drawing on the biography of the real-life Sarah Winchester, an eccentric widow who sought refuge from the spirits of people killed by Winchester rifles, the blend of facts and imaginative fiction parallel the nation’s ongoing gun debates. “We’re inviting people into her house that is like a labyrinth. We’re constructing a set that can be played like an instrument, costumes with things hanging on them that weigh her down,” says Narucki. Importantly, the libretto doesn’t presuppose a given viewpoint. “You can’t have a conversation if you do that,” she says. “We hope to create a piece that’s both dramatic and contemplative.”

And just in case people more scientifically inclined wonder if Narucki’s populist take on classical music leaves them out in the cold, there’s a production still in its infancy. She is working with Mexican composer Arturo Fuentes, and says “ideas are bubbling up” about an opera that explores artificial intelligence and the human voice.