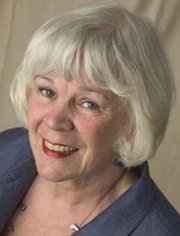 At the Sacramento Philharmonic the future is looking a lot like the recent past. That comes by way of the organization suddenly parting ways with its Executive Director Marc Feldman last week. In replacing Feldman the orchestra has tapped his predecessor — Jane Hill — to run the orchestra. Hill led the orchestra from 2002 to 2007 as its executive director. Hill, 71, takes over the orchestra on July 5.

The decision to hire Hill was made at a meeting of the Philharmonic’s board Tuesday night, said Sacramento Philharmonic Board President David K. Nystrom. “We have a one-year tenure agreement with her [Hill],” said Nystrom.

Feldman’s unexpected exit from the organization was announced as a resignation by Nystrom. However, neither Nystrom or Feldman would comment on the specific reason for Feldman leaving.

“Marc has made a large contribution to the Sacramento arts community during his four-and-a-half-year tenure as Executive Director,” said Nystrom.

However, a former board member suggests that Feldman was forced out by its board. “I regret that Marc's been let go and I don't like the way it was done,” said Elaine Myer, who resigned from the board June 3. Myer said her resignation had nothing to do with Feldman leaving, instead she had grown frustrated with her board membership, which began last year. The orchestra is conducted by its Music Director Michael Morgan and operates on a $1.5 million budget. “I think Marc lost the confidence of some of the people on the board," said Sacramento Philharmonic conductor Michael Morgan. “You cannot operate an orchestra that way ... so, actually it's best for him that he not continue.”

Since Feldman came on board in 2007, outreach and diverse programming was one of the strongest attributes brought to the orchestra. Under Feldman the orchestra offered a one-of-a-kind program wherein Israeli and Palestinian musicians shared the same stage, under the direction of Morgan and Egyptian conductor Nader Abassi. The orchestra also forged a partnership with Carnegie Hall’s “Link Up!” program that has brought music education to three school districts in the region.

“Even if you're really good at your job, you’re not going to please everyone,” said Hill via phone from Omaha, Neb. Hill is currently at the end of an eight-month tenure as interim executive director of the Opera Omaha.

Hill said she was surprised to hear that the board and Feldman had stopped seeing eye-to-eye.

“I was there in the spring of 2010 to facilitate the writing of a grant proposal, and at that time it seemed to me that there was strong agreement about what the orchestra needed to do,” said Hill. “I admire a great deal about Marc and his mission that the orchestra should, visibly, be a big part of its community.”

Nystrom said bringing Hill back ensures the organization will achieve long-term stability, and fulfill the orchestra’s strategic goal of focusing on outreach and diverse programming. He also said that he wants to elevate the status of Morgan in the community and expects that Morgan will spend more time in Sacramento.