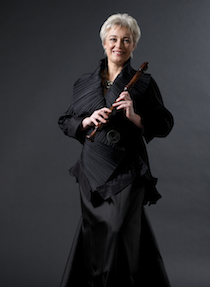 “I like to have concerts in which you don’t know what’s next,” announces Charles Amirkhanian, executive and artistic director of the Other Minds organization and its annual Festival, which opens this year on Feb. 28. “It just keeps things lively in the hall,” he continues, “and people know that if they don’t like one thing, they can tolerate it, because the next thing they might like.”

In the Festival’s 18th edition, there’s not a lot to not like, and there’s a great deal to discover. The three concerts, at the San Francisco Jewish Community Center, will include three performers on recorder and one on the Indian bansuri. “We got all these end-blown players, and we thought we’d show a different aspect of playing with a wind instrument that has no keys or reeds,” says Amirkhanian. “They’re difficult to play: The notes aren’t set out for you … like string instruments, you have to find the note. In fact, Michala Petri said that she decided to not play the flute, because it was too easy. She preferred the recorder, because it was much more of a challenge. Have you ever heard that from anyone?”

In search of delights for Other Minds, and to further broaden the eclectic tastes he manifested for several decades as music director of KPFA-FM, Amirkhanian attended a couple of Nordic Music Days festivals, in Copenhagen in 2010 and in Reykjavik in 2011. “This is a festival that started in 1888, at a place where all the Scandinavians get together and show their wares,” he explains. 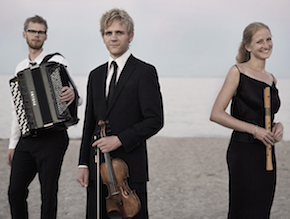 He found that “A lot of the composers are influenced by the Fluxus movement,” engendered in Europe and New York in the 1960s — “the idea that everyday life is art. The upshot is that some people, like [80-year-old] Pelle Gudmundsen-Holmgreen, one of the major composers in Denmark, put things into their music like foghorns and cowbells, not done as a joke, but the result is very humorous and ironic. And a lot of younger people in Scandinavia are doing that now: They’ll take toys and amplify them.”

In Copenhagen, Amirkhanian witnessed the Gáman Trio, which performed a piece by Sunleif Rasmussen from the Faroe Islands. “I thought it was outstanding and energetic,” says Amirkhanian. “And complicated, but the counterpoint and harmonies were so brilliant, the way they intersected,” that he invited the composer to the 2013 OM festival. In the process, he discovered that the composer is partnered with recorder player Michala Petri, “and that’s how she entered the picture. I spoke with her, and she said, ‘I’m starting to play contemporary music.’ The great Tartini virtuoso? And Sunleif said, ‘Yeah, I wrote a piece for her; do you want to include her?’” 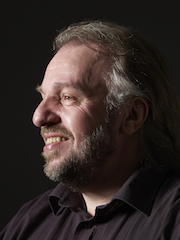 Amirkhanian instantly agreed. Gáman, which features recorder player Bolette Roed with accordionist Andreas Borregaard and violinist Rune Tonsgaard Sørensen, will open this month’s Festival with a program that includes the world premiere of Together or Not by Gudmundsen-Holmgreen and the U.S. premiere of Accvire by Rasmussen, whose Vogelstimmung will get its American premiere by Petri in the Festival’s third concert.

“We got some money from the Barbro Osher Pro Suecia Foundation, which funds bringing Scandinavians to San Francisco,” says Amirkhanian. “And it was enough that we could bring the Trio, Michala, Sunleif, and another composer from Sweden, Mattias Petersson. Mattias wrote a piece for Anna Petrini which blew me away; it was the best piece in the Nordic festival in 2011.”

Petrini, who plays an amplified contrabass recorder, will perform Petersson’s SinewOod, with two other pieces, in the Festival’s second concert. “I talked to her on the phone this morning, and she’s so excited. She said, ‘I’ve always adored Michala Petri, and I can’t believe I’m on the same program with her!’”

Amirkhanian points out that Other Minds will also be showcasing other sounds, from other parts of the world. “The second concert has this phenomenal Korean singer/choreographer, Dohee Lee, who I heard performing with Anna Halprin and just flipped over. She has the most amazing vocal range and she’s an improviser and composer. Her ARA is the Korean word for ‘ocean’ and ‘eye.’” Lee’s instrument, the stringed “eye harp,” was fashioned from metal by a Seattle sculptor in the shape of an eye. 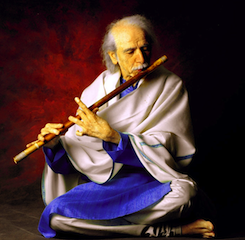 Amirkhanian had been planning for years to include bansuri virtuoso G.S. Sachdev in a Festival. His history with the Indian native dates back to the 1970s, when he helped solicit funds to pay for Sachdev’s passage to the Bay Area.

Canadian composer Aaron Gervais will contribute a piece in the mode of “spectral music, using closely integrated timbres. But this will be new for him, doing something composed for [Bay Area techno-vocalist] Amy X Neuburg.”

As with past Festivals, participants will spend several days before the concerts enjoying the Djerassi Artists Residence Ranch in the wilds of unincorporated San Mateo County. “Everybody raves about it,” Amirkhanian says of the Ranch–Festival combo. “They get the best food, the best time, the best walks, and the best friendships. It breaks down competitive instincts. And so, I think, it’s a formula that works.”

Tickets for Other Minds are available here.