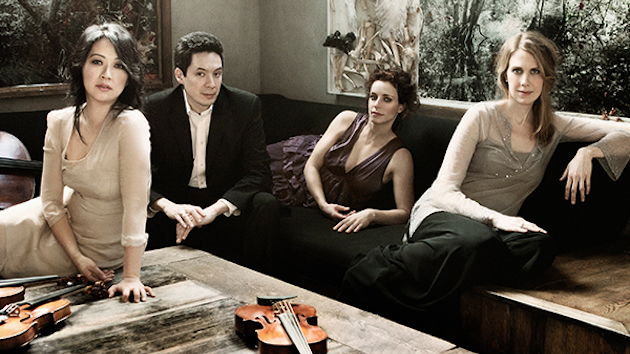 Among San Francisco’s unique cultural bonuses is the Morrison Artists Series, which has been presenting free chamber music concerts of exceptional value for six decades. Established in 1955 with funding from the May Treat Morrison Trust, the series has so far offered 350 admission-free concerts, attended by more than 150,000 listeners. The venue is the 700-seat McKenna Theater on the San Francisco State University campus. 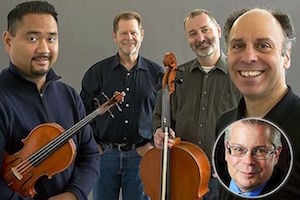 The season, curated by Artistic Director Richard Festinger, opens Sept. 18 with the Alexander String Quartet and closes with the German a cappella quintet Calmus on April 28, 2017. Highlights include:

— Inscape Ensemble from Washington, D.C., on Nov. 6, performing music by Paul Moravec and Olivier Messiaen’s Quatuor pour le fin du temps (Quartet for the end of time). They will be offering a master class at noon on Nov. 7.

— Peabody Trio on Dec. 5, with music by Beethoven, Ives, and Dvorák; master class at noon on Dec. 5

— Quatuor Van Kuijk on April 7, playing quartets by Haydn, Schubert, and Ravel; master class on the same day at 2 p.m.

— San Francisco debut of the Calmus Ensemble, with a program of words and music by Martin Luther on the 500th anniversary of the Protestant Reformation, along with other choral works

Festinger is understandably enthusiastic about the season:

The most fantastic ingredients are going into the 2016–17 Morrison Artists Series season, a season that’s truly global in scope — San Francisco debut performances by the internationally renowned Van Kuijk Quartet and Calmus Ensemble; a return to the McKenna Theater stage by the Juilliard String Quartet with their new cellist Astrid Schween; premiere performances of new string quartets, including the Morrison Artists Series first commissioned work, and so much more.

Because the series is so popular, Morrison is allowing advance, free reservations of two tickets per person, beginning one month prior to each concert, through the series’ website or by calling the SFSU box office at (415) 338-2467. Reserved tickets will be available for pickup at the box office beginning two weeks prior to the event or at the will-call box on the day of the concert. No reservations are necessary for master classes.

Commanday Speaks About the Birth of the San Francisco Classical Voice 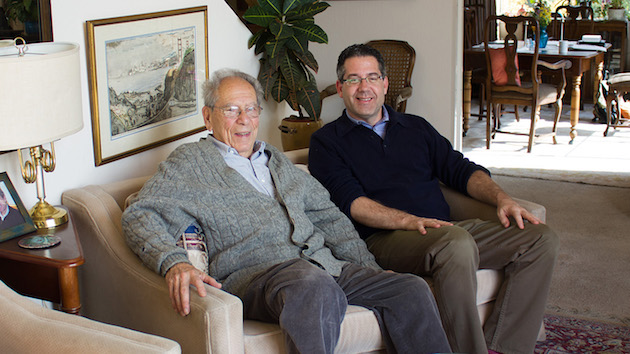 The late Robert Commanday, co-founder (with wife Mary) of the San Francisco Classical Voice, spent three days in interviews with Corey Jamason last year, just a few months before his death. The conversations formed part of the San Francisco Conservatory’s oral history project. (Another similar oral history project, one of the biggest in the world, is at UC Berkeley.)

There are six chapters about Commanday’s life, and the fifth — called “New Music and ‘Classical Voice’” — describes the beginning of the end of extensive print coverage of classical music, and Commanday’s decision to do something about it:

I retired from the Chronicle in ’93, and between ’93 and 1998 the decline in the newspapers and their coverage was so serious that something had to be done. It’s my firm conviction that a major reason for the greatness of the musical life in the San Francisco area had to do with journalism.

In the 1850s, right after the Gold Rush, there were 130 newspapers and journals in San Francisco, and they covered the arts. And all through the nineteenth century they supported, reviewed, covered the arts. They pushed and pushed and pushed and there was always that coverage. In the census of 1880, San Francisco ranked third after Pittsburg and New York in the percentage of subscribers to newspapers. Ahead of Chicago, ahead of Cincinnati, ahead of Boston.
...
A number of years ago the Music Critics Association met and voted San Francisco as the second most active classical music scene in the country. Ahead of Chicago, ahead of Boston, ahead of Philadelphia. It’s an amazing thing. But now, all of a sudden, it’s stopped. Today - in fact for the last ten years - there are only four full-time music critics on the whole West Coast. [Note from 2016: the current count is two.]

So one morning I got up and said to my wife, “I have an idea.” And it was Classical Voice ... I particularly was thinking contemporary music, because contemporary composers always were not sufficiently reviewed, and they were neglected by the paper when the paper was reviewing at all ...

[On Mary Commanday’s suggestion, he approached Gordon Getty with the idea] and I wrote a one-page proposal based on what I had learned: when you want to give a proposal to somebody, put it on one page — not more than one page. I handed it to him and three days later his secretary called me and said he would finance it, and told me how much he would give — and it was just the amount I needed to start. He’s been the angel of it ever since.

A transcript of the recording is also available on the Conservatory site. 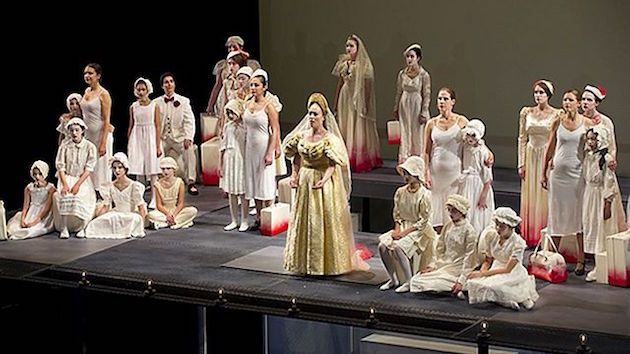 Opera Parallèle, San Francisco’s amazing, maverick company (with l’accent grave in the name that’s the bane of writers and editors outside France), has announced yet another daring season, even while it is searching for a new executive director. Fear not, Artistic Director Nicole Paiement and Creative Director Brian Staufenbiel, are still very much at work, but flutist/champion of new music Tod Brody has moved on to the Marin Symphony after three years of serving as OP’s first executive. 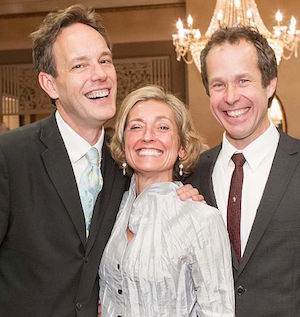 ​Carrie Blanding, a well-known management consultant, self-described as “specializing in interim executive director roles,” is filling that important position now at OP. (My own candidate, Mr. Executive Director in the world of music for the past half century, Peter Pastreich, just surprised everybody, probably including himself, by switching genres, and joining the American Conservatory Theater as its interim executive director.)

What’s up for Opera Parallèle for the next season, how will it follow up a distinguished record of local and global premieres?

No surprise: 2016–2017 will bring new and unusual works, such as new productions of Philip Glass’ Les Enfants Terribles and Jonathan Dove’s Flight, the world premiere of a new children’s opera, Xochitl and the Flowers, by Christopher Pratorius, and the annual “Up Close and Parallèle” gala.

The season runs from Oct. 8 through May 28, 2017, with performances at YBCA Theater and the S.F. Conservatory of Music. Paiement and Staufenbiel will manage the season, even with Paiement’s many engagements as principal guest conductor of the Dallas Opera and conducting elsewhere. She said of the San Francisco season:

It takes off with a world premiere and all new productions that typify our philosophy of giving wings to significant contemporary opera in intimate venues. We present a story taken from the headlines that underscores the tragic and sometimes absurd plight of refugees, a new children’s opera about the bittersweet leave-taking and home-coming experiences of immigrants in San Francisco’s Mission district, and celebrate the 80th birthday of Philip Glass with his hybrid opera-dance spectacle.

Each work explores the human need for belonging, and the search for meaning of home. We invite you to come explore the emotional depths, creative triumphs, and powerful theater of our season.

The season-opener is the annual gala, “Come Fly with Us,” on Oct. 8, in the San Francisco Marines Memorial Club. It is an evening of performances, cocktails, dinner, and a live auction to benefit Opera Parallèle. Former Adler Fellows Nikki Einfeld, Renee Rapier, and Eugene Brancoveanu will perform a “jukebox opera” exploring the “adventure and romance of travel.”