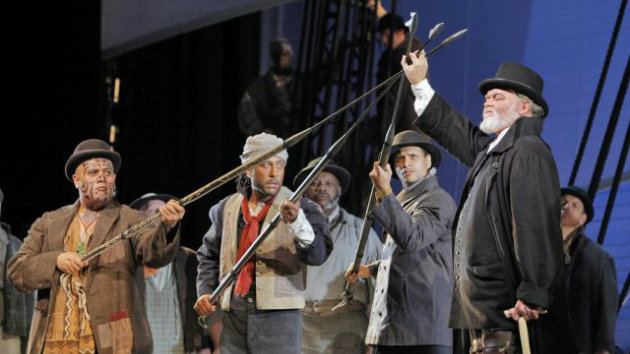 It was said of the British Empire, but those days are long gone, so it's Jake Heggie's turn to be ever-present.

• Delos/Naxos has just released a Pacific Symphony-John Alexander Chorale recording of Heggie's The Radio Hour. Called — probably incorrectly — the world’s first "choral opera," it is a one-hour work with a silent actress, narrative, and commentary from a choir. The recording also includes four art-song based choral pieces, with the participation of mezzo Susan Graham. 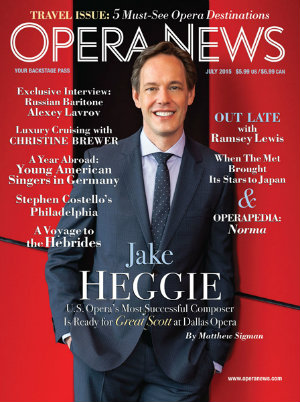 • Opera News featured Heggie in a cover story this summer.

• The world premiere of Great Scott, by Heggie and Terrence McNally at the Dallas Opera, Oct. 31-Nov. 28. It is a co-production with San Diego Opera, where it will be shown next May. The Dallas cast features Joyce DiDonato, Ailyn Pérez, Frederica von Stade, and Nathan Gunn. The opera is about the competition between a struggling opera company and a successful professional football team when their crucial opening night and the big game, respectively, coincide.

• Dead Man Walking in a new production at Indiana University, Bloomington, through Oct. 24.

• Moby-Dick at the Los Angeles Opera, Oct. 31-Nov. 28, conducted by James Conlon, with Jay Hunter Morris as Captain Ahab, the role he sang in the co-commissioned San Francisco Opera production in 2012.

• Three Decembers will be performed at Kentucky Opera, Louisville, Nov. 13-15.

And many more. Between our two "local composers," Heggie and John Adams, San Francisco and Berkeley combined have a lock on contemporary opera. 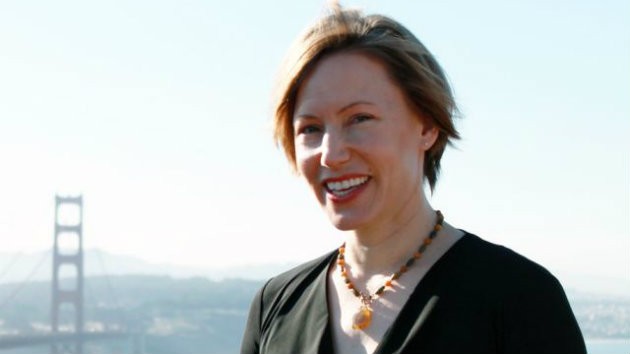 Lisa Oman has been named executive director of the San Francisco Contemporary Music Players (SFCMP), succeeding Rozella Floranz Kennedy, who took over the position from Carrie Blanding in 2012. Steven Schick continues to serve as the artistic director through the 2016­-17 season.

Oman, a trumpet player, has 15 years leadership experience in nonprofit administration, her last position was with UC Santa Cruz as finance director with the Humanities Department. She had founded and managed as executive director Composers and Schools in Concert, a nonprofit engaging high school students in contemporary music composition. She said of her SFCMP appointment:

I am thrilled to join the San Francisco Contemporary Music Players — a venerable organization with a history of presenting thoughtful, relevant and forward-thinking programming. I admire the excellent musicians at SFCMP, the artistic programming of Dr. Steven Schick, the work of the contemporary composers, and the long history of the organization. I have a great passion for making contemporary music accessible for the next generation and look forward to building on the great outreach and education programs SFCMP already has in place.

Co-founded by Jean-Louis LeRoux, Marcella DeCray, and Charles Boone as “Bring your Own Pillow” in 1971 and incorporated as a nonprofit in 1974, SFCMP has performed more than 1,200 new works by some 550 composers, including 150 premieres and 80 commissions.

The upcoming 2015-16 season, X-SCAPE, is dedicated to exploring new spaces, both literal and metaphorical. The Grisey Preview on Oct. 20 opens the SongScape events at the S.F. Conservatory of Music, followed by the full concert on Oct. 21. Week one of the season ends on Oct. 24, with a Barriere & Saariaho concert of works for solo instrumentalists with electronics, to be presented at Jewish Community Center of San Francisco, and including on-stage interviews with the composers. 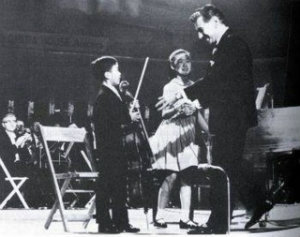 Making rounds on the web is a video from 1962, when Pablo Casals and Leonard Bernstein introduced Yo-Yo Ma, 7, and his sister, Yeou-Cheng Ma, 10, at the "American Pageant of the Arts," televised nationally.

With its obvious historical-musical interest (and Bernstein's passionate defense of immigration and "America as the land of opportunity"), the video also serves as a convincing demonstration that young talent — even in the Yo-Yo Ma class — needs education and development. If you heard the performance without knowing who is involved, chances are you wouldn't be impressed. Yes, of course, "he was only 7..."

This was the first mention of Yo-Yo Ma in the New York Times, which has followed up on the cellist with more than a thousand reports and reviews since. He turned 60 last week.

Yo-Yo's sister hasn't been in the headlines as much, but she has her own prominence as a Harvard-educated developmental pediatrician, who is very much involved with music as head of Children’s Orchestra Society.

Music ran in the family: their father, Hiao-Tsiun Ma, received a doctorate in musicology from the Sorbonne, and studied violin and composition at the Paris Conservatoire. Legend has it that he once taught a dog how to hum Chopin. 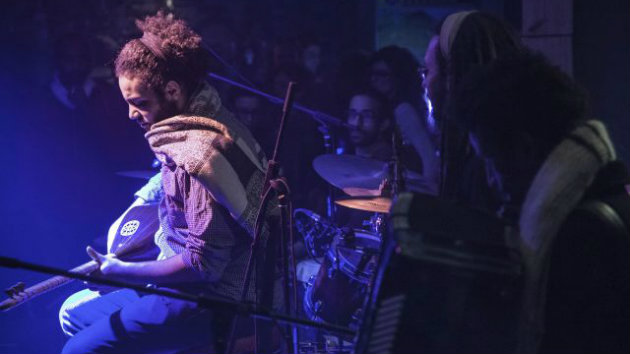 The unusual alliance between the U.S. Department of State and Bang on a Can's Found Sound Nation sponsors an international youth consortium called OneBeat. Montalvo Arts Center is hosting the annual residency bringing 25 musicians under age 35 from 17 countries and territories to Saratoga for collaborative production of music called "genre-shattering."

Among participants: Ng Chor Guan, a sound designer, composer, and environmentalist from Malaysia; Dragana Tomic, Balkan vocalist and ethnomusicologist from Serbia, one of the country's first professional female kaval (chromatic end-blown flute) players; Vieux Cissokho, a Senegalese Griot musician specializing in the kora, a 21-string lute-bridge-harp; and Katherine Suavita Niño, a circus performer and accordionist from Colombia, who works with communities affected by violence.

OneBeat culminates in a concert by the participants, open free to the public at the Montalvo Arts Center. It's on Oct. 25, from 2 to 6 p.m.