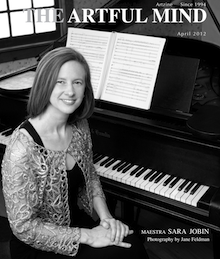 Sara Jobin — who led the San Francisco Opera/Cal Performances coproduction of The Little Prince five years ago, and was the first woman to conduct mainstage productions in the War Memorial beginning in 2004 — returns to her former home to lead another joint SFO-Cal venture, The Secret Garden, March 1-10.

She says of the Nolan Gasser-Carey Harrison opera:

It is a sweet and touching piece bringing the book to life, in a musical language that will be very easy for American audiences to take in.

We have a great cast of young and talented singers, with members of the San Francisco Opera Orchestra in the pit. I think kids and families will really enjoy it.

Jobin's local history goes back two decades: She conducted the Peninsula Symphony in programs where the music ran from Mancini to Elgar to Stravinsky, she was the accompanist for a South Valley Opera production of Don Giovanni, she headed the Tassajara Symphony, was active in San Ramon Valley educational programs (Frederica von Stade helped her raise funds), and worked in several positions on the SFO musical staff.

After conducting the SFO Orchestra in a quirky Opera Center triple bill of Jack Beeson's Dr. Heidegger's Fountain of Youth, Ernst Toch's Edgar & Emily, and William Walton's The Bear, Jobin appeared in the War Memorial pit to lead Tosca and The Flying Dutchman — the first woman in the company's then 81-year-long history.

Jobin's female predecessors at SFO, none at a mainstage subscription performance, included Kathryn Cathcart, who conducted student and family matinees of La Traviata in the Opera House, and others who led Showcase performances, and four appearing on the podium for Spring Opera: Fiora Contino, Paulette Houpt-Nolen, Judith Somogi, and Thea Musgrave. 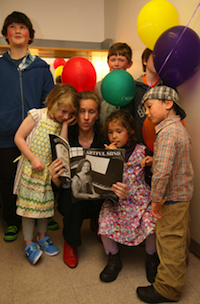 Jobin went on to conduct SFO in Norma and one of the world premiere performances of Philip Glass’ Appomattox, numerous productions in the Bay Area, including a West Bay Opera Macbeth, and premiered a suite from Stewart Wallace's Bonesetter's Daughter with Musiqa Houston.

Her current East Coast and European activity includes being music director of the Center for Contemporary Opera, where she premiered Michael Dellaira’s The Secret Agent in New York, reprising the work at the Armel Opera Festival in Hungary, and in Avignon, France.

Jobin's many credits include a rare series of American operas: Our Town, The Ballad of Baby Doe, upcoming productions of Susannah, The Tender Land, and Dead Man Walking as music director of Opera Idaho's Made in America Series. Also, the premiere of Philip Glass’ The Bacchae for the New York Shakespeare Festival; John Musto’s Volpone with Wolf Trap Opera; Der fliegende Holländer with Arizona Opera, and a "fire opera" version of The Seven Deadly Sins at the Crucible in Oakland. Jobin also appeared with many orchestras, premiered a suite from Stewart Wallace’s Bonesetter’s Daughter with Musiqa Houston.

Her recordings include Volpone by John Musto, nominated for a Grammy in 2010; on the Koch label she recorded the premiere of Chris Brubeck's Convergence, sung by Frederica von Stade. 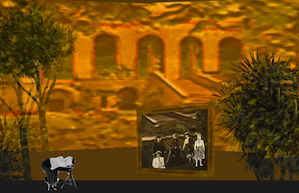 At age 16, Jobin attended Harvard and Radcliffe Colleges, where she was a Leonard Bernstein Music Scholar. She has a black belt in judo, and was the 1998 and 2006 National Champion and 1999 World Master Athlete Champion in Ju-no-kata.

Last Sunday, Jobin dedicated a broadcast of Madama Butterfly she conducted in Santa Barbara to her judo sensei, Shihan Keiko Fukuda, who died last month in San Francisco at age 99. "She was a 10th degree black belt, the highest ranking woman in the history of the sport," Jobin says. "I loved her very much, and Butterfly was her favorite opera."

In her spare time, she says, so to speak, she has been a member for a dozen years of the Glide Ensemble, the gospel choir featured in the movie The Pursuit of Happiness. Oh, and organic farming too — except on March 11, "when I speak to a group of Seattle Opera donors about 'the joys and challenges of being a female conductor in today’s opera world,' as they've advertised it ... then I fly to Shanghai to present excerpts of Amy Scurria's Pearl, an opera in development, with Carol Gilligan, John Bellemer, and Chinese singers at the American Culture Center at the University of Shanghai for Science & Technology."